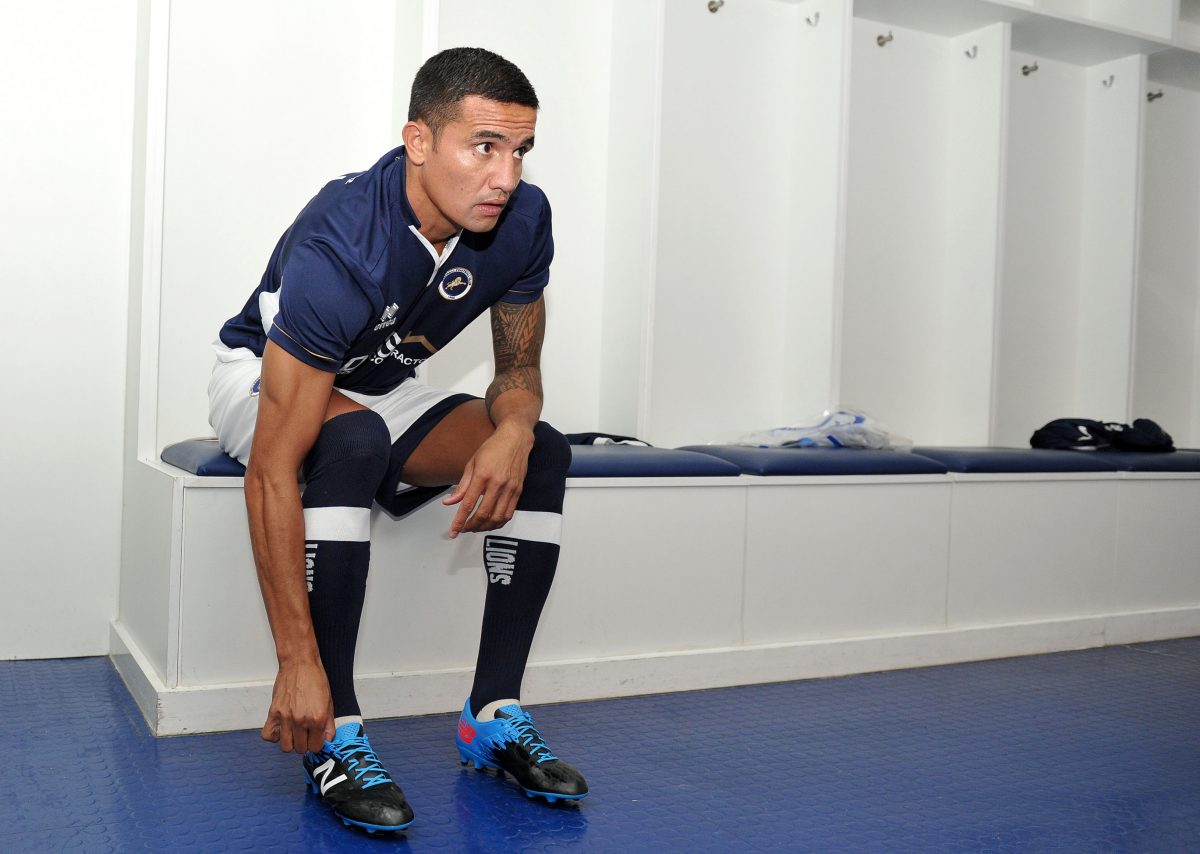 Younger members of Millwall’s squad have been tasked with becoming leaders by Tim Cahill.

The Australian international’s arrival in January was not only with the intention of impacting on the Lions’ first-team, but also because the Sydney-born striker’s professionalism would be an example of what is needed to reach the top of the game.

“I feel an affinity to this group and I’ll always be with them – whatever it is they need,” said Cahill, 38.

“I know there is another goal. I look at the group and feel now I want to see Jedders [Wallace], Willo [Shaun Williams], Hutch [Shaun Hutchinson], Mezza [James Meredith] become a leadership group.

“I want those five or six to take ownership of the team and drive it.

“I watched Jedders away at Ipswich, taking the ball when we were losing and driving across the pitch and creating chances – that’s a leader. Some leaders don’t need to talk.

“The week after [against Bristol City] and Jedders curls into the top corner. That’s not a fluke. That is a reward for persistence and hard work.

“There are a lot of unsung heroes here, especially the back line. If I had to write a portfolio on all these guys it would be a book, in terms of what I know about them now and their characters.”

Cahill’s homecoming at the end of January saw him working again with Neil Harris, but this time with the club’s all-time record goalscorer in the Den hotseat.

“It has been that way – player and manager,” said Cahill. “What he has done is build a group with character, charisma and heart. That is what he was all about and every single player is a slice of Neil. I think he knows that but because I’m a Millwall boy I can really appreciate it.

“I’ve told him how proud I am of him. As a club we don’t get the praise we deserve but it is a scary, scary thing what happened this year on this budget. It shows what can be built through identity and culture.

“It’s a template moving forward in how we evolve and take it to the next level. Neil has been exceptional, then you’ve got Livers [David Livermore] and what he does on and off the park. There is Adsy [Adam Barrett] behind that and all the backroom staff, like the kitman and the physios. They have all bought into this project.

“The one thing I want them to get credit for and be more confident about is their style of football. Against Nottingham Forest we’d have 16 passes before we created a chance.

“The belief has to be more now from the players and group to understand they can play football. It’s not just this ‘we kick it long’. Millwall mix it up but so do Cardiff and they are second in the league. We play football at the right times.

“I feel for the squad to evolve it needs to be strong, it needs an element of strength from the bench, in the stands and below. I look at big Tom [Elliott] as one of the most-improved strikers since I’ve been around. He is one I feel next year will be an out-and-out machine.

“I look at Fred [Onyedinma] and Aiden [O’Brien], I challenge them every day to come off the bench and give the best five minutes of their life for Millwall. To motivate players and have them in that mindset is important to me. Mine is constructive criticism. I like to think I’m someone who talks to them and is understanding. I support them through the good times, but more importantly the hard times.

“When Tom scores at Bolton, that’s a reward for him pushing the whole gym and coming in on his days off. Fred scoring at Birmingham, those are all big moments in a season that can sometimes make the difference between qualifying or not qualifying for the play-offs.”