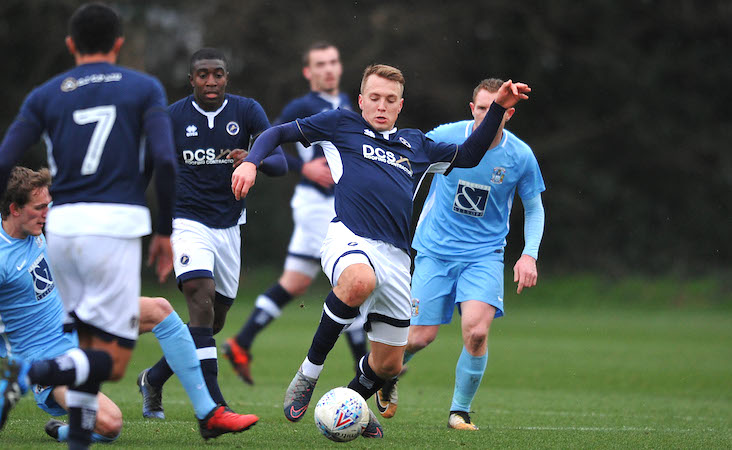 You probably think you have heard the story about the young Australian footballer who took a chance on making his name in English football by jetting over 9,000 miles to London.

But Tim Cahill is not the only one who went out of his comfort zone in a bold move to make his name.

There is a symmetry to the chain of events which led to Kristian Brymora, 19, joining Millwall. And now he has Australia’s most famous footballing export as a team-mate at the club’s Calmont Road training ground.

Brymora grew up in Newcastle, 72 miles from Sydney, but described himself as buying a “one-way ticket” when he headed to the UK in the summer.

“I didn’t have anybody here – I hadn’t even met my agent face to face,” said Brymora. “I lived with him for two months while I trialled with clubs over here. I learned a lot really quickly.

“I trained with Watford first, staying in a hotel nearby for a couple of weeks. Then it was back to west London and coming to Millwall’s training ground every day for almost two months until the deal came through.

“The first couple of months were tough and the weather was a shock. But you speak to James Meredith and Tim Cahill, they both made the same sacrifices.

“Of course I miss my family every day, I always want to see them, but this is my career and I want to get as far as I can.

“I had to give myself the best shot. If the worst comes to the worst then  I come home. I’d never know if I didn’t go. I had a couple of offers here and in Australia. I spoke to my parents, agent and girlfriend.

“I have a Polish background. Both grandparents flew to Australia after the war, which is how I’ve got Polish citizenship. I came here on my Australian passport.”

“He has been one of Australia’s greatest athletes. For all the young boys of my generation he was the pinnacle – I watched him in the 2006 and 2010 World Cups.

“There were articles back in Australia that he was coming back to Millwall and I got a couple of messages. I didn’t want to get hopes up. He’s someone I used to watch as a little boy. When it came through it was a bit surreal – that I’d be able to train with him, talk with him and get to play with him. It’s just a bonus of being here.

“His move was a bit of an inspiration, at the time I decided to come over. I was reading his book. I wanted to do the same as him.

“I’m looking for the skies. I want to play Premier League, like Tim Cahill did.

“That’s been my childhood dream, to go all the way. He has played with and against top players. It’s something every footballer should look forward to.

“He’s here to improve the team. He’s come back home to Millwall but at the same time he wants the team to get further up the league. He has a lot of time for the younger players. I’ve learned so much already and have got another four months, it’s just going to make it better.”

Cahill produced an assist for Brymora – a striker – to score in a behind-closed-doors match against Coventry last week.

Initially Brymora signed a deal until January 1. It was later extended until the end of the season.

“I’m starting to adapt. I’ve had a bit of football with the first-team and I’m understanding what Neil Harris wants. I’ve got a couple of goals and I’m getting 90 minutes every week. It’s exactly what I needed.”

Brymora made his debut at Newcastle Jets when he was 17 – still a youth player – and toured with the A-League club in China. But a change of coach saw him struggle to gain regular action before he quit his homeland.

Prior to that he had scored 18 goals in 24 NPL matches for the Jets’ youth side.

“At the end I felt I wasn’t getting anywhere,” he said. “The season is only over a six-month period, so not very long.

“I saved a lot but my parents also helped me get to this stage – I couldn’t do it on my own. They are still helping me now, from the other side of the world.

“I had my dad and three brothers come over for Christmas and I’ve also got my mum coming in March. They try to make it as often as they can.

“Other family and friends have visited me. Everyone misses me but they also support me and help me as much as they can.

“I really want to re-sign a new deal by the end of the season.

“But I just take it day by day – head down, work hard and the rewards come.”