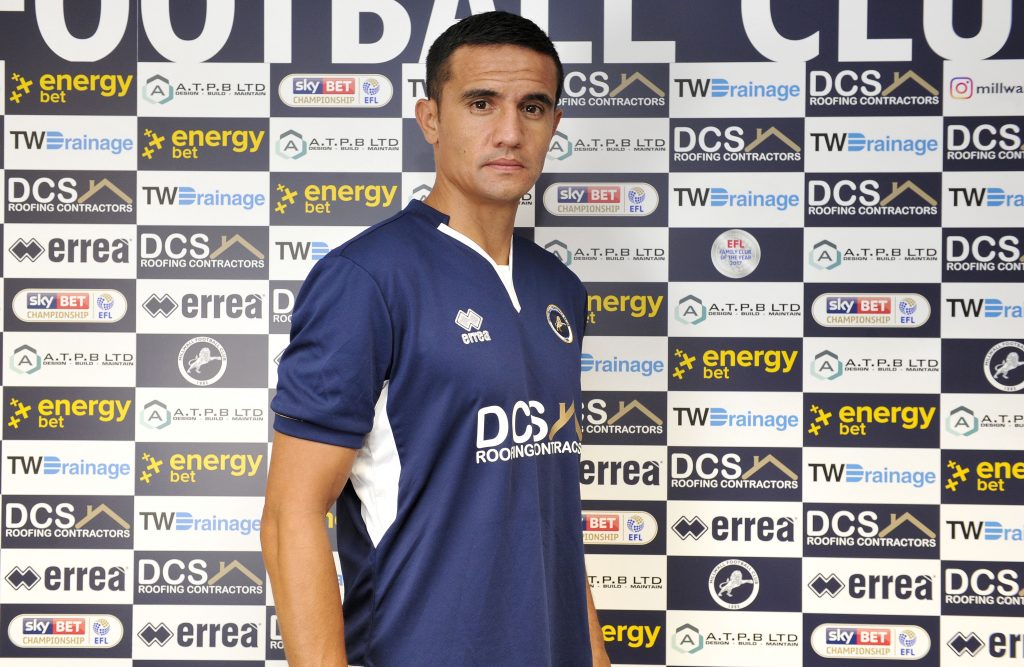 Millwall re-signed Tim Cahill – one of their most popular ever players – and here RICHARD CAWLEY answers some of the big questions about the Australian international returning to where his career lifted off.

When did Millwall announce the deal bringing fans’ favourite Tim Cahill back to The Den?

Can he play in tonight’s match against Derby at The Den?

That would be lovely, but no. Cahill was not signed in time to be eligible. He will be welcomed onto the pitch though, and even that alone is likely to boost the attendance. His first match could be Saturday’s away fixture at Reading.

Seven. The same number was worn by David Worrall last season. Previously took the number four shirt when last in a Lions shirt, currently in possession of centre-back Shaun Hutchinson.

How many years since he was last a Lion?

“He is a different player to what he was years ago – he plays a little higher up the park now. At 38, he is in terrific shape. To start with, we are thinking about impact – someone to come off of the bench and give us that little lift, someone to lift the crowd and someone to pass on that knowledge when in front or behind.

“What he will bring into the dressing room is standards and leadership. He lives his life in the right manner. He’ll be the first in and the last to leave. He’ll add to the leadership we already have at the club in Steve Morison and Tony Craig. Because of the shape he is in, he’ll demand everyone is at that level.”

“It’s hard to put into words [what it feels like to wear a Millwall shirt once again]. I’m still taking it in now. The first thing I wanted to do when with Neil was to walk on the pitch and in the tunnel and have that feeling again that brings back so many memories.

“Once you go over that white line, you get a nervous sensation back that I had when I was a 16-year-old when I first signed here.

“I use Millwall as an example to any footballer. If you can play at Millwall, you can play anywhere. I stayed as long as I could before moving on to the Premier League. There’s a whole understanding to playing for your club – it’s a responsibility for your fans. The connection with your fans is the most important thing for me. With social media today, they’ve stayed in touch and I feel like I’ve never been away.”