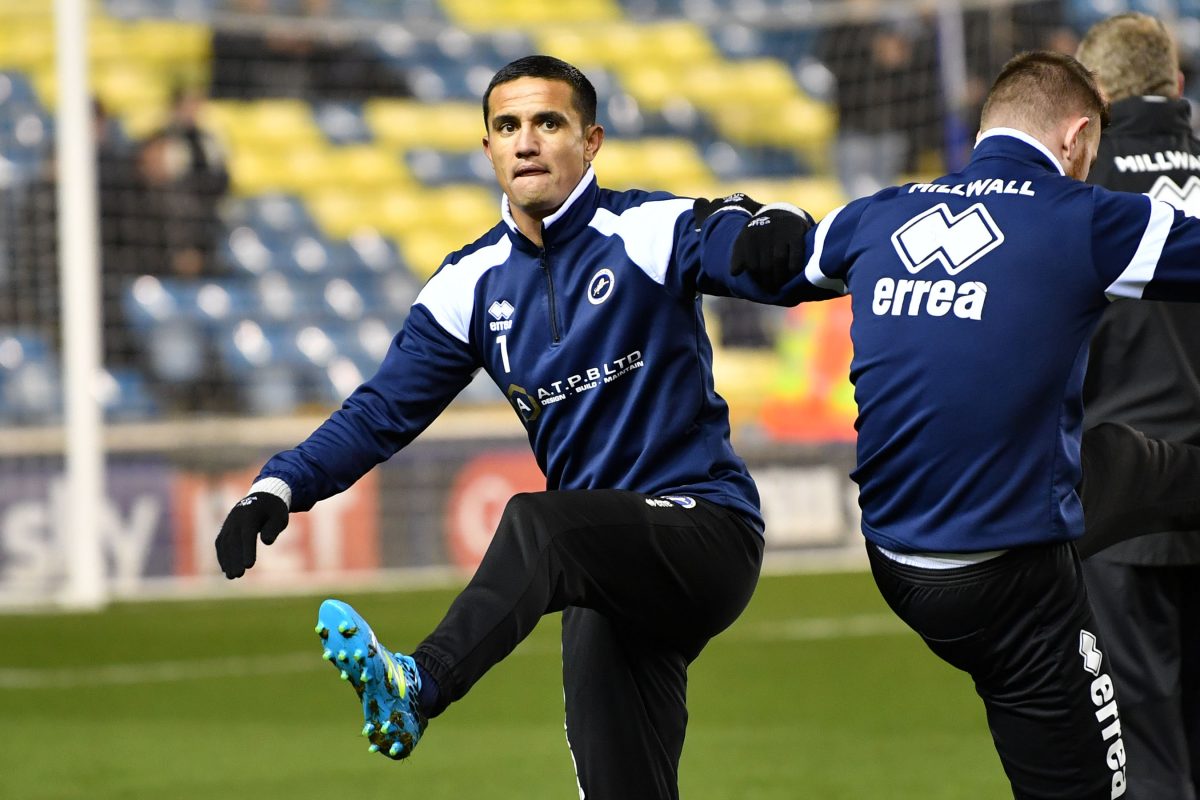 Tim Cahill will still be part of the travelling party for Millwall’s remaining Championship matches – even though a ban for violent conduct rules him out of the run-in.

The FA used video evidence to charge the Australian, 38, for an elbow on Fulham right-back Ryan Fredericks.

Cahill did not contest it and will serve a three-match suspension. It means the Lions legend would only be available for the second leg of the play-offs, if the South London club do extend their season.

The FA did not charge Fulham striker Aleksandar Mitrovic, who can be seen lashing out at Cahill moments after his clash with Fredericks.

And West Brom defender Ahmed Hegazi did not face punishment for punching Liverpool’s Danny Ings in the stomach on Saturday.

“I’m not worried about other teams or other players – it is more the process,” said Lions boss Neil Harris. “I spoke about that earlier in the season when we appealed Jed Wallace’s red card [against Burton Albion.

“Timmy committed the offence, it was wrong and he is very apologetic about it. He accepted the charge. But there are two other very similar incidents involving violent conduct where the same panel found them not guilty. I don’t understand that process. How people get to a decision doesn’t sit well with me.

“It is one rule for one and a different rule for another. What I’m trying to highlight is that the football industry need more consistency across the board – there is clearly not that at the moment.”

Cahill has been deprived the chance to play again at The Den as he would sit out the first leg of the play-offs.

The veteran, who signed for a second spell with Millwall in January, has been booked four times and featured 10 times – all of them as a late substitute.

“Nothing will change in the sense that Timmy will be in the training group and travel to Middlesbrough,” said Harris. “His daily routine will not change.

“He will be in the dressing room 10 minutes before kick-off and on the team coach travelling Friday. It gives an opportunity to another player to step into the group.”