Ernest Churchman escaped the rope and a long drop to eternity after claiming his sister-in-law “provoked” him into killing her – almost severing her head from her body with a knife he had grappled with her. But the Wimbledon father was still sentenced to five years of penal servitude. Here, JAN BONDESON tells another tale of a gruesome Victorian killing which shines a light on our modern attitude to fatal levels of domestic abuse.

Robert Churchman was a well-to-do London publican, who held the lease of the Woodbine public house at Finsbury Park, and the Green Gate in Tottenham.

He was fond of a drink or two himself, and so was his wife. Emma.

She had a furious temper and made her husband’s life quite miserable.

Her mental health left much to be desired, and she made several dramatic suicide attempts, through cutting her throat, setting her clothes on fire, leaping out of the window and drinking carbolic acid.

In his 40s, Robert Churchman fell ill, and was no longer up to keeping a pub.

The couple went to Merton Park, where Robert took a confectioner’s shop.

As Robert lay ill, Emma twice tried to murder him by stuffing a large pocket handkerchief into his mouth, but his sister, a Mrs Henrietta Matthews, managed to save the ailing ex-publican.

After Robert Churchman had died in November 1909, Emma moved in with his widowed brother Ernest, another former publican, at 5 Chestnut Road, Raynes Park.

Ernest Churchman, a timid and unassuming middle-aged man, soon realized his mistake, since Emma soon ruled the household with an iron hand.

In her fits of fury, she threw plates and glasses at Ernest and his daughters, and kept a sharp knife in her pocket, to threaten them with.

Emma had brought with her two angry little terrier dogs, and when she was drunk, she liked to set these animals on Ernest’s children.

In early February 1912, Emma went on a proper drinking bender, ending up in a police cell. The Wimbledon Police Court fined her 10 shillings for being drunk and incapable.

She replied ‘Come at once’ and she did come, later the same day.

After she had said she was pleased to see him, the following extraordinary conversation took place: ‘You won’t be pleased to see me when I tell you.’ ‘Whatever is the matter?’ ‘I have done Emma in.’ ‘What have you done?’ ‘I have cut Emma’s throat.’

Mrs Matthews persuaded Ernest to give himself up to the police.

The same evening, some officers raided the house at 5 Chestnut Road.

In the ground floor front room, they found the body of Emma Churchman, the head nearly severed from the body.

At the inquest Emma Churchman, her brother-in-law Owen Churchman outlined all her demerits, and so did Henrietta Matthews.

Mildred Annie Churchman, Ernest’s 16-year-old daughter, testified that she and her younger sisters had been very frightened of the termagant Emma. 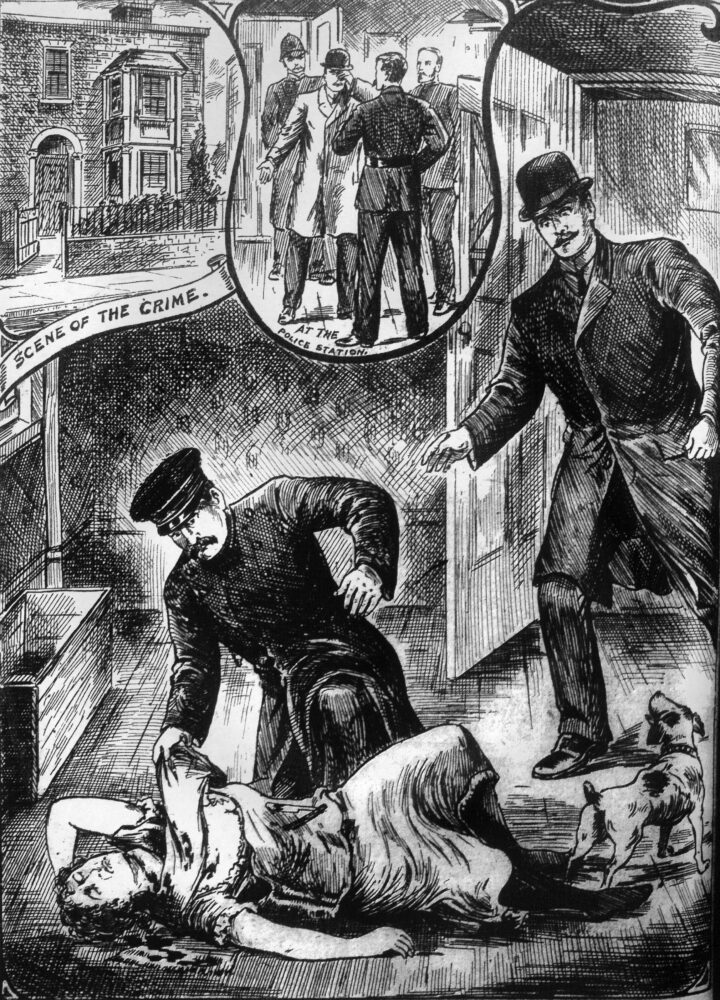 The landlord at 5 Chestnut Road testified that due to the many angry quarrels taking place at the premises, the Churchmans had received notice to evacuate the premises.

Ernest had removed his furniture to Epsom, but with her usual stubbornness, Emma had refused to go, even though Ernest had offered her £50 to leave.

When asked to explain himself, all the pathetic Ernest Churchman had to say was “It is quite true – I have had a terrible life with her.

“She used to drink and swear at my children. She had been rowing all morning, and took a knife up to me, but I got it away from her.

“When I went in she came for me, and I suppose the continual worry overcame me at last, and I lost myself.”

A witness had seen Ernest standing at the front room window after the murder. The ex-publican had “presented a peculiar appearance, as he appeared to be half-demented by the way he was grinning”.

The coroner’s jury returned a verdict of wilful murder against Ernest Churchman, adding that the act had been committed under extreme provocation.

At the Old Bailey, Ernest pleaded guilty to manslaughter, and this plea was accepted by the prosecution.

Stating that he had “evidently submitted to a long course of provocation”, Mr Justice Horridge sentenced him to five years of penal servitude.