A new manager means change. But one Millwall player who looks absolutely nailed on for a starting spot against Stoke City tomorrow is Tom Bradshaw.

New Lions boss Gary Rowett was in the Den directors’ box on Tuesday night and saw the number nine take his goal tally for the season to six. 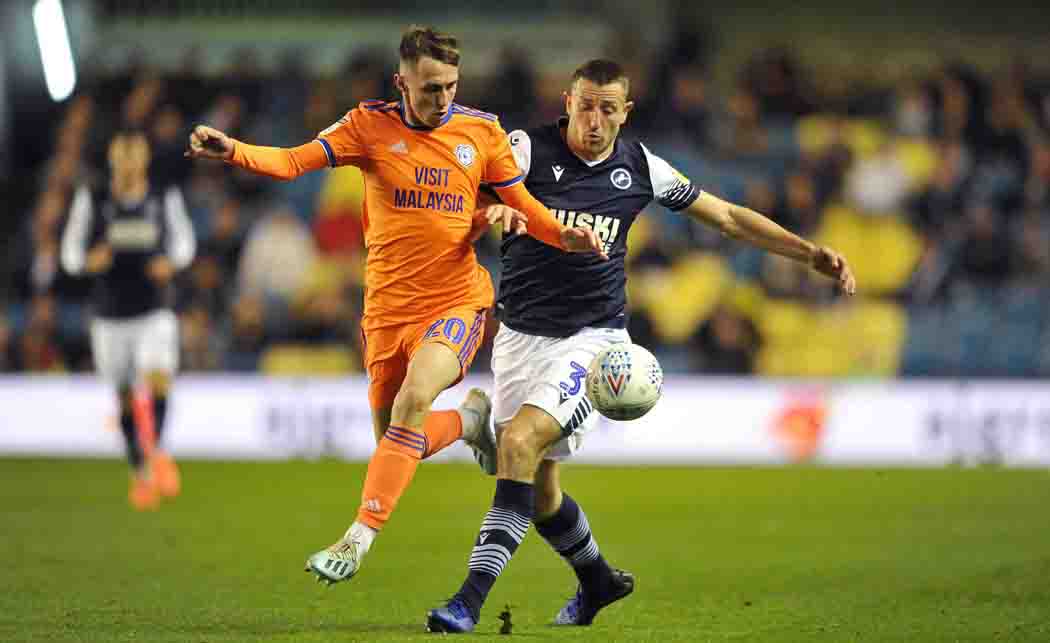 Bradshaw has netted five times this month and in the last four matches. You have to go back to December 2014 for the previous time he had managed that scoring run in consecutive fixtures.

His first against Cardiff was not the cleanest of finishes – the ball taking a deflection on its way in.

Not that Bradshaw will give a damn about that.

But his 77th-minute leveller bore all the hallmarks of a forward whose confidence is sky high.

Kudos to substitute Jon Dadi Bodvarsson for the deft assist in the build up, and then the Wales international took two touches inside the penalty area to step inside Aden Flint before finishing sweetly across Neil Etheridge. 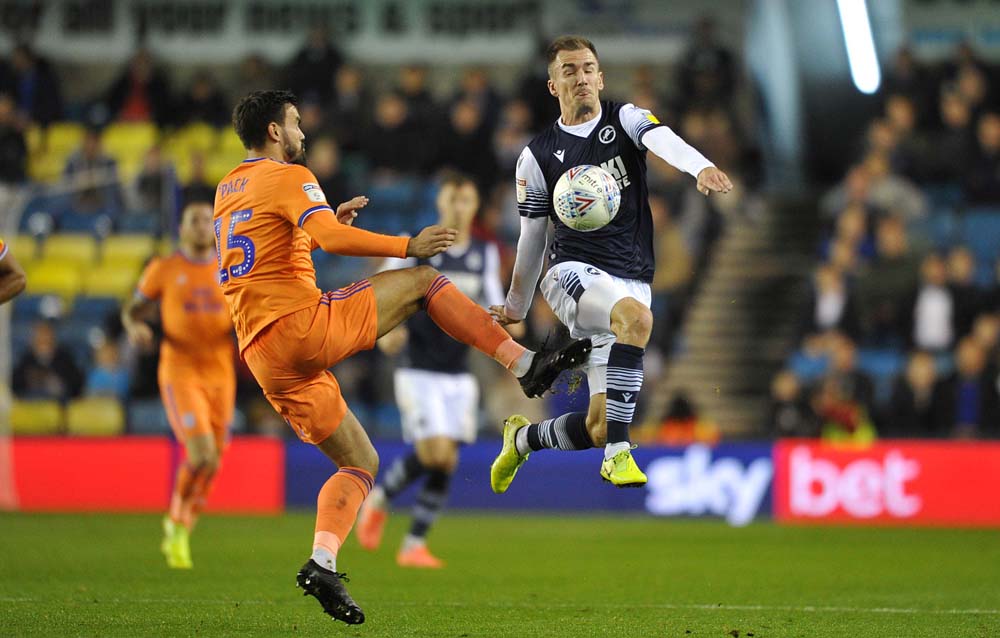 Bradshaw had eight goals at this stage of the 2017-18 season for Barnsley, but three of those were in the EFL Cup. All but one this time have come in the Championship.

After a tough first campaign in SE16 –  written off early due to cruciate knee ligament damage – he is beginning to pay back the seven-figure fee he cost to prise away from the Tykes.

Bradshaw is more than halfway to the total that Lee Gregory scored in his last two seasons with Millwall -10 – although he shared top-scorer status with George Saville in 2017-18.

What’s been most impressive is Bradshaw’s conversion rate. He is not getting loads of chances.

Gregory did miss good opportunities – even glorious ones – during his time at Millwall. That’s not meant as a slight on his contribution to the Lions’ success under Neil Harris, because it was very significant, but Bradshaw is not spurning those moments. He is averaging a goal every 119 minutes.

How nice it would be for Rowett to have a prolific Championship striker already in the squad he has inherited. 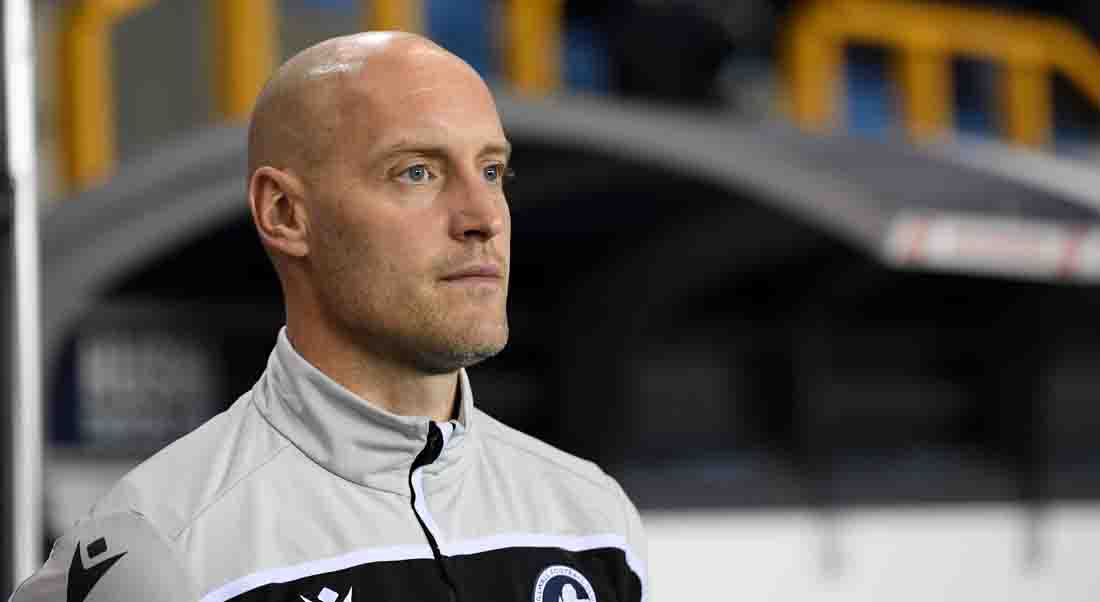 The last player to score 15 goals at this level for Millwall was Darius Henderson in 2011-12, when his front partner Andy Keogh also reached double figures.

It’s too early to be bullish that Bradshaw will get near to Henderson’s total – and it would be more than he has previously managed in the Championship – but along with Jed Wallace he looks to be one of the first names on the teamsheet.

The initial aim for Rowett as he sizes up the keys issues is likely to be tightening up at the other end of the pitch.  Millwall have not kept a clean sheet in the league since August 17 – 10 games ago.  While they have only not scored at Fulham and Blackburn in that period, they have lacked the defensive stability that saw them do so well in their first season back at this level.

They looked vulnerable against Cardiff, particularly in the opening 45 minutes when Neil Warnock’s side looked to attack down the left through Junior Hoilett. The winger’s 12th-minute cross was headed in by Danny Ward, who had drifted off Jake Cooper to find space.

And it was Hoilett who restored their lead in the early stages of the second half with an excellent low curling finish beyond Bart Bialkowski.

The Lions keeper, who made some excellent saves in Saturday’s late collapse at Brentford, kept his side in the contest soon after that. First he denied Flint from close range and then from the resulting corner he got down very quickly to his left to keep out Sean Morrison’s effort.

If either of those chances had gone in – opening up a two-goal advantage for the Welsh outfit – then I think it would have been game over.

Instead Bradshaw’s second equaliser of the night properly pumped up the volume in the Den for the first time.

Warnock, never one not to indulge in hyperbole, described the fact his Cardiff side did not win as “scandalous”.

The Bluebirds definitely fashioned more clearcut chances on the night but that kind of comment suggests it was one-way traffic, which was simply not the case.

There had been just six goals in the last eight league meetings between these two clubs – in the bottom two for possession in the division this season – but this was not a bad watch at all.

Adam Barrett took four points from a possible nine during his spell as Lions caretaker manager – which is respectable. Now we get to see if Rowett can have an early impact.