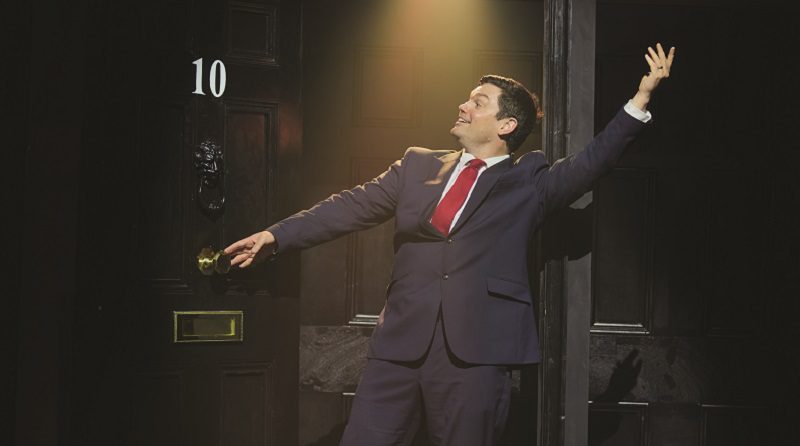 This week I managed to catch TONY! [The Tony Blair Rock Opera] at the Park Theatre – and regardless of my own reaction to the show, I don’t remember the last time I saw a show that had so dramatically divided the critics.

Of course, there are always individuals that disagree among the press, as there are in any group of audience members, but you generally find some kind of consensus, with critics ranking a show somewhere between excellent and pretty good, or awful and acceptable.

Critics tend to congregate around a broadly similar response, recognising quality writing, innovation, a level of production values, regardless of whether the show is to their personal taste or not.

Not so, however, for this new musical, written by comedian Harry Hill with his writing partner Steve Brown.

Described by the theatre as “A reckless reappraisal of the life of former Ugly Rumours front man and Britain’s first pop Prime Minister”, the Daily Mail’s Patrick Marmion raved about the show, describing it in his five-star review as a “gleefully childish and daringly taboo rock opera spoof… I was laughing so much I struggled to swallow my beer”.

On the other side of the fence, the i newspaper’s Sam Marlowe found the show “about as entertaining as being repeatedly poked in the ribs by a sniggering pub bore” and awarded it a solitary one star.

So what is it about this show that is dividing the crowd so much?

It could be the political subject matter, with audiences taking their seats on either the red or the blue side of the House of Commons, or on the ‘for’ or the ‘against’ side of the debate on the war.

It could be a symptom of the now near-impossibility of responding satirically to politics, when politics have become so absurd.

Satire at its best takes a real situation and magnifies it to a point that is universally accepted to be ridiculous, but when politics is represented by a US TV personality becoming president, a surely dementia-riddled warmonger leading Russia, and a party-loving buffoon taking care of business at home, where can the satirists go?

The answer I think lies in the slapstick comedy style of Harry Hill, so if you love his TV comedy you’ll love this and if you want a resurgence of the heyday of Spitting Image and Private Eye then you’ll hate what seems like silliness.

Gordon Brown in a hulk mask throwing a rag-doll Blair around the stage – that’s the style of comedy on offer here.

That’s not to say the show doesn’t have a (daft but) memorable sting in the tail, but to understand the two hours that lead up to it you have to accept that the only way to make comedy out of politics nowadays is to be thoroughly and unashamedly daft.

Not everyone is going to like that, (the Metro referred to the show as “musical Marmite”, which seems to sum it up), but clearly those who do are absolutely loving it.