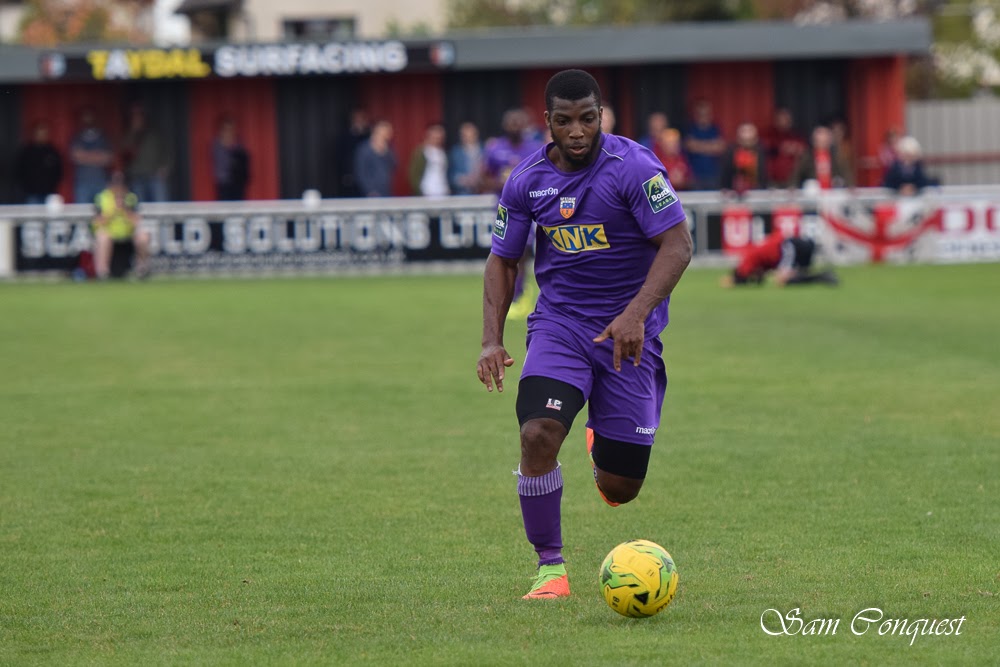 Saturday’s 3-0 victory at Brightlingsea Regent was the Terrors’ first clean sheet of the campaign.

Wilson’s side amassed 105 points on their march to the Ryman League South Division title last season but a 4-3 home win over rock-bottom Worthing on October 7 was their first three-point haul since promotion.

Tooting boss Wilson said: “We want to get away from last season and focus on the challenges of this division.

“It was a brilliant result against Brightlingsea. It’s a slight turning of the corner with our first back-to-back wins and clean sheet.

“We’ll be confident facing Tonbridge Angels on Saturday, but we’ll need to produce another good performance to get a positive result.

“Tonbridge are well-established in this division and in some ways are a club we would like to emulate in terms of consolidation. We’ll need to be switched on from the first whistle on Saturday.”

The Terrors are 23rd in the table but opened up a six-point gap on bottom club Worthing.

Striker Omar Folkes, signed from the Sussex outfit in September, netted his fourth goal of the season in the win over Brightlingsea. He appears to be forging a productive partnership with Mike Dixon, who joined Juevan Spencer on the scoresheet.

“Omar has been brilliant,” said Wilson. “It’s not easy to come into a team as a new player and lay down a marker when we were struggling for form. But he’s been excellent since and has led by example.

“Omar and Mike were unplayable against Brightlingsea – it was a joy to watch.

“Teams from the bottom five are getting results against teams in the top half, which shows how unforgiving this league is. You must work very hard as a minimum to get a decent result and that’s what we’ve done in the last two games.”

Wilson has injury concerns heading into the Tonbridge fixture and is close to signing another centre-back to bolster his defensive options.

Versatile former Hendon defender Sam Flegg, 25, has been training with the squad.

Wilson said: “Sam has been training with us the last week and he’s impressed so we’ll plan to make a decision on him this week.

“We sent a message on social media to the supporters – who came out in their numbers to Brightlingsea. We hugely appreciate it and their commitment to the team hasn’t gone unnoticed.”