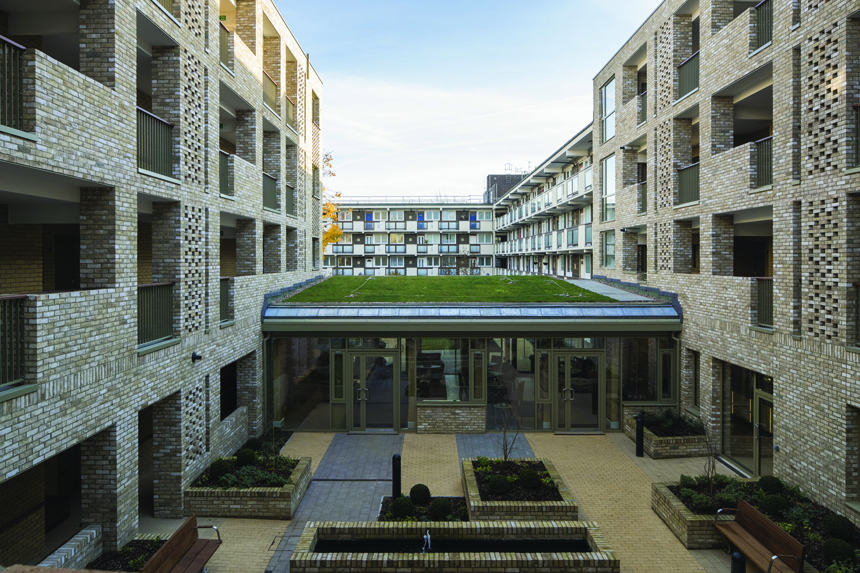 A block of care homes in South-east London has won a top architectural award.

The development, which was completed in November 2017 and designed by architects Levitt Bernstein, contain 60 extra care flats.

Extra Care Housing is housing designed with the needs of frailer older people in mind and with varying levels of support available on site.

Beryl Goodhew, a resident at Hazelhurst Court, said: “I never expected my new home to be as lovely as it is. I don’t think they got anything wrong when they built this, they did more than I thought they could do.

“It’s so beautiful. My friends have all told me how lucky I am, and how they wish they were moving in, too.”

The new homes were built with funding contributions from the Mayor of London, Sadiq Khan, and Lewisham council.

Care is provided to residents in need by Notting Hill Housing. Jim Ripley, Phoenix chief executive, said: “We’re absolutely over the moon to see Hazelhurst Court recognised by the RIBA in this way. Hazelhurst is Phoenix’s first residential development and we’re incredibly proud that it’s been so well received.”

A total of 93 buildings across the capital were shortlisted for the RIBA London Regional Awards this year.

More than 200 projects were entered into the scheme and all shortlisted buildings were assessed by a regional jury.

The winning buildings were announced at an awards ceremony on Tuesday, May 15.

Hazelhurst Court has also been shortlisted in the Housing Design Awards, with the winners expected to be announced in July.