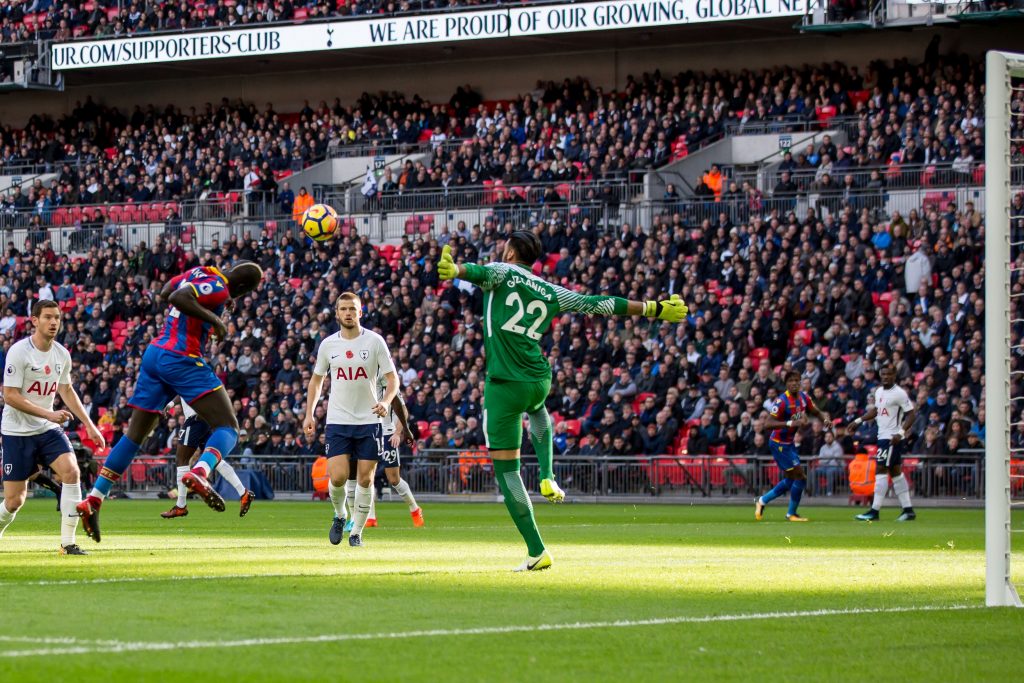 A second-half goal from Heung-Min Son condemned Crystal Palace to a ninth Premier League defeat of the season, as Tottenham took advantage of a defensive error to seal a 1-0 victory.

It took just two minutes for the first chance to be created, as Wilfried Zaha dinked a cross into the area for Mamadou Sakho, but the defender was just too far behind it to get the touch into the back of the net.

The Eagles may have felt aggrieved that referee Kevin Friend failed to award a penalty as Paulo Gazzaniga, making his Tottenham debut, appeared to catch Sakho without touching the ball.

Harry Kane tried a snapshot from distance after 10 minutes, but it was a comfortable save for Julian Speroni.

Spurs piled on the pressure, but the Eagles were grateful for the returning Sakho, who cleared the danger from the area on several occasions. Danny Rose later had joy down the Palace left but Scott Dann was there to clear.

Zaha was the main threat for Palace, and he galloped down the left, but was unable to convert pressure into anything more meaningful as the two sides began to cancel each other out.

Danny Rose had a great chance to open the scoring at the back post after half an hour, but he horribly mistimed a header and it went begging.

But it was a mistake from Sakho which led to the best opportunity of the half, as he sliced a clearance to Kane, but the England striker – who has been in fine form this season – headed over the bar.

Palace went up the other end immediately, and won a corner through Zaha. From the resulting set-piece Scott Dann headed towards goal but Gazzaniga pushed it away, and no-one was there to apply a finishing touch on the follow-up.

The second half began well for the Eagles as Townsend pounced on a poor pass to bear down on goal. He made some space to get a low shot away but the Spurs keeper was again down well to make a strong save just two minutes after the restart.

They should have taken the lead on 55 minutes when Townsend received the ball from a misplaced pass, and on the halfway line he played a through ball for Zaha down the right. Gazzaniga hesitated and the Palace man beat him to it, but with the goal gaping, his shot trickled agonisingly wide of the post.

Suddenly they were in the ascendancy, enjoying their best spell of the game and roared on by a vocal away following.

But the hosts came back, and Son capitalised on a failed clearance by Yohan Cabaye after a spell of pressure, to curl the ball beyond Speroni and open the scoring on 64 minutes.

The game petered out again, both sides traded possession, and even when Roy Hodgson brought on Bakary Sako to replace Joel Ward and switch up the tactics – moving Jeffrey Schlupp to left-back – there was little improvement.

Jan Vertonghen intercepted a Luka Milivojevic pass with 10 minutes to go, and played in Son, who with only Speroni to beat, placed his effort into the side-netting when he should have put the game beyond Palace.

Spurs again got behind the defence – now playing a very high line – but Son dallied on the ball and Sakho was there to make the tackle.

Ruben Loftus-Cheek, who was quiet throughout – surged forward with a minute to play and released Townsend down the right. He beat his man, but his cutback was intercepted. It rather summed up the performance – there was no end product.

That would be the final meaningful action of the game as Palace followed up last week’s draw against West Ham with defeat at Wembley.