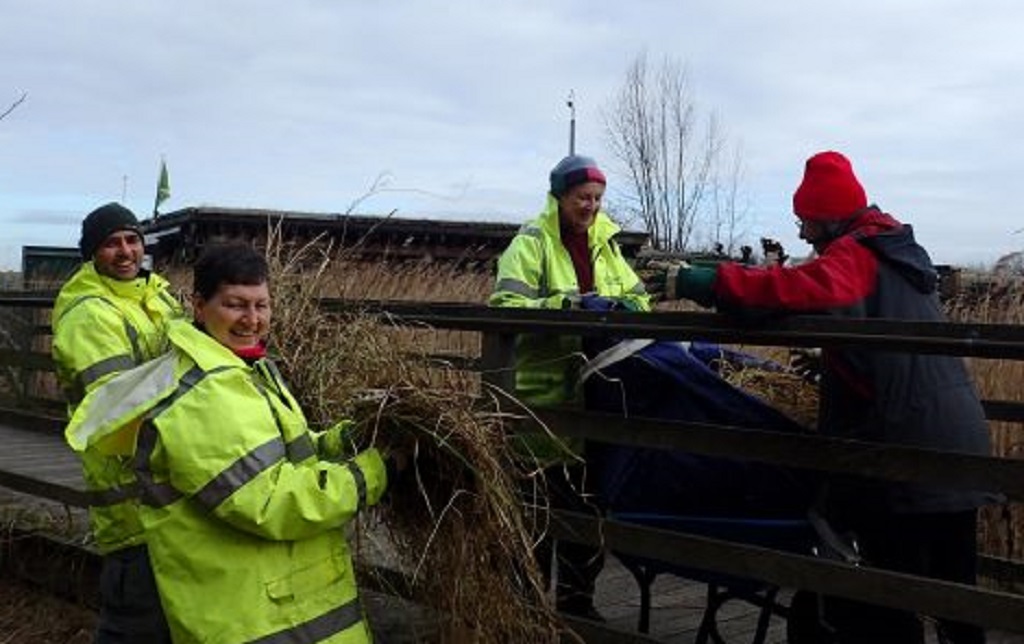 Residents vented their fury as a treasured wetland park is threatened by shadowing from a tower block.

If the new proposals are accepted by the council, the plot will be lowered from 20 storeys to 13 at its highest, and will include 66 new flats, four of which will be affordable.

But volunteers who help maintain the Greenwich Peninsula Ecology Park (GPEP) are still concerned about the building’s ecological impact.

Annie Mitchell, a volunteer for the Friends of GPEP group, said: “Building their [GMVL’s] 13-storey tower so close to the park will irreparably damage its wildlife and delicate ecology. They think that lopping off a few storeys will be enough to shut us up, but we want to say loud and clear, 13 storeys is unlucky for some, the birds, rare bees, insects and flowers that all need sunlight to thrive.

“The tower will make a simple walk through the park a much chillier and darker experience for all.”

Outline planning permission for the GMV Masterplan was granted in 2012 and included a 20-storey building at Plot 201.

But GMVL and the council experienced a backlash last year when GMVL hosted the initial public consultation to showcase proposals for plot 201.

GMVL, which is made up of a partnership between Taylor Wimpey and Countryside, are under no legal obligations to make amendments to plot 201 and have said they are making these compromises out of a desire to engage with the community.

Ms Mitchell, 63, who lives at Faraday Lodge overlooking the park, said: “The council must bear some responsibility for this.

“They have been hugely neglectful by allowing the development to go ahead without seeing for themselves the exact plans for the building first and understanding the ecological impact.

“This is not about legality it is about morality.”

Another member of Friends of GPEP Sue Younghouse said: “I have volunteered in the park for more than nine years and we now have a very beautiful wildlife oasis, in the middle an increasingly built up area.

“Taylor Wimpey and Countryside feature the park heavily in their advertising.

“Building this 13-storey tower block will destroy all our hard work, but ironically it will also destroy the very reason some people choose to buy here.

“It has taken years to get funding to build a small classroom in the park for children and it is being built right now. It is so sad that this tower block will put it, and a really popular pond dipping area, in the shade.”

David Kavanagh, Project Director at GMVL said: “We are committed to working with the local community and encourage our neighbours and stakeholders to provide us with their comments on the revised proposals.

“GMVL recognises that the Ecology Park is an integral part of Greenwich Millennium Village.

“Our plans include a new Ecology Swale  and extensive new roof habitats. We very much see the Ecology Park as part of the continued success of GMV.”

The park is four acres of freshwater habitat on the banks of the Thames that has been open to the public since 2002.

It is owned by national land management charity the Land Trust, and managed on its behalf by The Conservation Volunteers.

The park is four acres of freshwater habitat on the banks of the Thames that has been open to the public since 2002.

We contacted Greenwich council but did not receive a response as we went to press.