Fastest in the wet qualifying conditions, Horsman’s gamble to stay out on wet weather tyres backfired as the track began to dry quickly and he finished the session with a best lap of 1:47.751, putting himself 16th on the grid overall for race one and 4th in the GP2 class on the combined British Supersport/British GP2 grid.

The circuit was completely dry by the time the 12-lap Sprint Race commenced on Saturday afternoon. The Chassis Factory Go Racing Developments SGR rider did not make the best of starts dropping to 18th at the end of lap one and 5th in the British GP2 category. 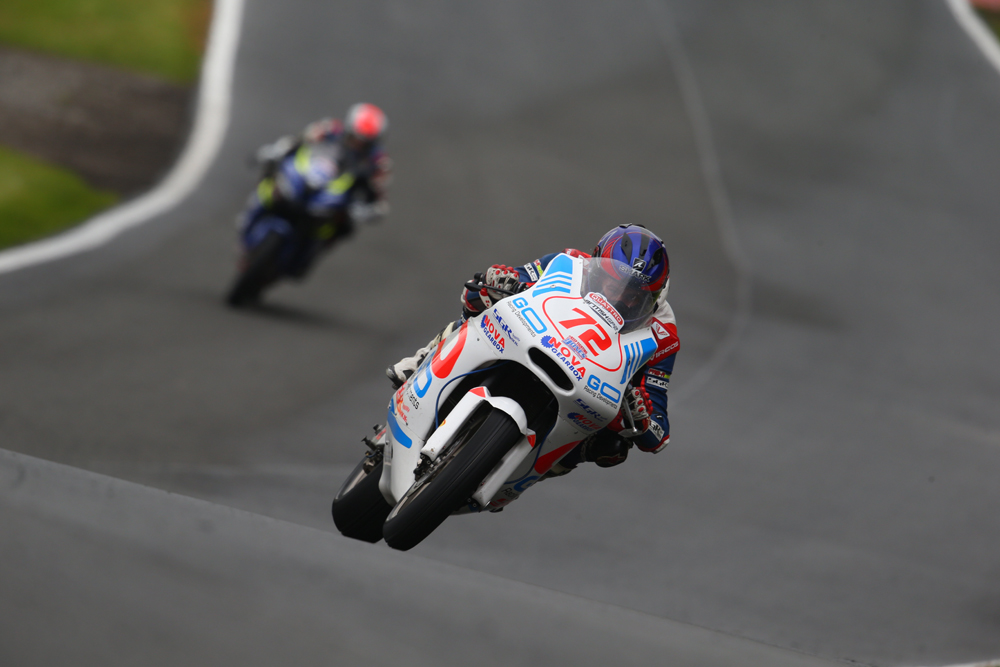 On lap five, the chase to his fellow GP2 rider was all but ended when a Supersport rider appeared to hit a false neutral. Horsman was forced off track to avoid a collision with the rear of the Supersport bike and lost over three seconds of time.

Once he had passed the Supersport machines he was able to set his fastest lap of the weekend so far but he was left with too much to do to close in on his GP2 rivals ahead.

Horsman finished the race 15th overall and fifth in the GP2 category.

In Sunday’s race, Horsman again struggled with his start to the race dropping to 16th position on lap one. He was fifth in the GP2 class but found himself with five Supersport riders between him and the next GP2 rider in fourth. To pass the Supersport riders was proving difficult at the Oulton Park circuit as it was on the Saturday. However a safety car was dispatched after an incident on lap nine and stayed out until the end of lap eleven. This bunched the field up for the final three laps. 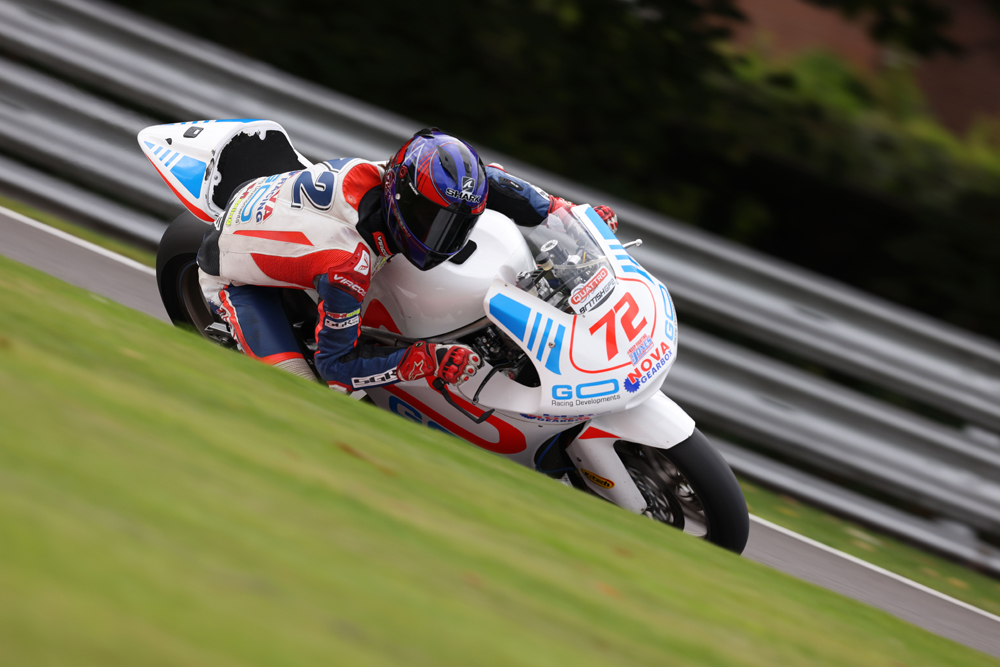 Horsman managed to cross the line to finish the race in 11th overall and 4th in the British GP2 category, an improvement of one position on his race yesterday. He also set his fastest lap of the weekend during race two.

The number 72 remains third in the championship on 227 points with four races to go.

Cameron Horsman said, “Unfortunately, I made the wrong tyre choice in qualifying so started further down the grid than I wanted to. Coupled with a difficult start, I was left with a number of Supersport riders between me and the GP2 riders I needed to beat. However, we came away with two solid results despite that and I am already looking forward to the next round Donington Park. Thanks to my team for preparing a great bike and to my sponsors for keeping me racing.”