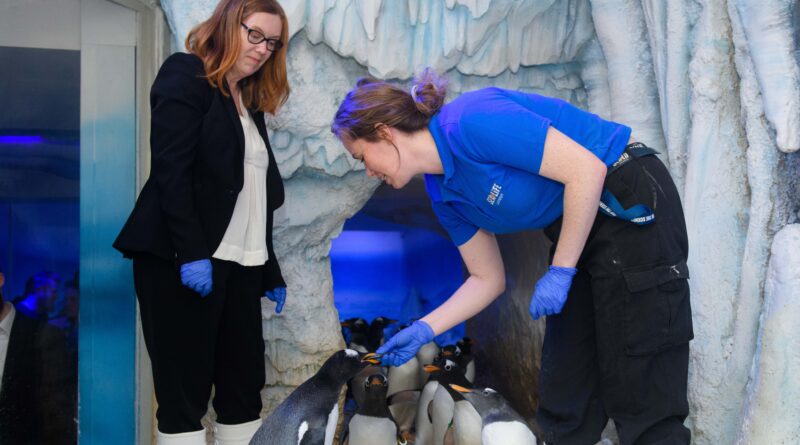 What’s black and white and red all over? A blushing penguin chick meeting their namesake.

Professor Dame Sarah Gilbert swapped her white coat for a pair of wellies to meet the five month old Gentoo penguin named in her honour – and break the ice.

While Professor Gilbert was busy hatching a plan for the Oxford AstraZeneca Covid vaccine, the team at London Aquarium were hatching penguins.

As a result of the ongoing captive breeding programme, two female chicks were born in May.

General Manager Catherine Pritchard said: “We are thrilled that Professor Gilbert has come to meet our new chicks, one of which was named in recognition of the incredible part she played in the battle against the Covid-19 pandemic.

“The birth of the new chicks was a celebratory moment for the Aquarium and we wanted to mark the special occasion by celebrating two standout women of the past 18 months.” 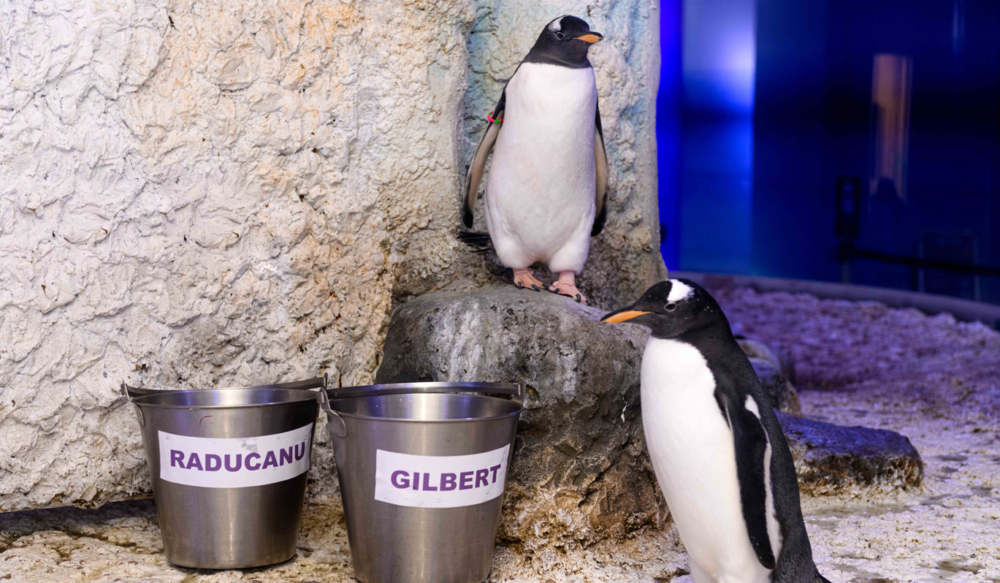 The name p-p-picked for the other chick was Radacanu, after 18 year old tennis sensation from Bromley, Emma Raducanu.

The Gentoo penguins are the latest chicks to be successfully bred, due in part to the strong

European collaborative conservation programme that the London Aquarium is involved with.

Gentoo penguins are from the Antarctic Peninsula, which is under great threat from climate change, microplastic pollution and the negative effects of human activity.

You can also see a dwarf crocodile, nurse sharks and sea turtles.

Visitors can catch a glimpse of Raducanu and Gilbert, who will be fishing for compliments, along with the rest of the colony at the attraction’s Penguin Point inside Polar Adventure.