BY JAKE SANDERS AT THE DEN

Start as you mean to go on, as the saying goes. And although this will go down as just three points and an excellent start to the campaign for Millwall, it felt like so much more.

Something felt different inside the ground. Nothing had changed in particular, besides the free Huski Chocolate drinks that were being handed out prior to kick off. But the mood around The Den was a stark contrast to the end of last season.

Almost 3,000 more people were there, compared to the number who watched that defeat to Bristol City in early May. A from the first roar of No One Like Us, which came from a half-full stadium more than 20 minutes before the game got underway, you knew what kind of mood the Lions fans were in – and how daunting an afternoon it might be for Preston. The buzz around SE16 helped dispel last season’s disappointment. And those eight new signings had got everyone around the place excited again. 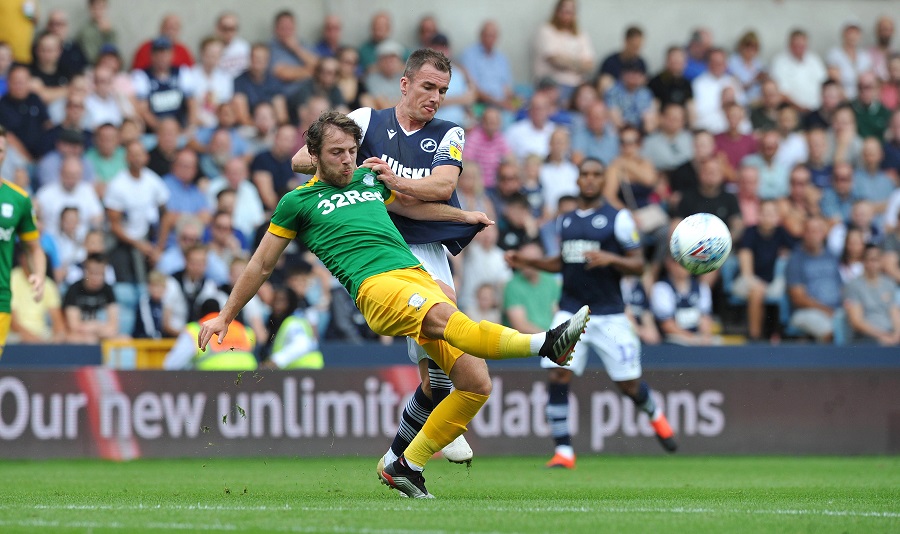 The Den hadn’t been so loud since Millwall’s FA Cup quarter final defeat to Brighton & Hove Albion in March. If the noise levels are repeated on a weekly basis, then who knows what this campaign can bring for the Lions. Backed by those ridiculous decibels, Neil Harris’ players tend to respond. This was no different. The Lions chief called it ‘the loudest ground in England’ back in January, and on days like this, it’s hard to argue.

Remarkably, this was just the Millwall’s second home league victory of 2019. Hard to believe considering The Den has tended to be a fortress since they were promoted back to the second tier just over two years ago. But that 2-0 success over West Brom in April – that virtually secured their Championship status – was the their only other three points at home during this calendar year.

But the win marked an even bigger landmark – 100 league victories for Harris, in 234 matches. And almost half of those have come in the Championship. His 42.7 per cent win percentage is not too shabby, either. Harris became just the fourth manager in Millwall’s history to achieve this feat, following in the footsteps of Robert Hunter, Benny Fenton and most recently, Kenny Jackett. 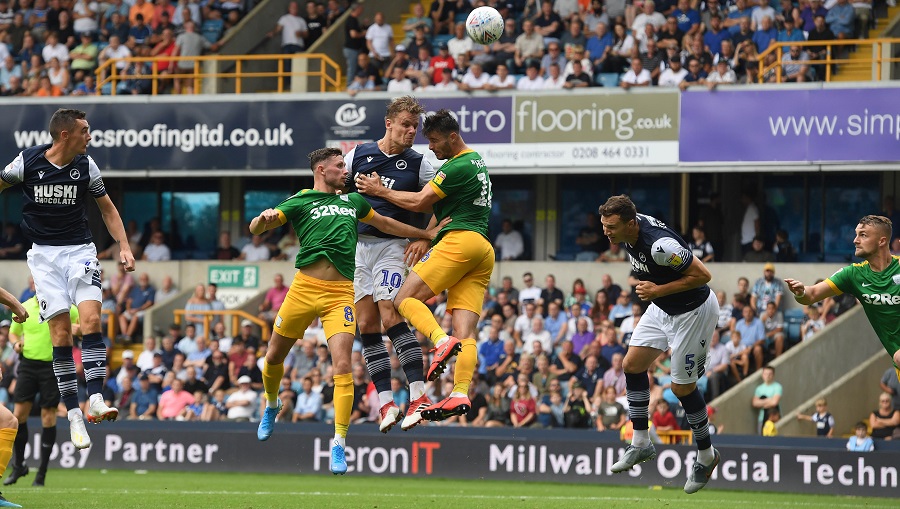 Not many of that 100 would have been as straight forward as this. Preston did the double over Millwall last term, including a comprehensive victory in South London, a game in which they raced to a 3-0 lead inside the opening 27 minutes. Preston boss Alex Neil kept the same line-up, apart from ex-Charlton centre-back Patrick Bauer, but they couldn’t even muster a single attempt on target and did not look likely to either. The five line-up changes introduced by Harris, including four new signings, made a big difference.

The one time they did beat the keeper, Matt Smith showed his importance at both ends of the pitch by producing a wonderful header from almost under his own crossbar from Alan Browne’s goal-bound strike.

But Millwall only managed to work Declan Rudd twice. Both came from the boot of Jed Wallace. His first effort forced the former Norwich City goalkeeper into making a fine stop in the second minute, but his reflexes 31 minutes later were not nearly as good. Ben Thompson turned the ball over in midfield and produced a wonderful piece of skill before slipping in Connor Mahoney to his right. The ex-AFC Bournemouth man, who was enduring a quiet debut, dug out a delicious cross for Wallace, who lashed home into the far corner with his left-foot. It was a lovely goal from an attacking point of view, but one that Rudd, who got two hands on it, will not look back on with fond memories. 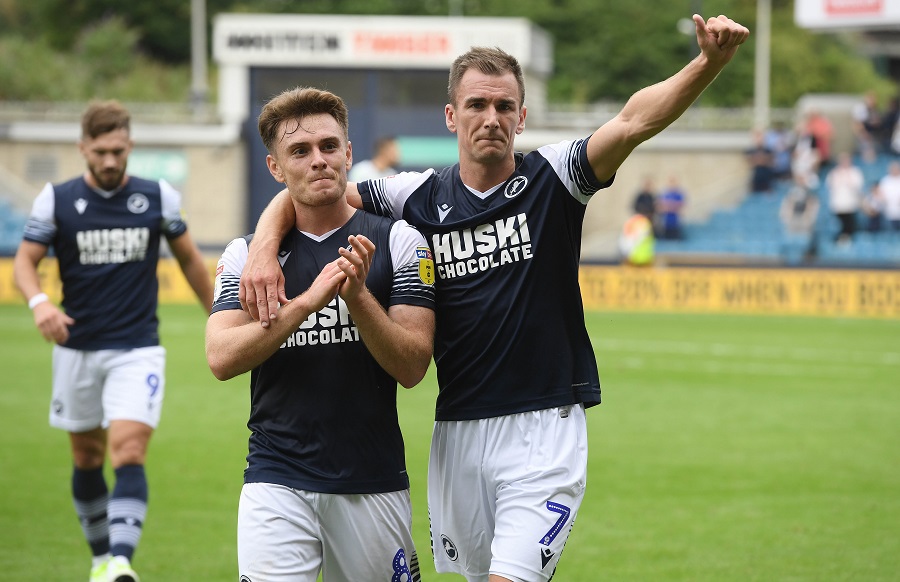 In terms of chances, that was it. Both sides huffed, both sides made some awful decisions in the final-third and one goal we did get was always likely to be enough to secure the points.

Not even Frank Fielding’s first-half injury could unsettle a determined Lions defensive-line, who recorded their first shut-out of the campaign, the same amount they knocked up in their opening 14 Championship matches in 2018/2019.

That was the one blot on an otherwise perfect afternoon for Harris, who revealed that the summer signing from Bristol City is unlikely to be fit for Millwall’s trip to West Brom next weekend, meaning Bialkowski will make his full debut in West Midlands. Remarkably, the Polish international will become the fifth goalkeeper to start a Championship match under Harris in under a year.

The Lions have never started a campaign with consecutive wins under Harris, but if they achieve their first Hawthorns victory since 2001, when Richard Sadlier was in his pomp and hit both goals, then who knows what could be possible this season.