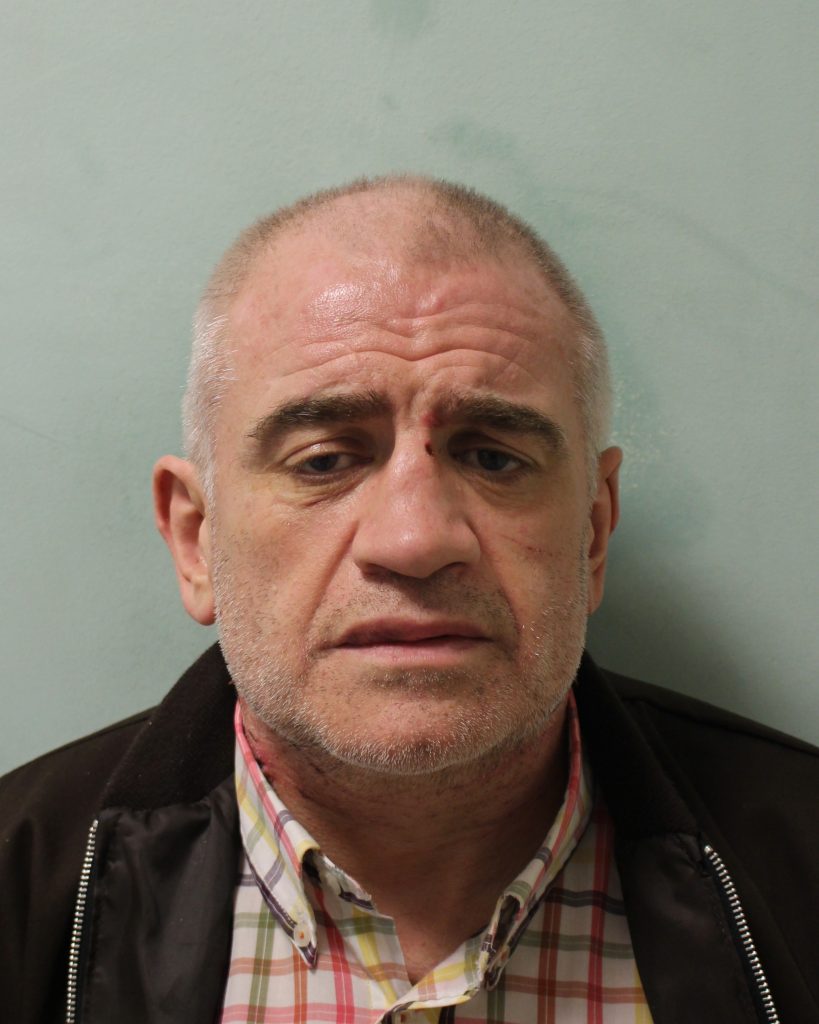 A dangerous man who carried out a brutal sustained attack on his girlfriend with a rolling pin just weeks after he repeatedly stabbed his friend with a pair of scissors has been jailed.

His girlfriend received a total of 45 centimetres of wound to her scalp requiring 21 staples and four stitches to her head. She also suffered bruising to her face and legs.

Berry was also handed a restraining order preventing him from contacting either victim for an indefinite period.

In the early hours of December 1 2016, Berry and his girlfriend at the time were at his friend’s home in Bermondsey following an evening at the pub together.

The victim complimented Berry’s girlfriend on her clothing and then went into another room. Berry chased the victim into the room and kicked him in the back knocking him to the floor. Berry then sat on the victim’s chest, grabbed a pair of nearby nail scissors and stabbed the victim repeatedly in the face with them and tried to stab him in the eyes.

The victim managed to struggle free and turned onto his front. Berry then started to stab the victim in the back. Berry then stood up, stamped on the victim and hit him with a chair before leaving the premises with his girlfriend.

The attack lasted for about 20 minutes and resulted in the victim losing consciousness and requiring hospital treatment.

At about 3pm on 29 March 2017 Berry went over to a new girlfriend’s house in Bermondsey. Berry started talking to her in her kitchen about his upcoming trial over the incident on December 1 2016. When she said she did not want to talk about it Berry “flipped out” and carried out a sustained attack on her that lasted for about two hours.

Berry beat the victim repeatedly in the face and head with a granite pestle and a rolling pin. The victim fell to the floor and the attack continued with the victim losing consciousness; Berry repeatedly kicking her and stamping on her. He also sat on her chest preventing her from being able to breathe.

The victim was taken to hospital with what was initially thought to be life-changing injuries. She received a total of 45 centimetres of wound to her scalp requiring 21 staples and four stitches to her head. She also had significant bruising to her face and legs.

Berry was arrested on March 30 2017. He denied attacking the victim and said that she had tried to attack him. He was charged on April 3, 2017.

During sentencing Judge Clarke classified Berry as a “dangerous offender” and described the crime scene photos from his girlfriend victim’s home as “a scene from The Oresteia” – an Ancient Greek tragedy by Aeschylus, due to the amount of blood.

Michelle McGuire said of the investigating team: “Walworth police and Victim Support are 100 per cent professionals. I have the utmost respect for how they handled my very complicated case. I was truly well looked after and they helped me restore my confidence.”

“I would like to praise the victims for their immense bravery in helping us to bring Berry to justice. I hope his sentencing gives them both a measure of closure and comfort.”

Detective Inspector Tracey Miller, said: “This was an horrific example of the type of abuse suffered by victims of domestic violence. That the victim was able to give such compelling evidence was in large part due to the strong partnership between the Metropolitan Police and Victim support who have Independent Domestic Violence Advisers co-located in the police station to provide immediate specialist intensive support throughout the process.”