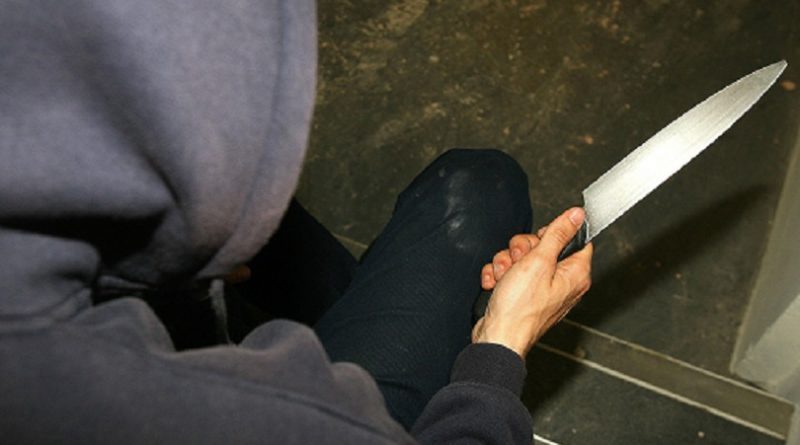 Violent knife crime has almost doubled in South London boroughs in the past three years, according to Met figures. There were 457 crimes committed with a blade in Lambeth from July 2015 to July 2016. But the figure soared to 803 incidents reported to the police in the past 12 months.

These attacks include sexual assault with a blade, murder, robbery and grievous bodily harm. Former Damilola Trust managing director Gary Trowsdale, who is organising the Lambeth Walk on September 23 to promote anti-knife crime projects, said: “The rise in recorded knife crime is sadly not surprising, and sadly, I think it is the tip of the iceberg, as there are clearly a lot of unrecorded incidents and many more young people carrying knives who are not being caught.

“Society has become tolerant towards violence. The truth is our poorest communities are living with almost a collective trauma and amongst a huge proportion of young people, violence has become normalised, as has fear.

“Kids are not immune to fear and we should be taking far more seriously the fact that many kids are carrying knives for perceived self-protection.”

The most violent period in Lambeth was between July and December last year, when 420 crimes were committed with a knife. That is almost as much as the whole 12 months between July 2015 and July 2016.

Mr Trowsdale said: “We all need to share the burden of guilt that so many kids are dying on London’s streets. “Every time a young person dies, a piece of London dies with them.” Lewisham saw a similar spike. In the 12 months from July 2015 there were 380 attacks. This then shot up to 602 from July 2017 to August this year. Southwark’s knife crime figures have remained among the highest in London over the past three years. From July 2015 until July 2016 there were 898 attacks, increasing to 910 over the same period between 2016-2017, but then fell again to 875 from July last year to this year.

This month there were several high profile stabbings in Camberwell. Saddique Kamara, 23, was knifed to death in a suspected gang hit on August 1 in Warham Street. Then, a few streets over on the Elmington Estate, four teenagers were stabbed in a single night. In the last 12 months six people have been stabbed to death in Lambeth, seven in Southwark and two in Lewisham.

Mr Trowsdale said: “I think it is a crime in itself that we know categorically there is a big issue with mistrust between the police and a large proportion of young black children. Not enough is being done to tackle this issue cohesively and robustly.

“Here in Lambeth, we’ve got some tremendous coppers who work tirelessly to help the community and certainly don’t deserve to be associated with the mistrust issue – not even remotely.

“But this is a big problem, and while the cuts to police numbers are also a huge part of the problem, the issue of mistrust cannot stay the elephant in the room. It needs dealing with.”

“Every borough now has a bespoke knife crime plan to ensure all areas have control of their knife charging policies locally. This will ensure there is appropriate governance of knife-related investigations with a view to limiting those which are NFA’d and maximising charging opportunities.

“Lambeth is extremely proactive in both tackling knife crime and attempting to prevent its causes. Its officer have conducted numerous stop-and-searches in the last three years, with a higher proportion of stops targeted at those who are believed to be carrying weapons. It maintains specialist covert teams which conduct intelligence-led operations on known knife carriers, patrol knife crime hotspots and attempt to disrupt the gang criminality which can often result in knife violence.

“Overall, every day the Met is putting people before the courts to face justice. So far this year, more than 2,300 people have been arrested in connection with the work of Operation Sceptre and now the Violent Crime Taskforce. These have culminated in a number of charges.

“We don’t want these statistics to give the impression that people can carry a knife and not face the consequences. The bottom line is that if you do carry a knife you are more likely to become a victim of knife crime and we are charging thousands of people every year across London.”

How a rapper turned away from promoting violence to crime prevention; plus, how exclusions and the closure of community centres has led to a surge in youth offending – see our campaign to promote anti-knife crime projects, The Lambeth Walk, see pages 12-13