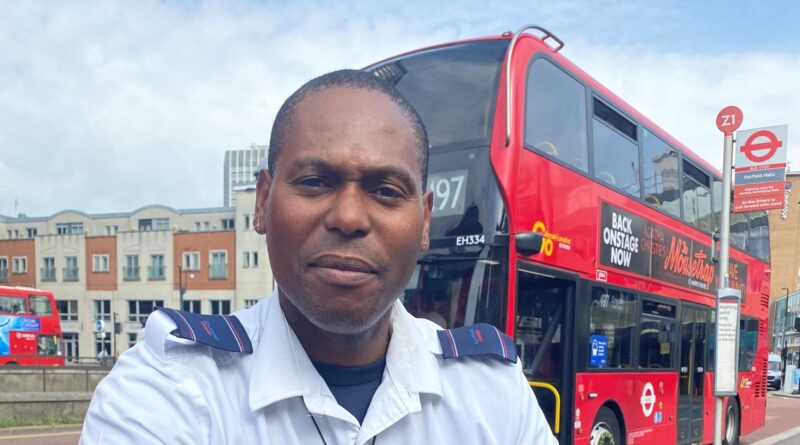 A bus driver from Wandsworth is helping his coworkers eat healthily and keep active to reduce the risk of diabetes.

Phylex Green’s mother was diagnosed with type 2 diabetes in 2010.

In 2011, she was diagnosed with cancer, but her diabetes made it difficult for doctors to treat it and she died six months later.

Mr Green, who works out of a bus garage in Croydon, said: “My mum’s condition and everything that happened pushed me into doing this. Knowing that she had diabetes woke me up.”

Mr Green was also prompted to action after the death of some work friends from cardiovascular disease, including one that was diabetes related.

With support from the Croydon Black and Minority Ethnic (BME) Forum, an organisation which works to improve the community, he used his days off to visit bus garages around South London to promote healthy lifestyles.

He said: “I couldn’t just sit by and see the health of the other drivers deteriorate.

“I’d have a table with leaflets about healthy eating, diabetes and other conditions. My aim was to get drivers to go to their GP and get themselves checked out. I also gave out beetroot juices and green smoothies.”

Mr Green encouraged his fellow drivers to plan their meals in advance, to avoid buying unhealthy food on the road.

He also urged them to ditch sugary drinks and have water instead.

He said: “People can’t wait to tell you they’ve been doing well. They say to me, “Phylex, I’ve been to the gym today and I’ve been drinking water!””

Research from Diabetes UK says that more than 4.9 million people in the UK have diabetes – 90 per cent of which have type 2.

A further 850,000 people are currently living with type 2 diabetes but are yet to be diagnosed.

Since becoming a Community Champion, Mr Green said he has learnt so much about people from different backgrounds and the food they eat.

He said: “Traditional foods are taken very seriously, so when you’re promoting awareness of diabetes, it’s not as easy as giving someone information and hoping they’ll go away and do something about it.

“What I do first is to try to understand the individual. At my garage, we have people from lots of different backgrounds and I have to engage with them and see what they like and don’t like.

“Once you understand where their difficulty is coming from, then you can try to find a solution.”

The main reason Mr Green is able to spread his message so well is because he’s a bus driver too.

He said: “I trained with them, I drive the same bus and I have the same problems they do. I’m not an outsider.

“They’ll listen to me when I prompt them to go and see their GP for a check up, then they come back to me for nutritional support.