Gary Rowett is hoping that one of Millwall’s strikers can hit the scoring trail to give fresh impetus to their Championship play-off hopes.

The Lions failed to score for the fourth time in six league outings as they were held by Birmingham City at The Den on Wednesday night.

The hosts have only scored 19 goals from open play in the league this season – the lowest return out of the 24 clubs – but are second-highest for netting from set-pieces.

“The side under Neil [Harris] was a very, very strong one and very good at set-pieces – which is a massive positive,” said Rowett. “It is quite hard for our forwards at the moment because they are all a little bit different and suit different styles. 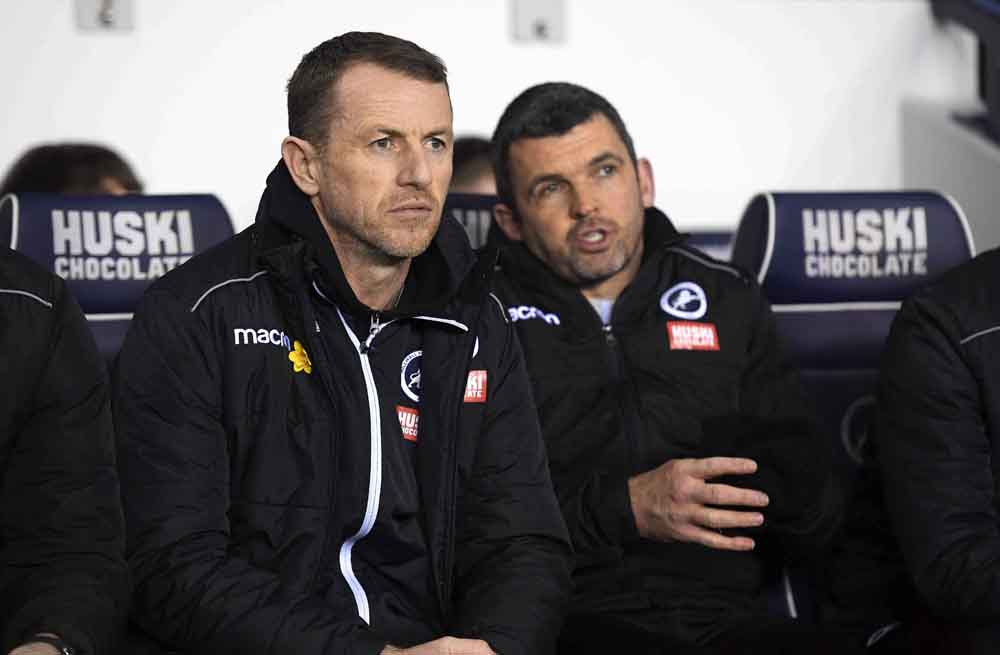 “It’s not like we aren’t creating any chances. Against Fulham we missed a penalty and also missed other chances. At Preston we missed an opportunity where we were clean through on goal.

“It’s just what it is – we just need one of those forwards to hit a little bit of form and come into a purple patch.

“It’s one of those periods where we’re not taking those chances that we did previously. All we can do is work on the training ground and see if we can improve on that until the end of the season. Of course if we don’t then in the summer we’ll try and improve those elements.”

Rowett doesn’t see that much has changed for Millwall in terms of their play-off prospects despite being frustrated by his old club in midweek.

“We’ve had decent performances and it’s about turning those into games with goals,” he said. “We all know that goals are the things that decide the outcomes of games, rather than how you perform.

“Birmingham sat in with a lot of numbers behind the ball – Wigan did the same against us. When teams do that it makes them really hard to break down.

“The only thing you can perhaps accuse the team of is a lack of final composure. They are trying to make things happen and it’s just not been going our way in front of goal at this stage.”