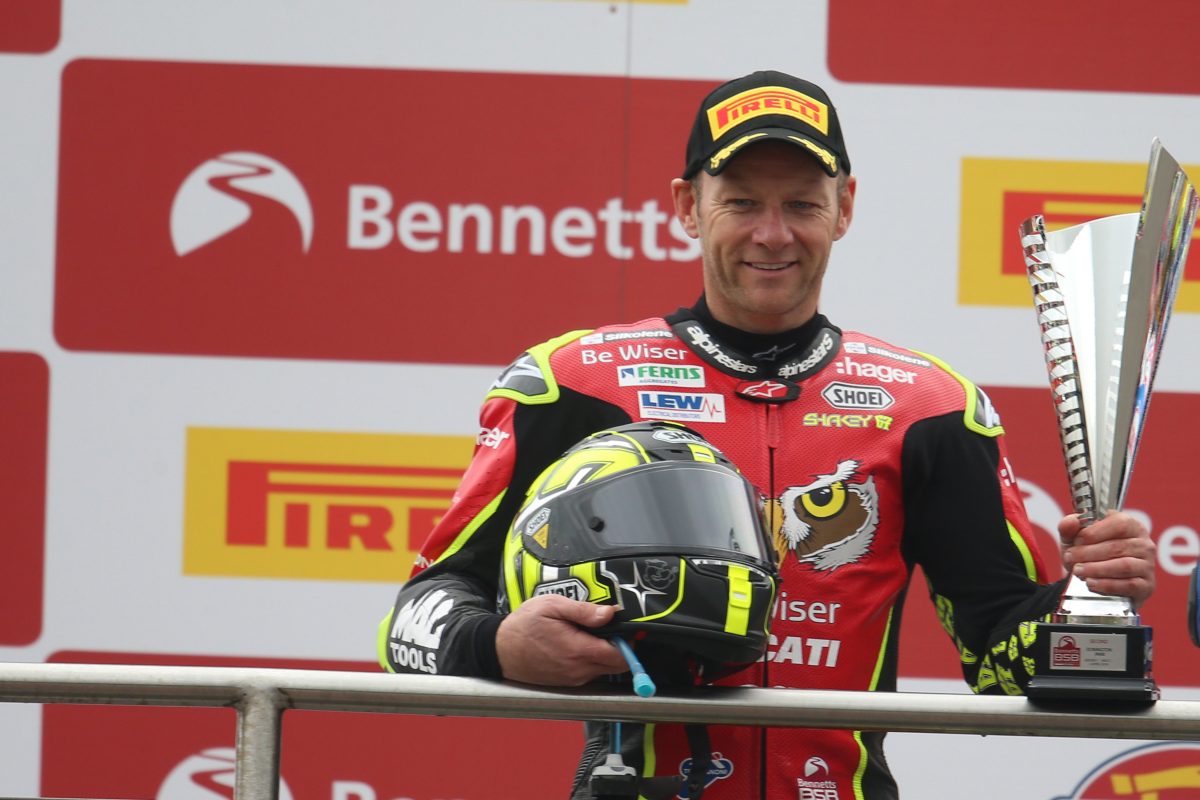 Blue skies and 17 degrees temperatures greeted riders for the second round of the championship – a welcome relief to the riders and certainly a far cry from the miserable conditions of Donington two weeks earlier.

Lambeth’s Byrne topped the first two qualifying sessions before getting pipped to pole by less than a tenth of a second in the final outing by double Donington race winner Bradley Ray, 20.

Byrne, 41, felt he could have gone quicker on his Be Wiser Ducati. He said: “The caravan club was out.

“There are a few riders who need a good talking to. It was like a club race – people on all different lines, looking for a tow. I had just set a decent lap and was building up to my quick one when I came across a rider in the middle of the track coming up to Surtees.

“I’m a little bit frustrated but the bike’s working well and the times are close.”

Tooting man Gino Rea, trying to iron out technical issues, struggled to get on pace and had to settle for 19th, less than a second back from Byrne.

The wet weather held off for race one on Sunday as Byrne lined up next to Yamaha’s James Ellison and pole man Ray on the Buildbase Suzuki GSXR-1000. Byrne started to close on Ray five laps in but was seemingly powerless to make a pass on the youngster from Kent who was hitting all his lines with pinpoint accuracy.

But Ray showed the first chink in his armour when he ran wide at Paddock Hill Bend, gifting Byrne the lead to secure his first win of the season.

Rea’s handling woes remained as the South Londoner finished in his starting position down in 19th.

The victory put Byrne on 85 BSB wins and one step closer to his target of a century.

A short shower before race two saw riders looking towards the sky but it was declared a dry race and everyone started on slick tyres although spots continued to fall.

After seven laps out of 10 the red flags come out as the rain started to fall heavier.

This may have been a blessing for Byrne, who appeared to be struggling with the conditions in the early part of the race. He was sixth at the time, more than two seconds behind leader Ray.

Byrne opted for full wets on the restart and was starting to regroup by the fourth lap and passed Ray for fifth spot.

Richard Cooper slid out of contention on the eighth, putting Byrne fourth and less than a second from the lead.

Within two laps he had moved up to third but by the final circuit he had dropped a place and settled for the 13 points.

Leon Haslam took his first win of the season – the third different victor in the opening four races. Byrne has 69 points – 10 behind Ray. Rea finished 17th.

The next round is at Oulton Park, Cheshire on May 5-7.