Byron Webster has been back to watch Millwall at The Den a couple of times since he left in January 2019.

But going incognito is not a particularly effective option for the 6ft 4in tall blonde centre-back.

“I tried to go undercover but I stood out like a sore thumb,” he said.

But at the club where he made 145 appearances over five seasons until last year, he might have got a less, ahem, blunt assessment of his importance to the fans.

He agreed: “The important thing about Millwall is that players want honesty. There are a lot of keyboard warriors out there who hide behind a computer and talk rubbish. They are spineless.

“You’re never going to make everyone happy but at Millwall they come up to you and tell you to your face if you have done badly.

“Whether you’re good, bad or indifferent as a player, you need honesty. You do not want people to blow smoke up your a**e.

“Managers will always want to win games and if you keep doing that performances will come.

“But fans – and especially Millwall fans – would rather see passion and tackles.

“It is a big club, even if sometimes we didn’t have a big reputation. But it’s about expectation sometimes.

“We could win 1-0 and get booed off or we could get cheered off after being beaten 3-0. 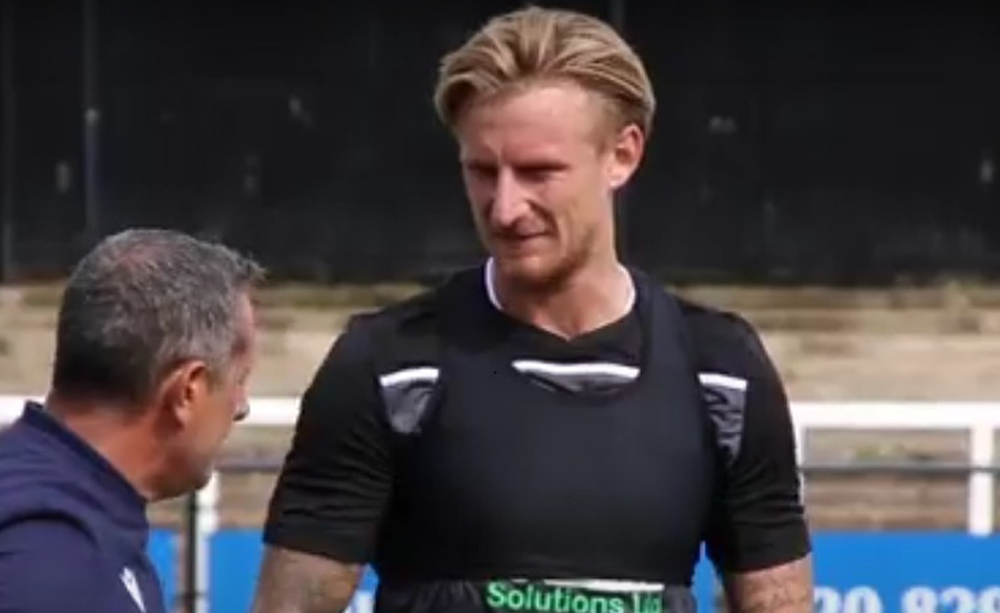 “At Carlisle I was playing and it was different to what I was used to. There are a lot of good people up there – but some not so nice people who are untrustworthy. They offered me a deal but I turned it down – and it wouldn’t have mattered what they offered.”

While he was at Millwall he shared a flat with Steve Morison, another player who suffered from few soft-tissue injuries. Morison once claimed to this reporter his secret was regular yoga – but Webster snorts at the idea.

“He never did yoga – he might have had a yoghurt once or twice but that’s as far as it went,” joked Webster.

“He did look after himself – he paid for extra physio-masseur sessions after he got a bad injury while he was at Leeds. That made a difference.”

Webster suffered an anterior cruciate ligament injury early in a 3-1 home defeat by Barnsley in September 2017 – and only realised how bad it was the day after. He did not play for another 11 months and then left on loan for Scunthorpe. Webster hopes the long layoff will prolong his career.

“It made me stronger mentally,” he said. “But when I came back the team was on a really good run and I’d been out for a long time. I ended up being a cheerleader.

“Teams move on. There were no regrets and no hard feelings.

“I would stretch to say I’m a Millwall fan. I do look out for the results and there’s a big affection for them.

“I’ve always been a Manchester United fan. We don’t like Leeds or Liverpool, so I’m hated anyway – so I might as well go the whole hog.

“My kids grew up with me playing for them. They go to school in the Millwall kit – my dad’s not too happy about that.”