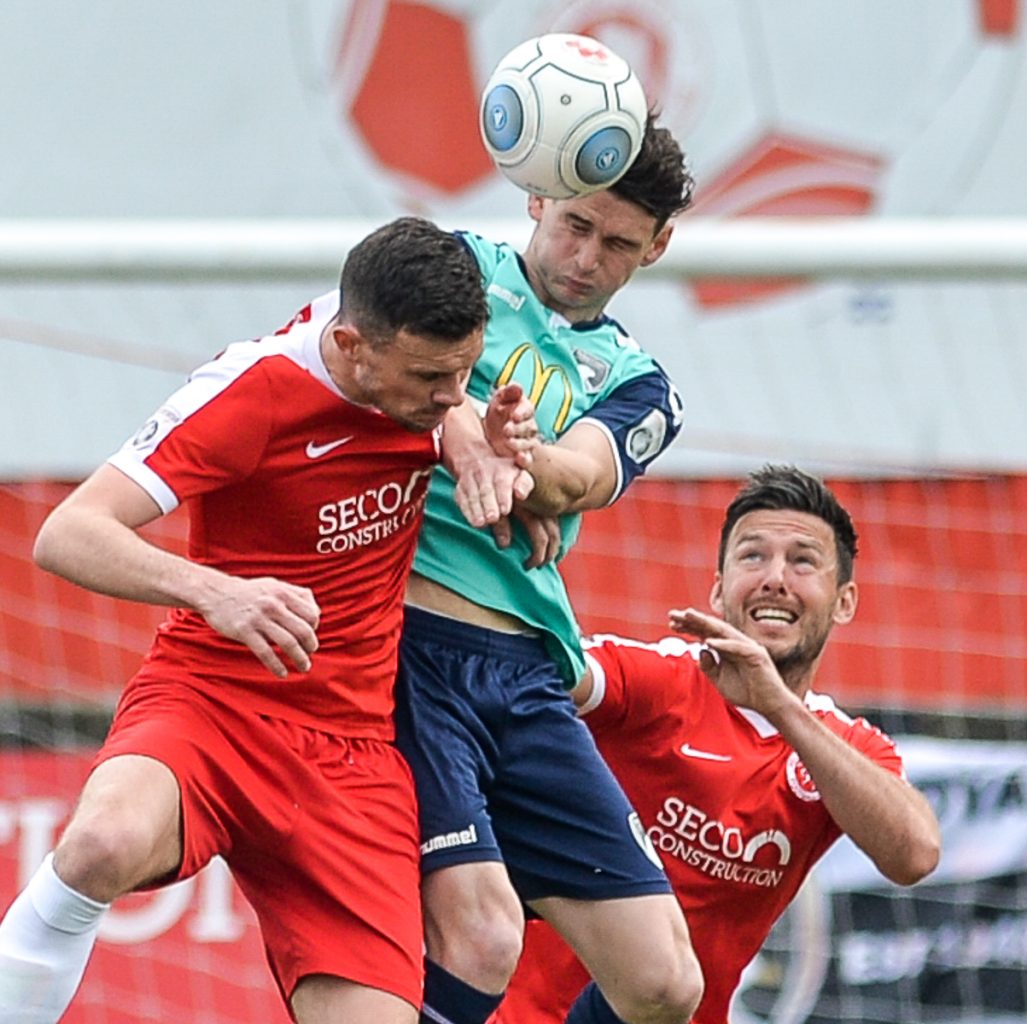 Welling United’s 3-1 win over Weston-super-Mare demonstrated they will continue to fight for an unlikely National League play-off place until mathematically impossible.

The Wings changed their formation from recent games as they employed a back three, with manager Jamie Coyle taking up a central role while Callum Driver and Ryan Hall played as wing-backs.

Olumide Durojaiye was dominant in central midfield while Bradley Goldberg worked tirelessly up front and was desperately unlucky not to score.

It took them just eight minutes to break the deadlock when Durojaiye’s close-range shot went in via a combination of goalkeeper Luke Purnell and a defender on the line.

Ryan Hall met a deep cross from Goldberg at the far post but his controlled side foot volley went wide of the far post.

Goldberg’s first near-miss came when his overhead kick left Purnell for dead but flew back off his post before Welling doubled their lead. Hall sent over a corner that Jack Parkinson met with a towering header that gave Purnell no chance.

Purnell made a stunning save to keep the unfortunate Goldberg out after Jamie Philpot had created the opportunity.

As the half drew to a close, things got a bit lively. Weston took offence to what looked like a reasonable Connor Dymond tackle and Tristan Plummer jumped in aggressively. Both were shown yellow cards which appeared to be harsh on Dymond but lenient towards Plummer ,who had raised his hands. Jarrad Welch flew in with a wild tackle that left Driver in a heap but the referee didn’t even consider it a foul.

When the two teams came out after the interval, Weston showed a little more intensity and after Bailey Vose had saved a Welch effort at the second attempt, they reduced the arrears. Welch hit a tremendous 25 yard effort flew into the top corner which gave Vose no chance.

Welling restored their two-goal advantage in less than two minutes. Substitute Adam Coombes found Jebb and he controlled before slotting into the bottom corner.

Weston were convinced that there was a handball in the build-up and one of their management team raced up the touchline to berate the assistant referee while several Weston players surrounded the official in charge. If reported, Weston may expect a hefty fine.

Luckless Goldberg showed great technique to execute an excellent volley that crashed back off the bar before Driver played him through but he fired just wide.

Weston tried to claw their way back into the game in the latter stages but they were reduced to long-range shots that failed to trouble Vose.

Coyle was delighted with the performance but conceded that reaching the play-offs was a long shot. He said: “It’s out of our hands but if we concentrate on our job on winning the last two games, who knows?”