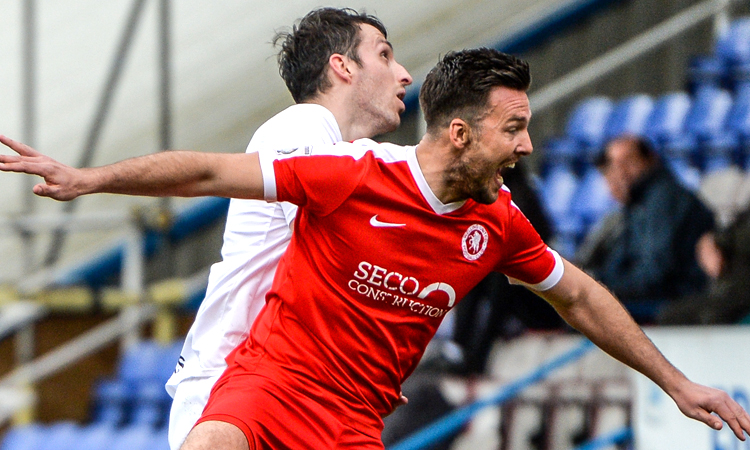 It was a game that always looked likely to be decided by one goal with the first half a very tense affair.

Havant’s more direct style creating the better of the early chances but only a long-range effort by Andreas Robinson forced Bailey Vose into an excellent full-length save.

It was not one-way traffic and Havant were saved by Ryan Young and the woodwork twice in first-half injury-time. First Jack Jebb’s goal-bound free-kick was saved brilliantly by the Hawks keeper via the crossbar. Then, from Jebb’s corner, Jack Parkinson rose to power a header that came back off the post.

Welling hit the post again early in the second half through Adam Coombes’ stooping header but an infringement had been penalised and it would not have counted anyway.

Coombes again went close when his powerful drive from Jebb’s through ball was beaten out by Young but soon after that he had to be withdrawn clasping his leg.

Having not taken those chances, Welling paid the price. A Rory Williams corner caused chaos in the penalty area and Alfie Rutherford poked it into the path of Strugnell, who crashed it home from six yards.

Still Welling searched for a goal that their performance warranted but when Jebb’s cross was headed back across the face of the goal by Joe Healy, Jamie Philpot headed over.

Welling manager Jamie Coyle said:  “It was tough to take. That’s two games where we have not quite got what we deserved.

“The boys put a real good shift in and battled and competed all over the pitch. It was really comfortable out there. I couldn’t see them scoring a goal unless it was a set-piece or a mistake.

“Against the better sides in the league, and the ones that are on good runs, like Havant, if you switch off for a second, they’ve got the quality to punish you and that’s what happened.”