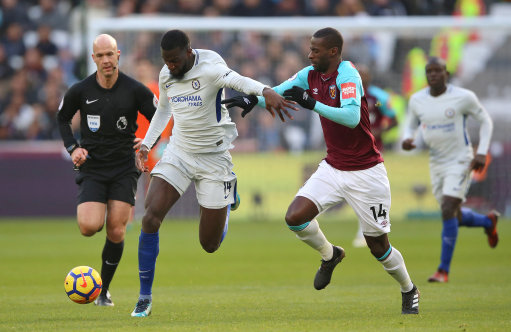 Sleepy Chelsea went behind at the London Stadium to West Ham United after just seven minutes in the early afternoon 12.30pm kick-off.

Marko Arnautovic, a muscular thorn in the side of Chelsea’s rearguard cooly slotted home a curling  left-footer past Thibaut Courtois from 10 yards.

Chelsea eventually wrestled the majority of possession off the home side, but could not penetrate the final third as the Hammers resolutely defended their goal and hoped to catch the Blues on the break.

Perhaps the pace of Willian or Pedro will unlock the stoical West Ham defence in the second half.