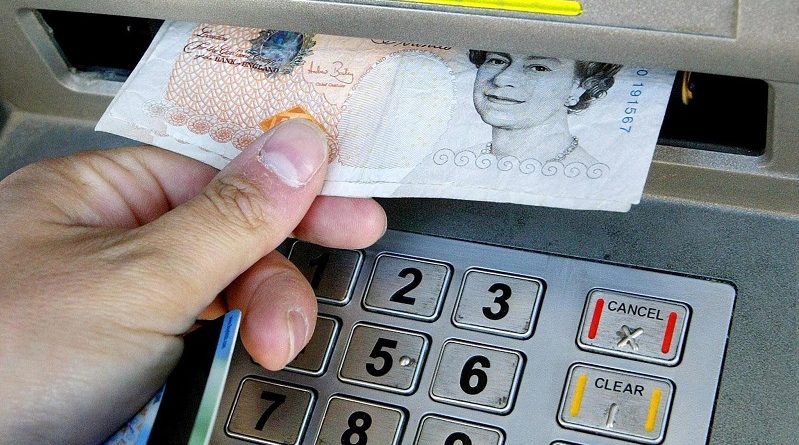 There were approximately 848 free cash machines in Westminster at the end of 2017, according to data from the cash machine network Link. But the latest figures show this had fallen to 826 by February 2019.

Overall, there are were around 920 cash machines in Westminster in February, including those that charge a fee for withdrawals – down from 961 in 2017. The data is collected by parliamentary constituency, meaning some cash machines could be across the border in a neighbouring local authority.

An independent review into the accessibility of cash in the UK published in March warned that millions of people could be left behind if the country “sleepwalks into a cashless society”.

The report found that around eight million adults – 17 per cent of the population – were still reliant on cash and would struggle to cope in an entirely digital economy.

These included people in rural communities, those on a low income who may struggle to budget without cash, and older people or people with disabilities who rely on cash for their independence.

Natalie Ceeney, chairwoman of the Access to Cash Review, said: “There are worrying signs that our cash system is falling apart. “ATM and bank branch closures are just the tip of the iceberg – underneath there is a huge infrastructure which is becoming increasingly unviable as cash use declines.

We need to guarantee people’s right to access cash, and ensure that they can still spend it.”

A recent report by consumer watchdog Which? found almost 1,700 previously free cash machines had begun charging users between January and March of this year.

Cardtronics, the UK’s biggest cash machine operator, blamed a recent move by Link to cut the fee operators receive from banks for providing free cash. Link had been planning to reduce the fee from 25p per withdrawal to 20p over the course of four years.

So far, the fee has been reduced to 23p, with Link stating it had cancelled the next phased reduction.

A spokeswoman for Cardtronics said: “We have been forced into charging a fee for cash withdrawals on some of our machines where Link’s cuts have left us with no choice.

As banks continue to execute their strategy of branch closures nationwide, this leaves independent ATM deployers to fill the gap by providing local cash access for communities.

Worryingly, vulnerable people and rural communities are disproportionately affected as the cost of cash access is passed on to consumers.” A spokesman for Link said the UK continued to have an excellent ATM network, with 50,000 free-to-use machines – 10,000 more than in 2010.

He continued: “As more consumers use alternative payment methods to cash, it’s important that we continue to have a broad, extensive UK-wide free-to-use network. “That means fewer ATMs in built-up areas where they are often over-serviced and protecting ATMs in rural and remote areas.”