Millwall Sport
10th August 20198th August 2019 Richard Cawley 0 Comments
BY RICHARD CAWLEY
richard@slpmedia.co.uk “Saturday was a great feeling – it’s given us a nice taste of what it could be like at The Den. We all want more of it.”

It’s fair to say that Alex Pearce enjoyed Millwall’s 1-0 win over Preston last weekend as Neil Harris’ side started their Championship campaign on a high.

But the Lions new captain has played enough games at this level – 279 to be precise – to not start getting carried away.

“It’s been a great start, don’t get me wrong, but we’ve got to back it up against a good West Brom team [this weekend] or last Saturday won’t have counted for much,” said Pearce.

“It was great at The Den [for the win over Preston] – I haven’t seen it like that since the Everton game. It felt like there was a massive buzz around the place from everyone – fans, players and staff. We all turned up with a sense of excitement.

“That’s down to what the manager has done this summer with the new signings. It’s a new group and it feels like a new era, a fresh start for everyone. That can bring its own impetus, as we saw when the stadium was rocking.  Thankfully we were able to get the result, which helped with the atmosphere and also the upcoming game.”

Preston had just one shot on target as Millwall picked up a clean sheet. Last season they did not get one in the league in SE16 until October 27 – a 3-0 victory over Ipswich. 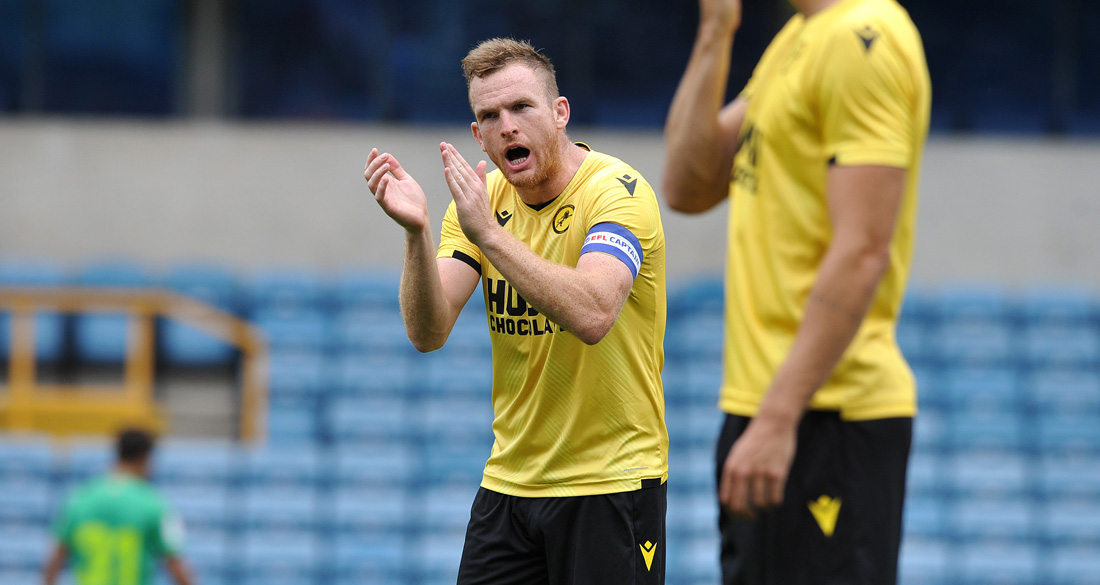 “We were very good on Saturday,” said Pearce. “It was a typical Millwall performance – everyone worked hard for the cause.

“We were first to a lot of second balls, especially in the first half an hour. And we dominated the game in terms of winning our personal duels. That’s vital in the Championship – coming out on top against your man so that whoever you play against has a quiet game.

“We got the ball in good areas. We play quite a direct style anyway – that’s pretty difficult to contain when we are on the front foot and all pushing each other.

“We defended well as a team. We had a good solid block and forced them wide, rather than down the middle. That was a pleasing aspect of our play off the ball.

“There were many plusses about it all. But there is room for improvement – there always is.

“It’s important we have a good shape about us and that starts from the front – Smithy [Matt Smith] and Aiden [O’Brien] up top. Both worked really hard to shut down their full-backs, because you don’t want them to have a lot of time on the ball.

“Then it is about us talking to the boys further back and making sure we push them into places we want them.”

Pearce found out he was the new Millwall club captain at the start of pre-season – boss Neil Harris telling the squad on their first day back at Calmont Road.

The 30-year-old centre-back always looked the standout option after impressing in the second half of the 2018-19 campaign. Harris moved quickly to sign him on a permanent deal when his Derby contract expired.

“A lot of people ask me what changes when you become captain but I’d say the most important thing is not to change,” said Pearce.

“You need to carry on doing the same thing, because you must have been doing something right to be given that honour. I don’t try and over-complicate it. I’d say you have more of a responsibility for how the whole team plays, but first of all you have to make sure your own house is in order. Then it is about trying to help other people, but I’m the type who always did that anyway.

“We want 11 captains out there all playing for the team – if you have even one or two just worried about themselves then it won’t work, especially not in our team. That’s what we’re going to try and be all about.

“Look at Jed Wallace towards the end of the game on Saturday – jumping up and winning a header on the edge of his own box. You’re holding on to a lead and your winger is back helping out. If we’re hard to beat and show our quality when we get the ball then we’ll be competitive.”