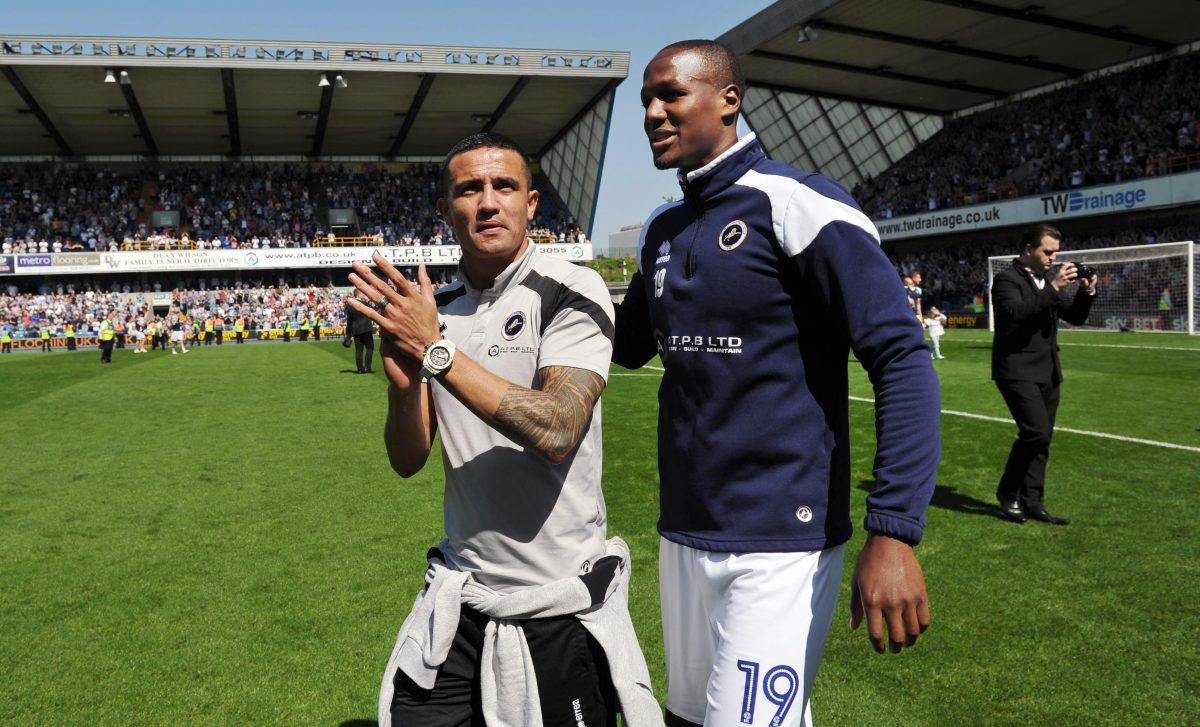 Neil Harris is confident that Tim Cahill will make Australia’s World Cup squad – and admits the Millwall legend will have a decision to make after this summer’s finals in Russia.

The 38-year-old made a dream return to the South London club where his career started when he signed a short-term deal in January.

And now Cahill has jetted off to try and make sure he makes the Socceroos squad for a fourth World Cup finals.

Both Lions boss Harris and the striker have refused to rule out another spell with the club.

“I’m really open-minded,” said Harris to the South London Press. “Myself and Timmy have been mates for a long time, so it is not a difficult conversation.

“Timmy will be going to the World Cup with Australia, I’m pretty sure of that. Timmy will have a lot of suitors once the World Cup has finished. He will be a free agent and be able to go anywhere in the world he wants to play.

“His family are in America and Australia and we’re based in London. Timmy will have a decision to make. If our paths cross again in a playing or coaching capacity, so be it.  It might be in three months time and it might be three years time. We’ll have a conversation about his footballing future.

“It will be based on football, family and what we both want to do.”