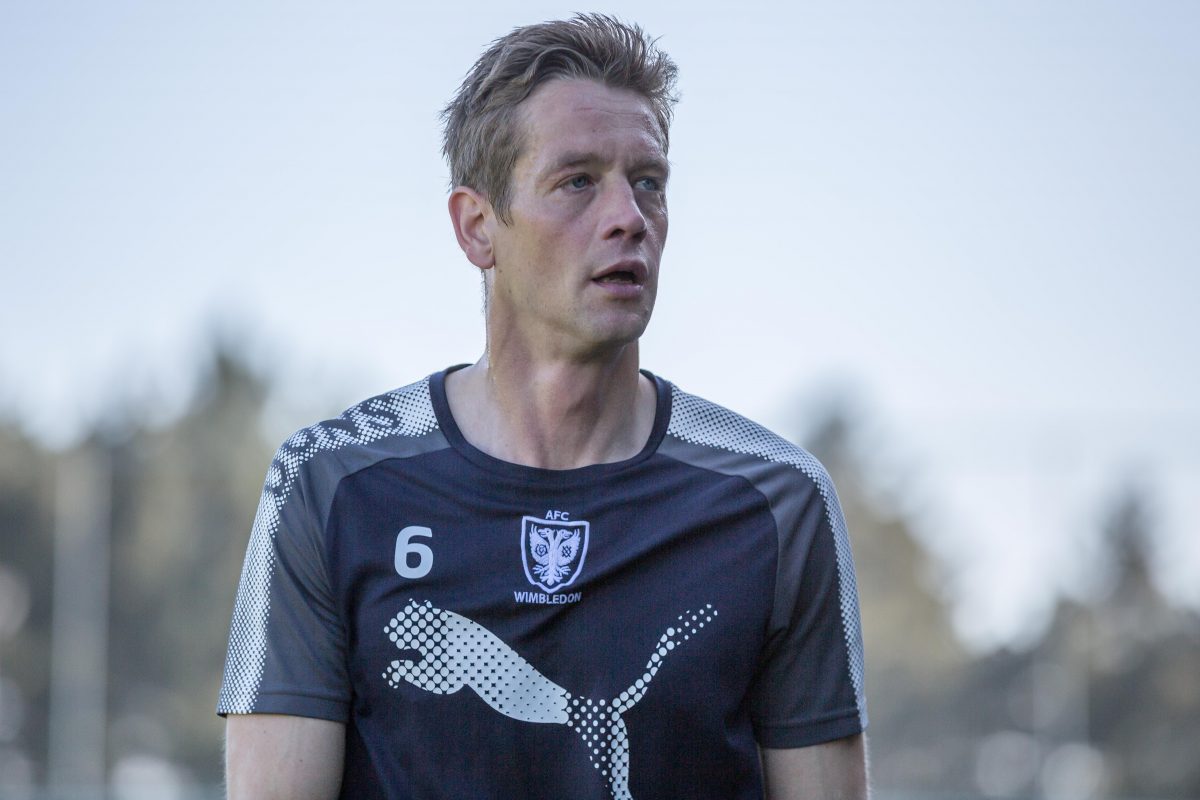 Former Millwall stalwart Paul Robinson insisted he is in no mood to contemplate retirement just yet.

AFC Wimbledon released the centre-back, 36, last week and he was afforded a rare start in the 2-2 final day draw against Bury.

“Everyone’s always drummed into me to play as long as you can,” said Robinson. “I’ve always looked after myself throughout my career. I know I’ve got a few miles on the clock and perhaps a few injuries that have taken their toll, but I hope that the time and the effort I’ve invested in looking after myself and living well will hopefully be rewarded in these years.

“That and perhaps the fact that playing at centre-half you don’t need the dynamic speed that you might need further up the pitch – and also the fact that I’ve pretty much never had pace so it’s not like I can lose it.

“First for me is that I want to play for as long as I can, so if there’s a playing option, fantastic. If, by the end of the summer there’s not a playing option on the table that I think is right for me, then I’ll look to move on to the next part of my career and my life.”

The former Den favourite has played his part in a momentous period in AFC Wimbledon’s history, helping the club into League One for the first time and playing regularly in their first season in the third tier.

“I’ve loved my time here, I’ve had an amazing three years,” said the defender, who signed for the Dons from Portsmouth three years ago. “Leaving Portsmouth when I did, my career was at a crossroads.

“AFC Wimbledon have been on an amazing journey ever since they were re-formed and to be part of that journey, and also to take it another step forward is brilliant. My challenge when I came here was to take that number six shirt and leave it in a better place than where I started. I took it from League Two to League One and we’re established as a club in League One now. Whatever happens this summer, I can feel satisfied that I’ve done that.”

Robinson was happy to reflect on a successful season that will see the club play at a higher level than hated rivals Milton Keynes next season, after the club that tried to steal Wimbledon FC’s identity were relegated to League Two.

“It’s the fans’ club, isn’t it?” said Robinson. “As players we get the privilege of representing the club but it’s all about the fans. To come here you have to embrace that and we do, and we know how much [the MK rivalry] means to them.

“I know that as players you’re supposed to rise above that but I can’t say there wasn’t a wry smile when they went down and we stayed up.”