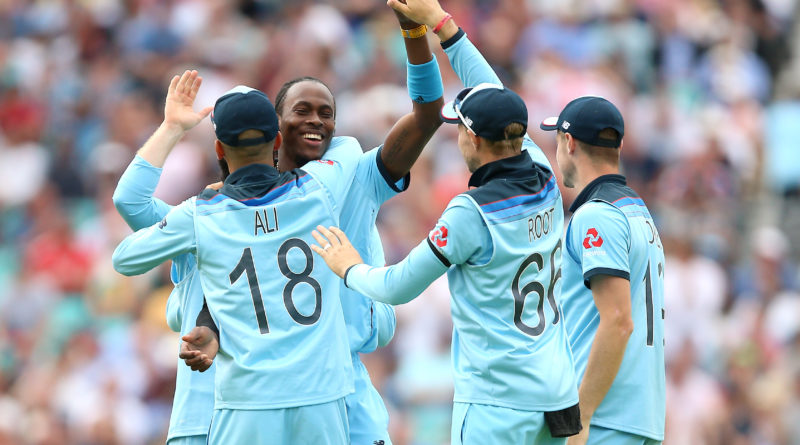 England star Jofra Archer’s dad Frank has told the story of how the World Cup winner spent a summer shocking South Londoners with his prodigious talent with both bat and ball at the age of just 13.

The 24-year-old fast bowler, fast-tracked into the national team by the England and Wales Cricket Board (ECB) in time for the competition on home soil, took 20 wickets in the tournament.

And he then held his nerve by bowling the decisive ‘super over,’ in the final against New Zealand, which won England their first World Cup. He will now be pitting his wits against the Aussies in the second Test of the Ashes series at Lord’s, starting tomorrow.

Archer has come virtually from nowhere to seize the glory – but he had already shocked players at Burgess Park Cricket club one summer, while he stayed with his dad nearby.

Father Frank was a driver on the Circle line based at Hammersmith Jofra had been born in Barbados but started coming to England during the summer holidays from the age of two, as Frank was unable to go to see him.

Jofra came from a sporting family. Frank, raised in 145 Davenport Road, Catford, played hockey for Barbados and inline roller skating hockey for the Brixton Yoyos, run by Alistair Gordon in the 1980s – they trained at Tulse Hill Leisure Centre.

And it was around the time of his first visits to South London that he started playing cricket – and football as well. Frank said: “I don’t play cricket – I’m a football guy, but cricket was always around the house.

“He continued when he started going to school. We noticed it when he was aged four. We took him to a picnic in a Barbados park. He bowled with a straight elbow – that was amazing for a four-year-old.

“Someone watching asked ‘how can he do that at such a young age?’ We thought he’d probably copied it from watching cricket on TV. But right then, we knew he was something special.

“Over the years I’ve always taken him to cricket and football.

“He is not a bad footballer, too. But around the age of 12, he got called up for the Barbados under-13s for football and cricket at the same time. “He asked me which he should concentrate on. I told him cricket – it was the best as there was more scope for young West Indians to make a career out of it.

“So we moved him away from football, even though he was playing for his school and the club at the time. But cricket has been good to him. 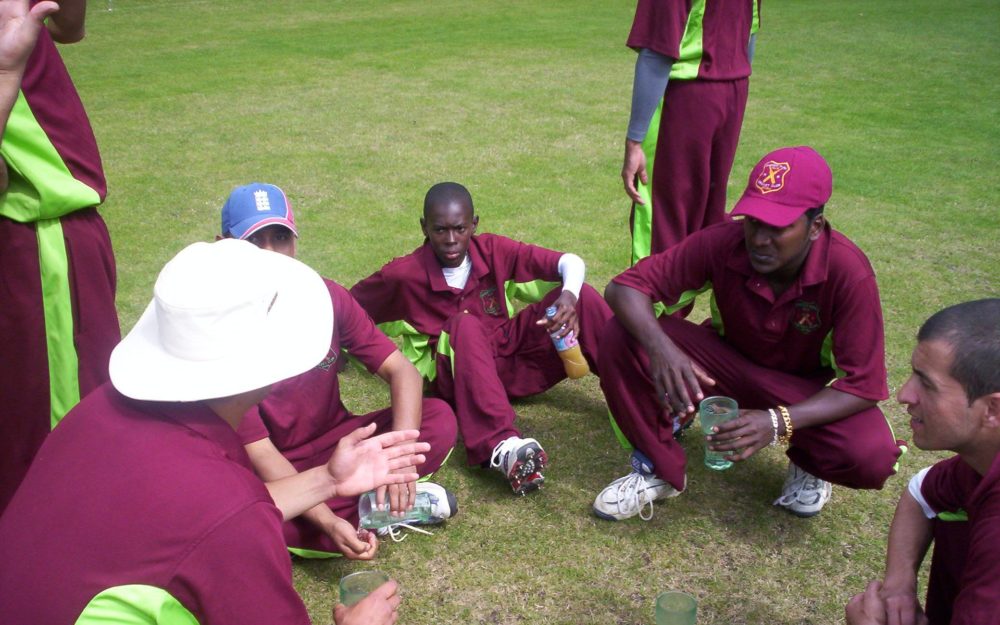 “It was funny how he started playing for Burgess Park when he was 13 years old.

“We were at Lillywhite’s in Piccadilly, buying him some kit and we were going up in a lift to the right department.

“We got chatting to somebody on the way up. This guy heard us talking and said ‘You’re from Barbados, aren’t you?’ “A conversation started. He asked if we were into cricket.

“When we said yes he said he was part of a cricket club at Burgess Park. I was living on the Bradenham Estate at the time – and he said the club was right next door.

“So that is how he came to play so close by.

“I will never forget how his time there started off.

“There was this coach called Colin Hunte – he was chairman at the time. I was speaking to him about Jofra and how much he liked playing cricket. And my son tried out some bowling. There were some stumps on the pitch and Jofra started bowling at them.

“Then on the third time in succession, he hit them again. Colin turned around and said ‘This is what I’m talking about here.’ From then on, Colin was very, very keen to have Jofra be a part of his club.

“I did tell Colin that Jofra was only there for the holidays. They were a feeder club for Surrey at the time.

“One match I can remember was at Wimbledon College, in the Intermediate League. Now Jofra wasn’t very tall – he came in as the last man – and he was smaller than anyone there.

“All the Wimbledon College players must have said to themselves ‘We can get this guy out quickly’. So they all stepped in, closer to the wicket, anticipating an easy dismissal.

“Jofra looked around. There was no one at any of the boundaries. The first ball, he lifted it over all of them. They must have thought it was a fluke because they stayed right where they were. The next ball, Jofra hopped it over them again. They realised there was something wrong here. So they took another two steps back.”

Burgess Park did not want him to leave at the end of the summer. 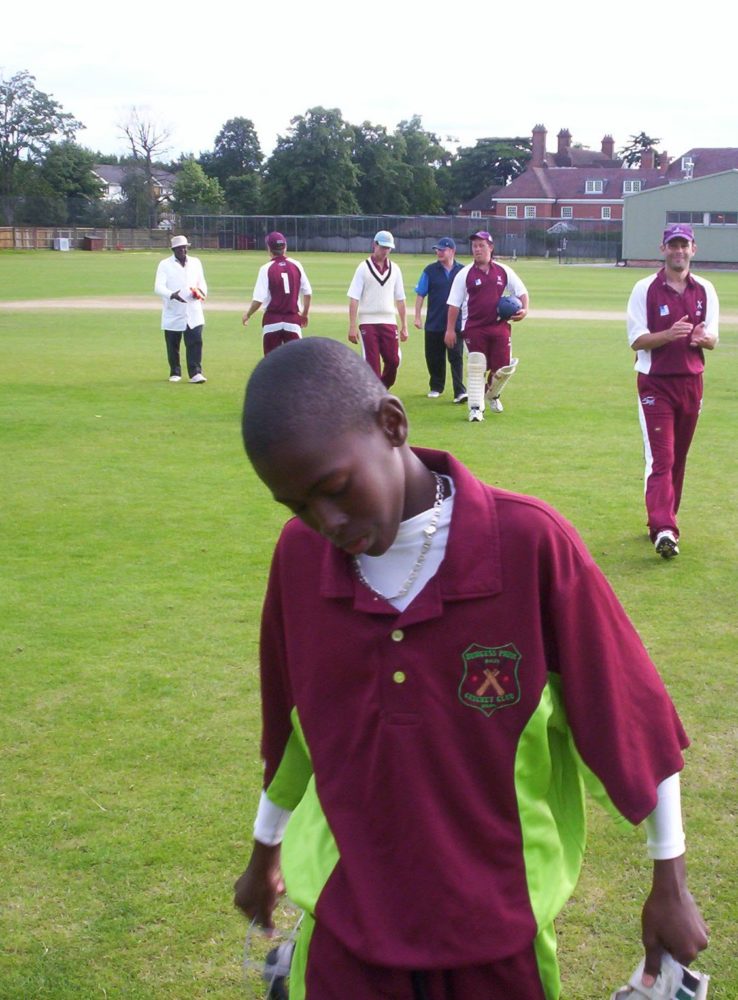 “They gave him a guard of honour when he walked off the last time,” said Frank. “I don’t remember how many runs he got – but they recognised he was very special. The other kids in the team cried the last time he played.”

Frank said: “Everyone who coached him said he would stay skinny until he was 30.

“He is still really slender but he is strong. He works out everything that he eats – and doesn’t touch sugar. You can see the results of a good diet and disciplined practice.”

Frank moved to Liverpool soon after, and when Jofra came over for the summer, he played in the Lancashire leagues for Aigburth in the county’s second division.

Within five years of his stint at Burgess Park, he was called up to the West Indies under-19s. 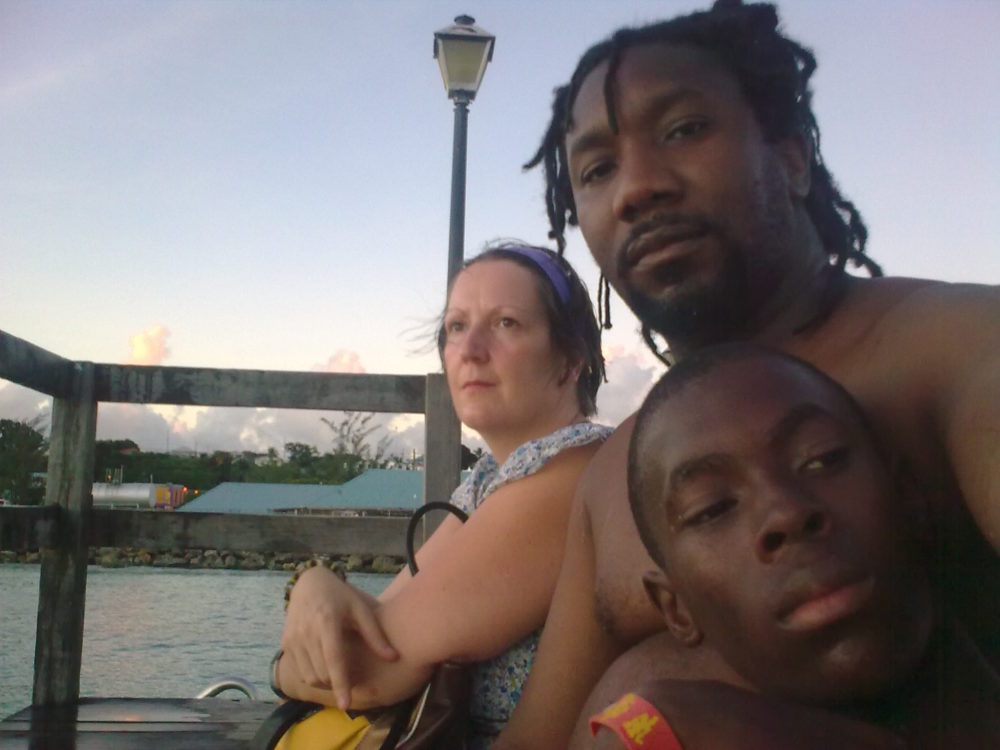 He was scouted by Sussex when he was playing in Barbados at a cricket school.

Frank said: “It was always Jofra’s plan to pursue his dreams. We knew years required for qualification to play for England. I told him they would change the rules for him.”

Frank has every reason to be proud of his son. He said: “When England won the World Cup there was elation and relief – but it was also surreal. I got totally bladdered – people kept buying me drinks all night.

“I’m a man of leisure now I have retired, so it did not matter. I’m happy not to be working on those time constraints any more. If I find myself not doing anything, I can have a nap,” he joked.

“Jofra made me a promise when he was seven that when he was famous he would buy me a house. “I’ll give him plenty of time but I hope he earns enough money to make good on that promise.”

Other members of the family have contributed to Jofra’s success.

“His uncle and aunt Eddie and Martha Husbands looked after him while he was here when I had to go to work,” said Frank. “I am so grateful to them.”

There are some things, though, which Jofra might have wished could have happened earlier. Frank’s dad, Douglas Frank Archer, Jofra’s grandfather, who lived on the New Camden Estate in Peckham, died last October – and never got to see his grandson win the World Cup.

Jofra Archer in action with England in the World Cup; coming off after a stint with Burgess Park Cricket Club; listening to some coaching; and with his dad and his dad’s partner Kirsten in Merseyside Pictures: PA and Frank Archer