Did you know that Jacob’s Island in Bermondsey was the scene of Bill Sikes’ demise in Oliver Twist? Or that Butlers Wharf was used by Dickens as Quilp’s yard in The Old Curiosity Shop? Well now you do. And a new book, Charles Dickens: Places & Objects of Interest, by PAUL KENDALL, tells us about this and much more.

Few writers have had a greater impact upon British society than Charles Dickens.

His stories, and, in particular, his many memorable characters, highlighted the life of the forgotten poor and disadvantaged within society at a time when Britain was the leading economic and political power in the world.

Dickens’ portrayal of the poor, such as Oliver Twist daring to ask for more food in the parish workhouse, and Bob Cratchit struggling to provide for his family at Christmas, roused much sympathy and an understanding of the poor and the conditions in which they lived.

This led to many people founding orphanages, establishing schools to educate the underprivileged, or to set up hospitals for those who could not afford medical treatment – one such was Great Ormond Street Children’s Hospital where one of its wards was named after the great writer.

Little wonder, then, that his legacy can be found across the UK. 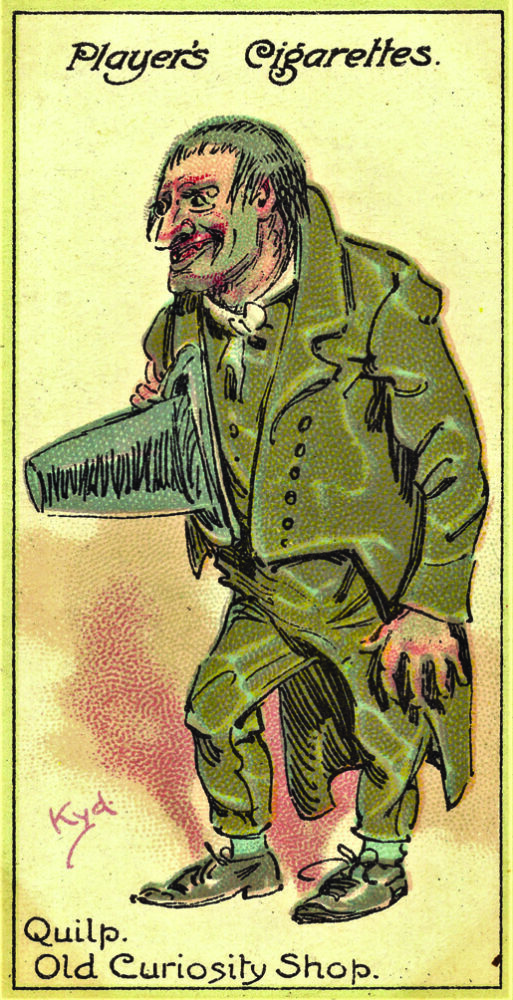 From the buildings where he lived, the inns and hotels he frequented, the streets and towns which formed the backdrop to his novels and short stories, to the places where he gave readings or performed his own amateur dramatic productions to raise funds for his philanthropic causes.

Dickensian memorabilia also abounds, including his original manuscripts to his famous works and letters to his wife.

Many of these have been woven in a single volume which transports the reader magically through stories and images into the Dickensian world of Victorian Britain.

The book is an illustrated biography which tells the story of Dickens’ life and work, through locations and objects.

Dickens was closely associated with London and Kent, but he was born in Portsmouth and travelled extensively around Britain as a parliamentary reporter, as an author researching for his novels, as an actor with his amateur theatrical company and while conducting his reading tours.

This book follows in his footsteps and visits some of those places, including many in South London.

Dickens was a seasoned traveller visiting France, Switzerland and Italy for long periods and he embarked on two tours of America and met two Presidents of the USA, which are explored in this book.

But the book also features many Southwark connections related to Charles Dickens, including:

The wall of the Marshalsea Prison still standing at Angel Place near Borough High Street.

The Dog and Pot Sculpture in Blackfriars Road is a replica of a shop sign that Dickens passed on his journey from his workplace at Warren’s Blacking Factory to the Marshalsea Prison.

The book includes a photo of the actual sign;

Jacob’s Island in Bermondsey, the scene of Bill Sikes’ demise in Oliver Twist.

Butlers Wharf was used by Dickens as Quilp’s yard in The Old Curiosity Shop. I have a photo of this location taken during Dickens’ lifetime.

St George the Martyr Church, Southwark, which was close to the Marshalsea Prison.

The church featured in Dickens’ Little Dorrit. Amy Dorrit was christened here after her birth in the prison.

In later life, she misses the prison’s curfew bell and sleeps in the vestry of this church and towards the end of the book she married Arthur Clennam in this church.

Among the objects included are:

Dickens’ quill and page from manuscript from The Pickwick Papers;

Dickens’ writing desk on which he penned Great Expectations, Our Mutual Friend and The Mystery of Edwin Drood;

Dickens’ mirror which he used to rehearse his readings

Dickens’ court suit which he wore when he was received by the Prince of Wales (Future Edward VIII at St James’s Palace, London);

The couch on which Dickens died.

The book is available from Pen & Sword books for £20.