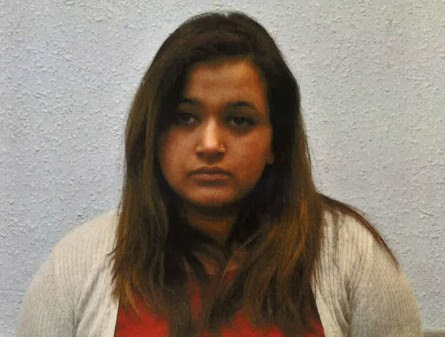 A woman has been jailed for funding her husband’s terrorist activities in Syria.

She previously pleaded guilty to two counts of funding terrorism, contrary to section 17(3) of the Terrorism Act 2000

Nijjer was arrested in August 2016 as part of an investigation by the National Terrorism Financial Investigation Unit (NTFIU), within the Met’s Counter Terrorism Command.

The NTFIU investigation was centred on payments from the UK made to individuals suspected of carrying out terrorist activity in Syria in support of the Daesh regime.

Officers traced a payment of £1,500 that was made in January 2015 to Nijjer’s husband – an individual whom they believed was fighting for Daesh. The payment was made by a London-based man, but when officers spoke to him, he explained that he had been asked by Nijjer – who was an old college friend – to make the payment on her behalf.

Detectives subsequently arrested Nijjer at her home address in August 2016 and seized her computer and multimedia devices. Initially, although she admitted sending the money to her husband who had travelled to Turkey in 2014, Nijjer denied that she was aware of his terrorist activities in Syria.

However, when officers examined her multimedia devices they found conversation logs between the pair with reference to him supporting Daesh and images of her husband holding an AK47 rifle – contradicting Nijjer’s account that she didn’t know about her husband’s links to the terrorist group.

Further enquiries revealed that in July 2015, her husband had also asked Nijjer to purchase and send him various items, including chargers, solar panels, battery packs and clothing – all of which would help to support him carrying out his terrorist activity in Syria.

When detectives made further enquiries into her online shopping accounts, they showed Nijjer had purchased these items as requested.

A number of other money transfers were identified and officers found that a total of £5,500 had been sent by Nijjer to her husband between January 2015 and August 2015, by which time she was fully aware of his links to Daesh.

Detective Chief Superintendent Alexis Boon from the Met’s Counter Terrorism Command said:“Whilst she initially tried to deny she was funding her husband’s terrorist activity, the evidence that the investigation team pieced together meant that ultimately, she was left with little option but to plead guilty to the offences.

“The work of the National Terrorism Financial Investigation Unit is extremely important as it works to identify and cut off the supply of resources and funding to organised terrorist groups and those supporting them.

“Anyone involved in this kind of funding activity can expect to be investigated, arrested and brought to justice, just as Nijjer has in this case.”