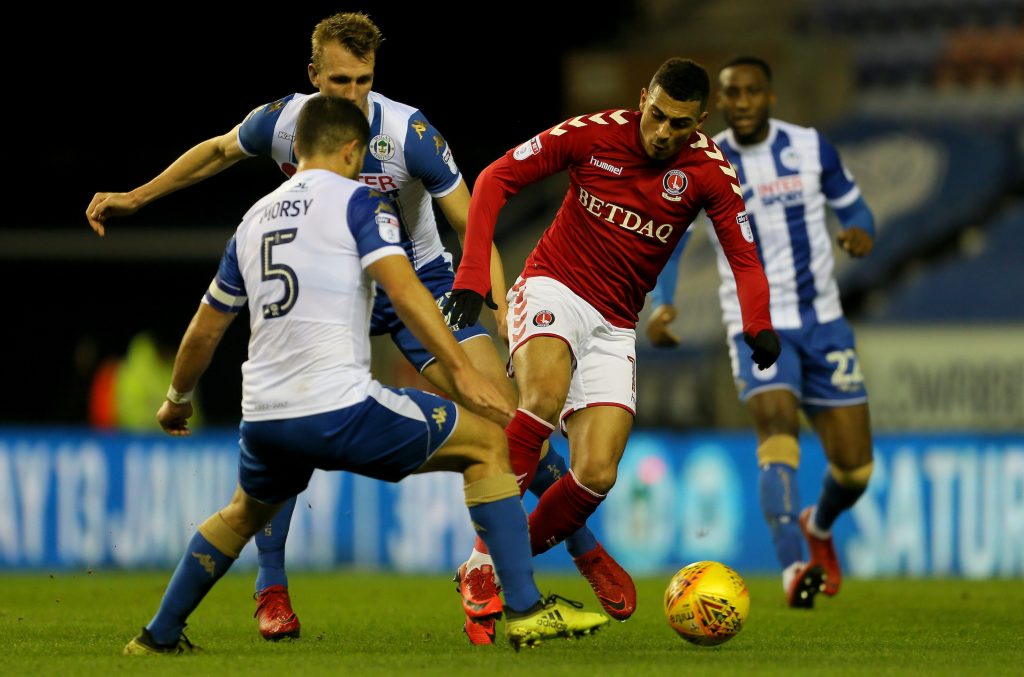 Charlton returned from league-leaders Wigan Athletic with a share of the spoils after a disciplined display in the north west.

They may even have taken all three-points had they snapped up their chances throughout the game but Karl Robinson will be pleased with the way his side frustrated the free-scoring Latics.

The Addicks were well drilled from the beginning of the contest as they set the in-form Latics the challenge of breaking through their back-line.

They even looked dangerous on the counter, as Naby Sarr’s marauding 50-yard run nearly opened a chance for Karlan Ahearne-Grant, but the defenders through-ball was cut out.

Paul Cook’s league-leaders had to wait until twenty minutes in for their first real chance, with Will Grigg’s header from eight yards out powered into the turf before bouncing over the crossbar.

Wigan were reduced to speculative efforts for long spells of the first-period, with Ben Amos equal to Nick Powell’s volley from outside the area.

The South Londoners could have led at the interval. Jackson chipped the ball into the area and Ahearne-Grant beat the offside trap but fired into the side-netting from a difficult angle.

Ahmed Kashi curled a set-piece over the bar as the second-period began in a similar rhythm to the first.

The visitors nearly led just beyond the hour-mark. Mark Marshall weaved through the Latics midfield and slipped the ball into the area. Ahearne-Grant rounded goalkeeper Christian Walton but his effort from an almost impossible angle was blocked.

Nick Powell headed a deep cross back across the goal and wide before Michael Jacobs’ saw a drive palmed away by Ben Amos as we entered the final twenty minutes.

Substitute Ivan Toney’s shot was scrambled away from near the goal line as he collected a long ball into the area that beat Harry Lennon – who was soon withdrawn through injury on what was his first start since a 14-month lay-off.

Amos was alert to race off his line to smother Grigg as he pounced on a Toney knockdown in the area, before Powell was then denied again as he rose highest at a corner.

Charlton nearly nicked it in the closing stages. Ahearne-Grant burst half the length of the field but dragged his effort agonisingly across the face of goal.

And there would be even later drama at the other end, as Sam Morsy’s volley was tipped onto the inside of a post and out by Ben Amos, as Charlton held onto the point that their display deserved.