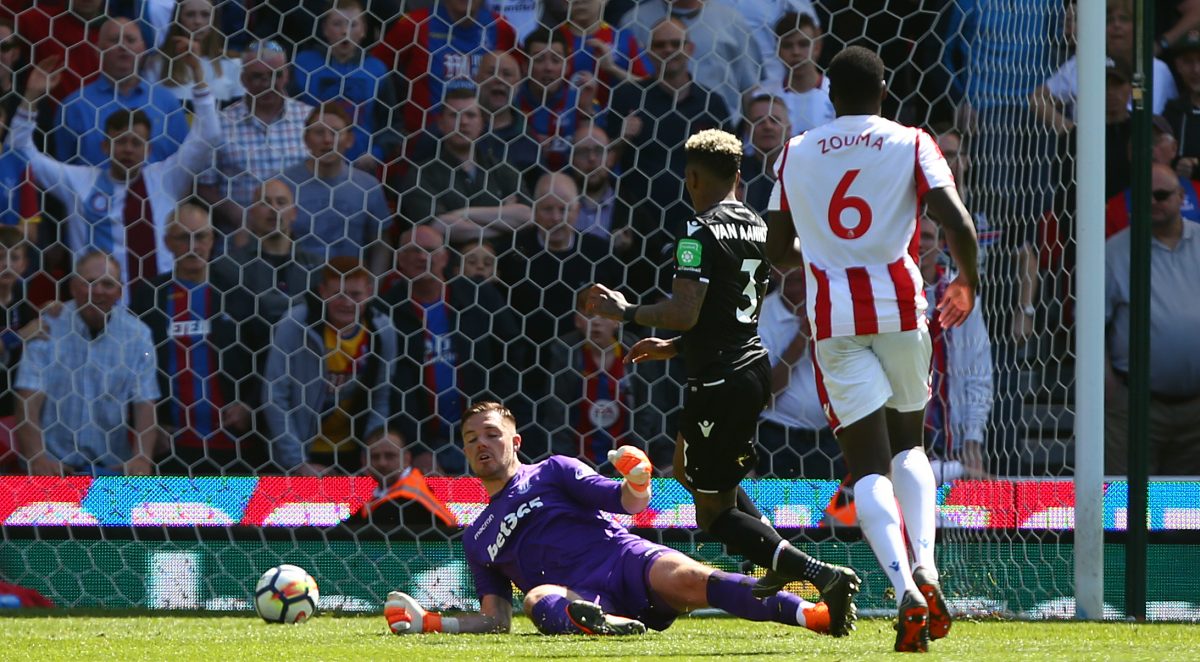 After yet another talismanic performance in the Crystal Palace attacking line, away at Stoke City in their 2-1 victory on Saturday which sealed safety in the Premier League for Roy Hodgson’s men, Wilfried Zaha revealed to the South London Press that it was performances – not calculations – which mattered to him.

“To be honest, I’m not really into the whole mathematical thing,” said Zaha, who was named the PFA Fans’ Player of the Month for April a few days after the Stoke victory. “I just feel like you just need to perform. That’s it. I don’t count on other teams or whatever. We just need to do our job and I’m just happy we managed to get the points we needed.”

After going 1-0 down to a deflected Xherdan Shaqiri free-kick in the 43rd minute, unlike other games this season where Palace failed to come back from conceding just before the end of a half, Hodgson’s side did battle back to win 2-1 thanks to a James McArthur 68th minute strike and an 86th minute-winner from Patrick Van Aanholt.

“It’s easy to fall into that thing where everyone’s already on the beach because we managed to get the win against Leicester”, said Zaha about the 5-0 win at Selhurst Park which all but ensured safety. “But [to come from behind] shows that we’ve got a good team and we’ve got a good mentality.

“I’m happy for the lads – but I’m just not looking forward to Patrick’s tweets and Instagram stuff after him scoring,” joked Zaha in reference to the Palace left-back and his bit of Twitter fun last week when he asked his followers to “name a better left-sided combo” than himself and Zaha, causing much debate. “I know: he’s going to come out with something crazy I know, but I’m happy for the team.”

With that safety guaranteed now the 25-year-old, who grew up in Thornton Heath, returns to SE25 on Sunday as his Palace team welcome West Bromwich Albion at Selhurst Park and the Ivory Coast international cannot wait to give the fans something positive to finish on.

“Yeah definitely I’m looking forward to it because, obviously, the season has been hard for us,” said Zaha about the WBA match.

“The start we had [this season] wasn’t easy but it’s nice to finally get what we deserve with the performances we’ve put in. It would be nice to put a show on for the fans on Sunday.”