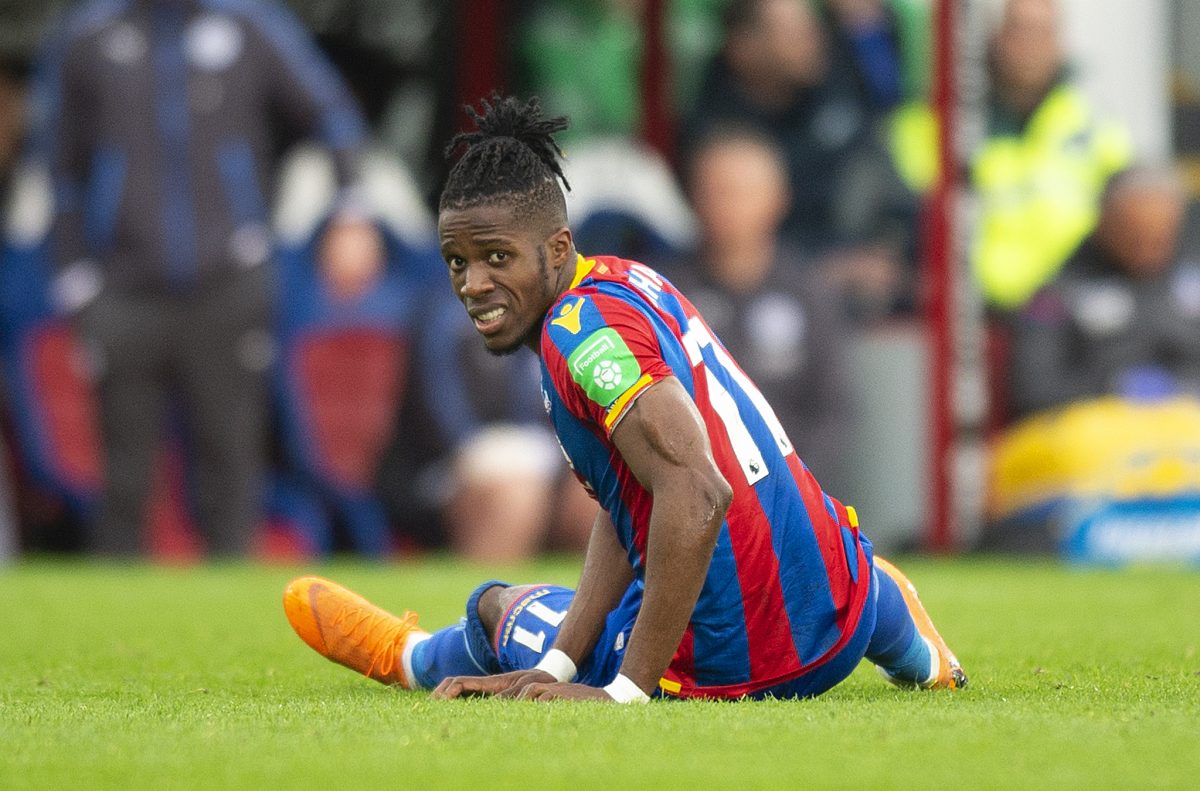 Wilfried Zaha’s Crystal Palace future is out of Roy Hodgson’s hands, according to the Eagles boss.

Zaha starred in the South Londoners’ 5-0 mauling of Leicester City on Saturday afternoon, netting his fourth goal in as many games and also providing an assist for James McArthur.

The Ivorian is likely to attract vast interest from clubs higher up the Premier League, with Tottenham in particular linked to the Palace academy graduate.

“The only reason I spoke about his performance in glowing terms was because he mixed up his dribbling, his runs behind, his workrate coming back and his passing. There have been times when he has won games for us on his own but Saturday was a complete performance.”

Zaha’s two permanent spells at Selhurst Park have come either side of an unhappy year at Manchester United, for whom he made just four appearances in the 2013/14 campaign and was pushed out on loan to Cardiff City. But Hodgson feels the winger is much more mature than he was back then.

“I’ve heard Wilf say in interviews that he thought he was too young when he went to Man United and wasn’t ready to handle the pressures of what being at Man United meant. I’m pretty certain it’s no longer the case that he lacks maturity but if he believes in this club and the work that everyone is doing then you can’t always do a lot better than the club you are at.

“Sometimes a move is not always the right thing and if ever Wilf’s head did get turned it would not be because there is not more money involved, it would be because of other reasons. If that’s the case then Steve Parish and I will have something to contend with.”