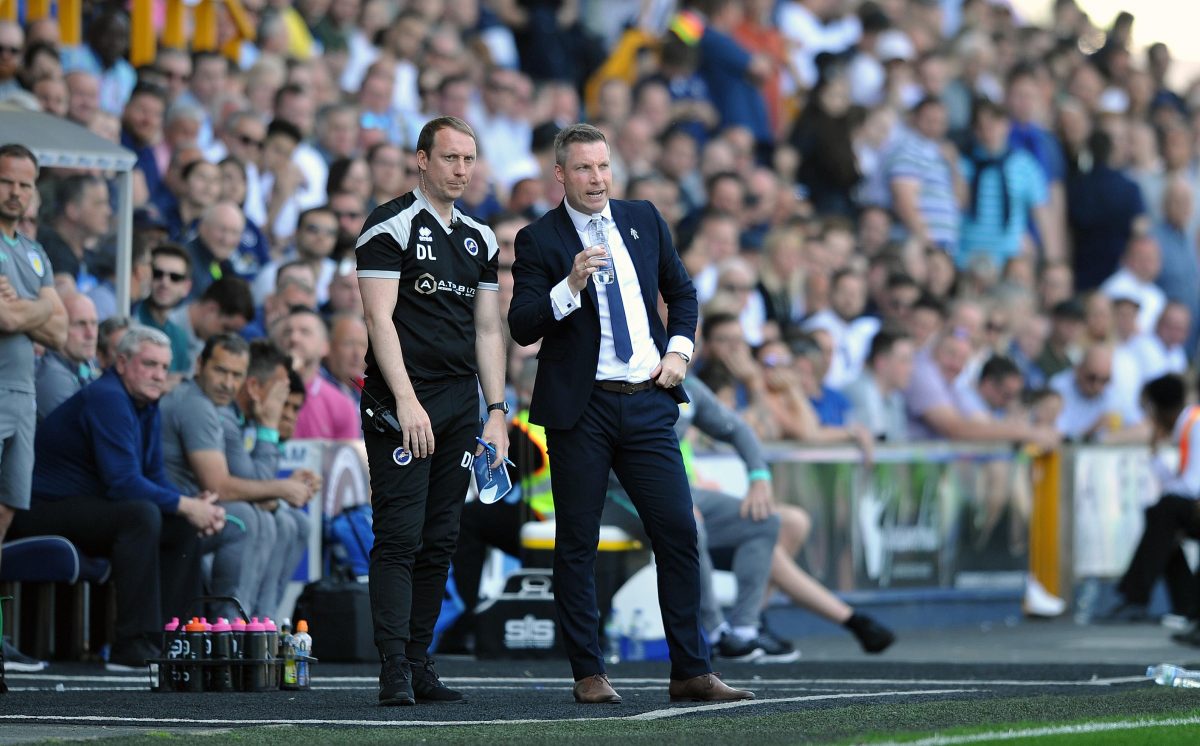 The Lions finished eighth in the Championship this season despite only spending small fees on Jake Cooper, Jed Wallace and George Saville.

The rest of Harris’s additions in the 2017-18 campaign were either free transfers or loan signings.

Millwall’s transfer record still stands at £800,000 for Paul Goddard in 1989. It is quite amazing that total has not been usurped despite their spells in English football’s second tier.

“I can’t answer that at the moment,” said Lions boss Harris when asked if there could be an outlay that tops that in the next window. “We’ve managed to bring in some quality players in the last three years. The fees we paid for Coops, Jed and George are bargains of the year when you look back now.

“They were a big focus for us to get signed for nominal fees. We brought in free signings in Conor [McLaughlin], Mezza [James Meredith] and big Tom, who have all performed outstandingly well.

“Macca and Mezza have played a lot of football this season. Tom has had to be more patient but is really developing into a really good Millwall centre-forward. You’re certainly going to see more of him in the future because he has probably had more to learn about our style – what to do both with and without the ball.

“The six we brought in, the recruitment team did well. We got them in on the cheap too. The plan is to do the same again but the likelihood is that we want to be chasing better players than we have got already.

“We might have to spend more money but we won’t spend money if we feel we are not getting value. We certainly won’t be dictated to by other clubs. We will pay what we feel they are worth, that is key in the modern day game.

“Recruitment is always key. It is not always going to be easy within our budget. We found it quite hard in League One at times, fighting against other clubs there, and now we are trying to be a top-half side next season in the Championship. Within the financial boundaries we are under, that is very difficult.

“But we have shown time and time again there are players out there we can bring in to get that quality.”

Millwall have moved quickly in past windows under Harris – a clear sign that targets had been identified and worked on over a sustained period of time.

Even after promotion via the play-offs last May – leaving them waiting on their status and unable to push the button on transfers – they still struck quickly with only Jake Cooper and Ryan Tunnicliffe added just before the Championship campaign started in August.

“The fact we have an established squad makes me a lot more settled this summer,” said Harris. “The challenge is to make it better, I fully understand we can’t stand still. It is my responsibility to make sure that doesn’t happen.

“We have a contracted core of players who bring us stability and who I love working with. We’ve got the heartbeat already and it is complementing that.

“We can afford to take our time. Don’t get me wrong, I would like the new players in tomorrow or on June 25 when the squad report back. Then you can just train and prepare for August 6 [the start of next season]. But that is not always possible.

“There is the balance between getting the right personnel but at the right time. Realistically, we might have to wait until August to get the players we require. We’ve learned over the years that you have to be patient.

“We are only looking for a couple of players to what we have got.”

One signing that would go down a storm is a return for Ben Marshall. He was the one January signing to gain major game time and added pinpoint crossing from the left wing as well as quickly buying into the work-rate demanded by Harris.

Marshall, 27, would not be a cut-price addition. The Salford-born winger has a deal which runs at Wolves until June 2020.

“We’d lost Aiden [O’Brien] at Leeds with an ankle injury for a couple of months and we needed that bit more competition,” said Harris. “Marshy performed very well on the pitch and was also a breath of fresh air in the dressing room.

“All four boys who came in during January were top-drawer. They were immense in terms of what they added to the group.

“Marshy has loved his time here, absolutely loved it. He’s played arguably every game barring the first one, when he lacked a bit of match fitness.

“In my thought process for next season, he is certainly the sort I want to attract. I’d like to have the opportunity to bring in Ben full-time but he is Wolves’ player, it has got to be their say on what they look to do with him. He is certainly of huge interest to us.”