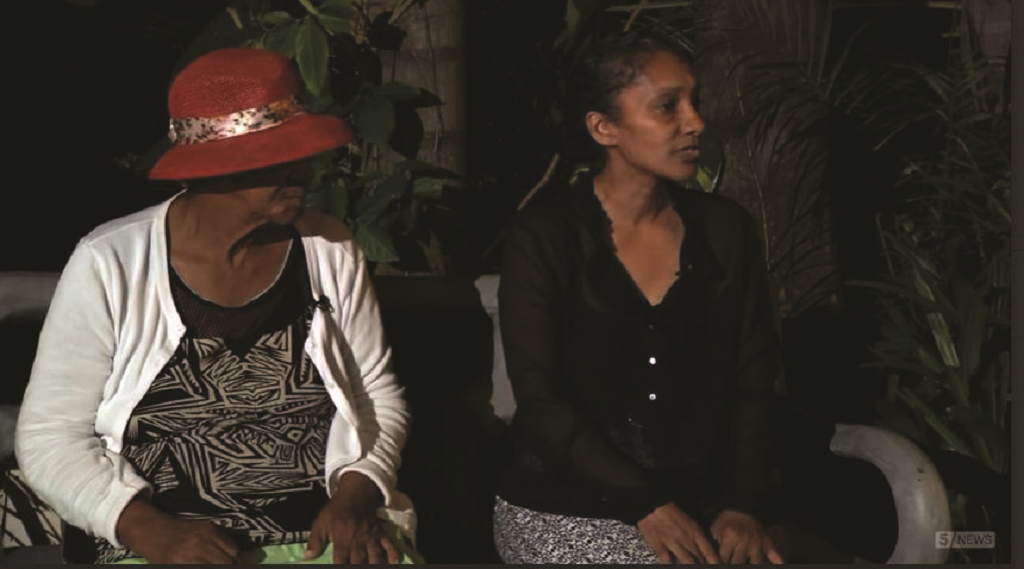 The daughter of a Windrush immigrant denied entry back into the UK said she fears her mum will die alone in Jamaica because she cannot afford medication.

Gretal Gocan was denied entry to the UK in 2009 after she travelled to Jamaica for her sister’s funeral.

The 83-year-old has since fallen into two diabetic comas because her pension has been stopped and she cannot buy medication.

Gretal, who first came to South London in 1961, on Thursday appeared on Channel 5 News from Jamaica with daughter Pauline Blackwood, who had flown from Britain especially see her.

Ms Blackwood, who lives in Loughborough Park, Brixton, said: “Mum was chosen out of her siblings to come to England.

“She met dad on the boat over to London and they started a family. Mum worked in places like the Lyons Tea House in Piccadilly but it was difficult to cope with all of us and I grew up in care.

“Mum is a bit happier for having me and my brother over in Jamaica to give her the support she needs.

“We have done everything humanly possible to try to get her back into England so she can be with her family.

“I would like to thank our MP, Helen Hayes, who has done so much to get us meetings with the right people and to bring our case to the media.

“All the publicity and the apologies we have had from the Prime Minister has been like a prayer being answered. But it has been a long and difficult fight and it is a long way from being over.”

Her sister, Yvonne Burdon, said: “Our mum is 83 so of course she is frail and needs our support – and we would like to be able to give that to her.

“She is not getting any younger so these nine years have been very hard, especially when she was in a coma twice.

“We do not know how to go about getting the financial side of things sorted out.

“We have written to the Home Office and to other offices. But we get stuck at every turn. It is like going up against a brick walls all the time.

“This Government does its best to be welcoming to people of all nations. Borders have been opened up to allow many people to come and live here.

“But when things have gone wrong, we just do not understand why things are being covered up. I don’t like to put anyone down, because people are doing their best, but when it comes to the nitty gritty, to people like us, the system is failing us.”

Mrs Gocan’s children, who were among the hundreds abused in Lambeth’s now-closed Shirley Oak home for children in care, have been battling to bring her home to England for the past nine years.

Gretal’s Jamaican passport was stamped with “indefinite leave to remain” when she arrived at Tillbury docks in the 1960s but it was stolen in 2008.

When she tried to board a flight home to the UK in 2009 after her sister’s funeral she was told that her Jamaican passport was invalid.

She has since been stuck in Jamaica, penniless and unable to buy medication, living at the mercy of different family members.

Her children applied for a visa for her to return to the UK to gather the evidence required by the Home Office to support her claim that she’s British.

But her visa application was refused because she has children in the UK so may overstay.

Lambeth council hold her housing records but have not yet produced those documents.

An approach to the Department of Works and Pensions for access to her records resulted in the family receiving a bill for overpaid housing benefits.

Merleen Gocan, the wife of Gretal’s son Leigh, said: “This family were so cruelly abused by the state and are now having to fight with authorities to get their mum home.

“Gretal lived in England for over 40 years and even though the Home Office know she is 83 and vulnerable, they have presented obstacle after obstacle, reducing this woman and her life to an immigration statistic.

“The Government still has the records from the 19th century that details the names of slave owners and their slaves that they used to pay the slave owners reparations.

“But they have kept no records of the people of the Windrush generation who they invited to the UK to live and work.  They need to put this situation right and bring Gretal home immediately so she can end her days with her children.”