Machetes and cannabis have been seized after police raids in Merton.

Officers from Wandsworth and Merton executed a warrant on Sunday, September 12, leading to two arrests, and the recovery of three large machetes and sack-fulls of marijuana.

The warrant, planned and conducted by officers from Emergency Response Team B was part of the effort by police in South-west London to tackle violence linked to the trade in controlled drugs. 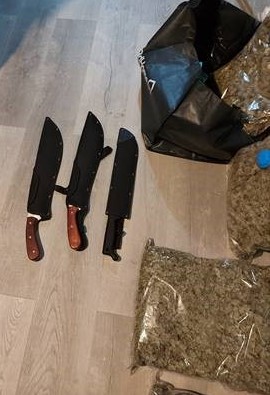 A woman in her 40s and a teenage female were both arrested for the offences of possession with the Intent to Supply Class B drugs, and Possession of an offensive weapon.

Both suspects have been released under investigation.

Fearless is a service that allows you to see information on young peoples involvement in crime and to pass on information about crime 100% anonymously. You don’t have to give us any personal details, and it is completely independent of police: https://www.fearless.org/en