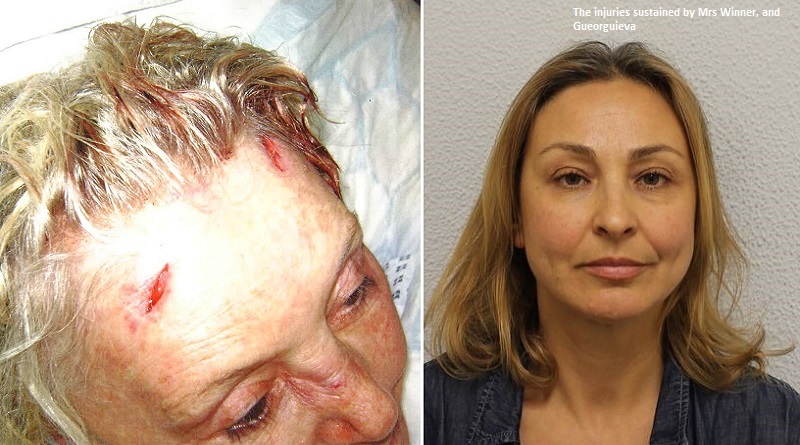 A woman who blindfolded and tied up the widow of film director Michael Winner during a burglary, has been handed a nine-and-a-half year prison sentence.

The victim suffered head injuries and a broken finger and rib in the attack.

Gurgana Gueorguieva, 48, of Russell Road, Holland Park appeared at Southwark Crown Court on Friday, where she was told of her fate, having pleaded guilty to aggravated burglary.

The court heard that at around 10pm on October 9, 2015 Geraldine Winner – who was aged 77 at the time and is now 81 – opened the door to her flat to put out some rubbish.

As she did so, she was attacked by Gueorguieva, who forced her back into her home, blindfolded her and bound her hands and feet.

She then stole a number of items, including a diamond pendant, cash and a painting.

Mrs Winner was left on the floor with head injuries, a broken finger and a broken rib which required hospital treatment.

Gueorguieva, who claimed to be a former lover of Mr Winner, was arrested in June 2019 after a search of her home found the items belonging to the victim, as well as items of clothing she was known to have worn during the attack.

She was charged on June 7, and remanded in custody.

Detective Constable Peta Lundgren, who led the investigation, said: “This was a brutal attack on an elderly woman in her own home, the place where she should have been safest.

“Gueorguieva appears to have carefully planned this burglary and we are pleased she is now behind bars and unable to subject anyone else to this kind of horrific assault.

“We would like to pay tribute to Mrs Winner for the way she has conducted herself throughout the investigation and for providing vital evidence which would no doubt have been a painful reminder of that night.”