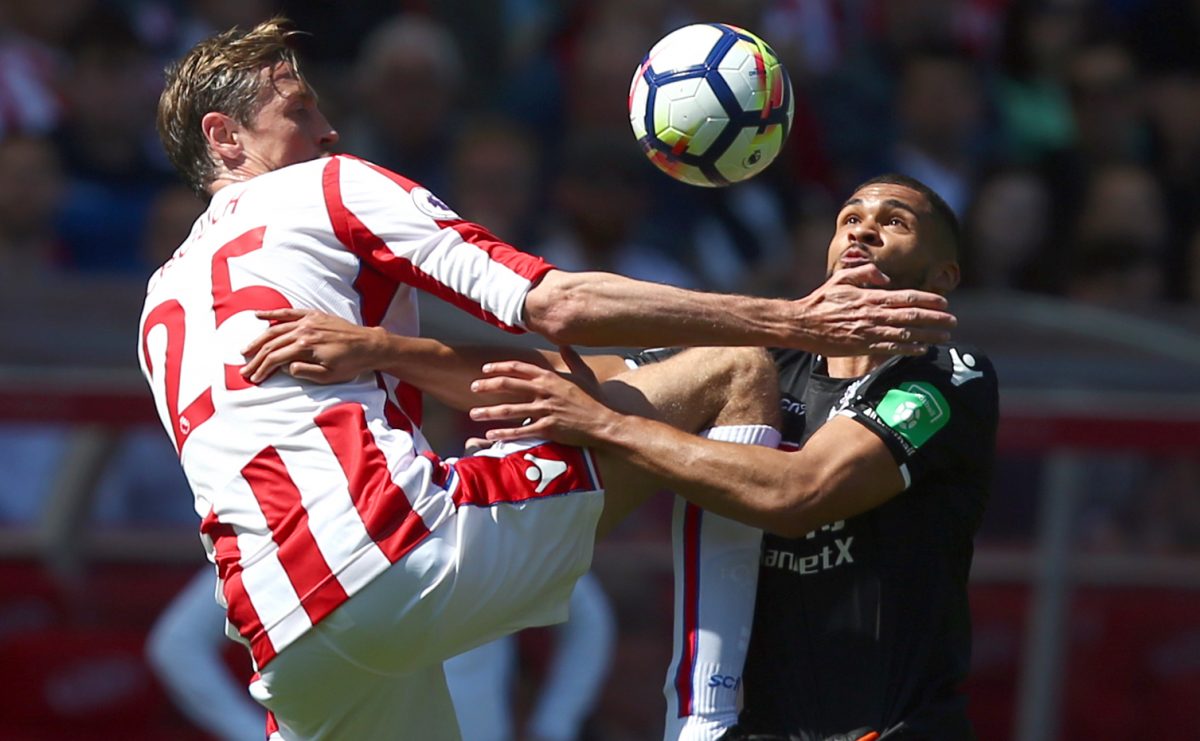 With just one game of his current loan deal with Chelsea remaining, Palace midfielder Ruben Loftus-Cheek is focusing on maximising his performance levels after returning from a three-month layoff due to an ankle injury in mid-March.

He has since been an ever-present in Roy Hodgson’s side, playing in the last seven league games which have resulted in just one loss, against Champions League finalists Liverpool, to secure Premier League safety thanks to a 2-1 victory over Stoke City on Saturday.

Loftus-Cheek was at fault for the opening goal from Stoke as he dribbled into danger in defence, and fouled Xherdan Shaqiri on the edge of the box as he attempted to recover the ball. In a cruel twist of fate, it was Loftus-Cheek’s head in the defensive wall which then deflected the resulting free-kick into the net past Wayne Hennessey just before the half-time break to make it 1-0 to the home side.

However, Palace came back strongly in the second half as Loftus-Cheek himself provided an assist after a clever run from James McArthur as the Scottish midfielder slotted home in the 68th minute and then Patrick Van Aanholt scored an 86th minute winner after a defensive mistake from Stoke to seal the come-from-behind win for the Eagles.

“It was great character from the team,” said the Lewisham-born Loftus-Cheek to the South London Press after the game. “I don’t think we did too badly in the first half, but I made a mistake with coming out of the box with the ball, and it then clipped my head for the goal, but I think we did really well to come back in the second half to get the win.”

Despite a 5-0 win at home against Leicester in their previous home match all-but-securing their Premier League safety, the Stoke victory saw it mathematically safe and for Loftus-Cheek it is not only a team ambition, but a personal ambition to keep up the levels of commitment and effort right through until the final whistle against West Bromwich Albion on Sunday afternoon at Selhurst Park in the final league game of the season.

“We’re still trying to improve with the last training sessions and games of the season. I’m getting fitter every week and feeling better every week. It’s just a case of keeping going, keeping up the gym work and trying to get in the best shape as I can.”