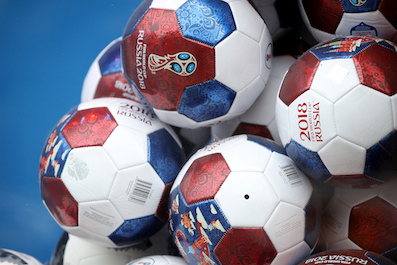 Neil Harris will catch as much World Cup action as possible – admitting that players from some of the smaller nations could even emerge as potential transfer targets.

The World Cup got under way yesterday and the Millwall boss will be tuning in for plenty of the matches in Russia.

He said: “Some games I won’t be able to watch because of family duties but I’ll be trying to watch nearly all of them, certainly every evening one.

“Some appeal more. Some I might record and watch back. Some games I don’t expect to be great quality but I’ll still enjoy watching the tactical battles and how teams line up.

“There might be players who come across our radar at the lower nations that I will get a good chance to see.

“There are also players we might come across next season in the opposition.

“It’s just a great occasion. It comes around every four years and it is the highlight of the football calendar.”

The Lions have James Meredith and Tim Cahill on duty for Australia – the latter looking to score at a fourth World Cup.

But another link to the South London club is Harry Kane, who impressed on loan at The Den in 2012.

“There is an appreciation from Harry about his time with the club – he has spoken about that before,” said Harris. “And there is also an appreciation from us towards him. A lot of Millwall fans watch Harry Kane with real pleasure, having seen him as a boy while he was here.

“There is an element that Tottenham won’t be everyone’s favourite but they have a lot of young England players coming through who are beneficial to the nation.

“I’m delighted that Harry has got the captaincy at a young age. You want a player who can handle pressure and criticism. There were a lot of questions when he had a spell without scoring goals but he has always bounced back.

“It would have been the easy option to give it to Jordan Henderson or Gary Cahill. They’d have been excellent choices but maybe not played every game, whereas I think Harry Kane will be given the opportunity to lead a young side.”

England as a nation does not seem to be expecting success, as it has for previous tournaments.

“I expect them to get out of the group and to beat Panama and Tunisia,” said Harris. “I don’t have any pre-conceived expectations of what can be achieved. The match against Belgium will lay down a bit of a marker because they are a world-class side.

“After that you’re into the knockout stages, where we have struggled a lot. But it’s a young, hungry group and a lot of them have played plenty of tournament football in the 19s, 20s and 21s.

“I don’t think we have the leadership and experience to go too far. It’s very hard to win knockout game after knockout game. It’s hard to win two of those, let alone three or four to really achieve.

“It’s about looking to the future, like Gareth Southgate says. The European Championships is where this squad comes to fruition. To reach the last eight would be an excellent achievement.

“We’ve got goals and athleticism in the team, can we keep clean sheets?”