If you have any experience of following Millwall at all, then you’ll have known that the script at Adams Park had been written all week.

Wycombe had failed to register a single goal during their Championship stint so far – let alone accrue as much as a solitary point. Anyone of a Millwall persuasion knew what ‘should’ have been coming as the Lions rolled into town at the weekend.

Initially it seemed as though that hunch wasn’t going to be proved wrong. It took just nine minutes for Wycombe to break their Championship duck. Bartosz Bialkowski’s ill-advised Cruyff Turn gifted Scott Kashket a goal which probably won’t make Wycombe’s goal of the season reel – even if the hosts’ over-exuberant celebrations would suggest otherwise. 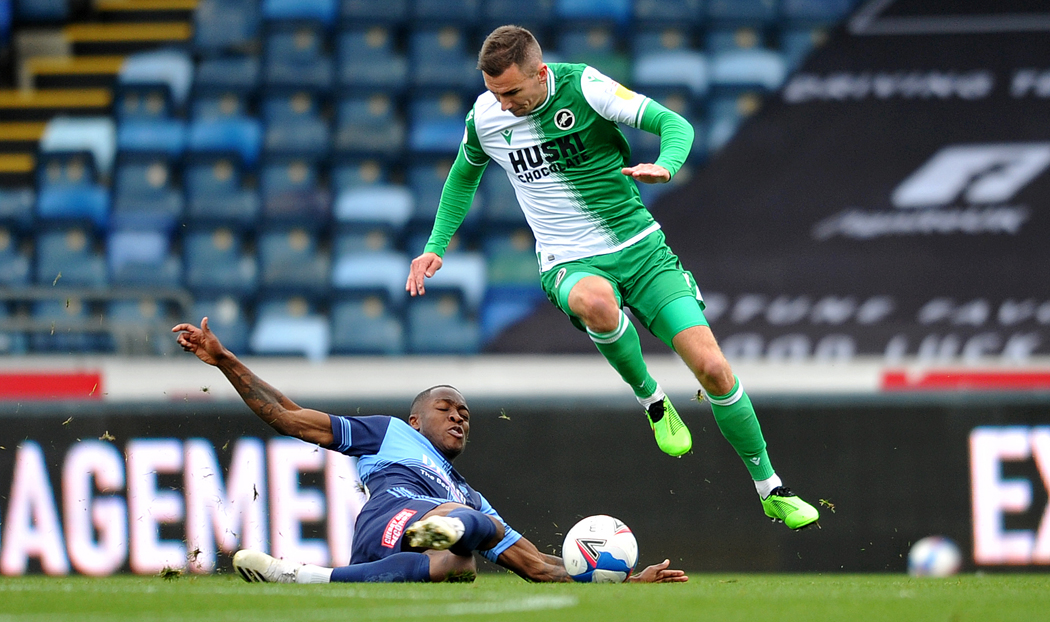 But since Gary Rowett took charge, slowly but surely Millwall have evolved from some of those ways of old.

The fact that the Lions turned this game on its head with a sterling second-half performance to run out comfortable winners is testament to that. To do so whilst also dominating both the possession and attempts on goal statistics is also an indicator of the direction which Rowett has his side moving in.

The Millwall boss has spoken so often of his desire to see his side show added quality on the ball, and they did just that to banish a dismal opening 45 minutes. 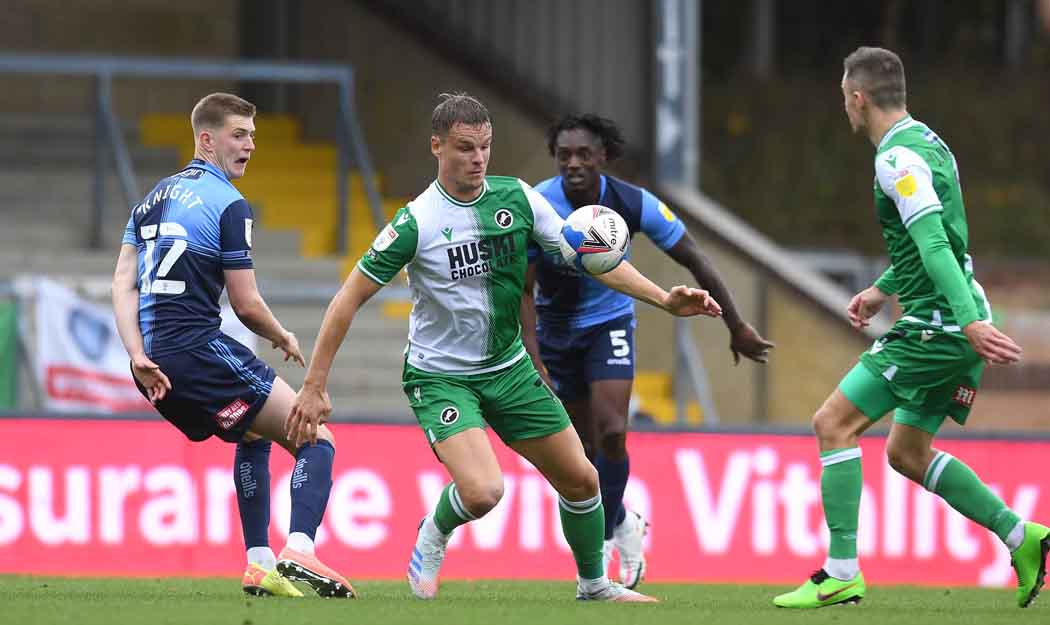 Reverting to a back four, Jed Wallace and Connor Mahoney were unleashed in the wide areas with the former looking back to his brilliant best. After such a stunning season last year, Wallace himself has spoken of his disappointment after his goals dried up in the second half of the campaign.

He’s looked rejuvenated since the new campaign began though, with further additions of quality perhaps easing the creativity burden which at times last year seemed to fall solely at his feet. It was his vicious delivery towards Matt Smith which saw the big striker hauled down for the Lions penalty. Wallace swept it beyond Ryan Allsop with venom to draw the visitors level for his third goal in five games already this term. 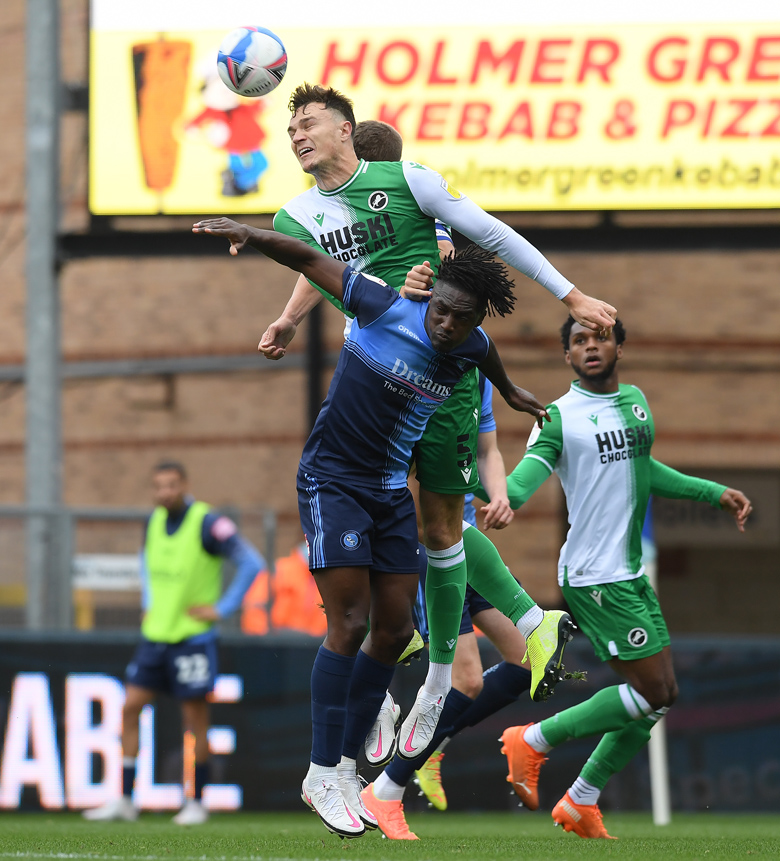 On reflection, this was a game full of extraordinary moments. Social media was awash of Joe Jacobson’s goal direct from a corner alongside Jake Cooper’s sensational attempt crashing against the woodwork from the halfway line after the game.

But the narrative from some that the hosts were perhaps hard done by after Jacobson’s effort was ruled out is wide of the mark. The fourth official ruled Kashket had pulled Bialkowski’s glove as the corner was taken in a controversial call. The Polish stopper had a torrid time, and he won’t want to relive his afternoon in Buckinghamshire anytime soon. But even if Wycombe did have a case for Jacobson’s goal standing, it shouldn’t have made a difference. 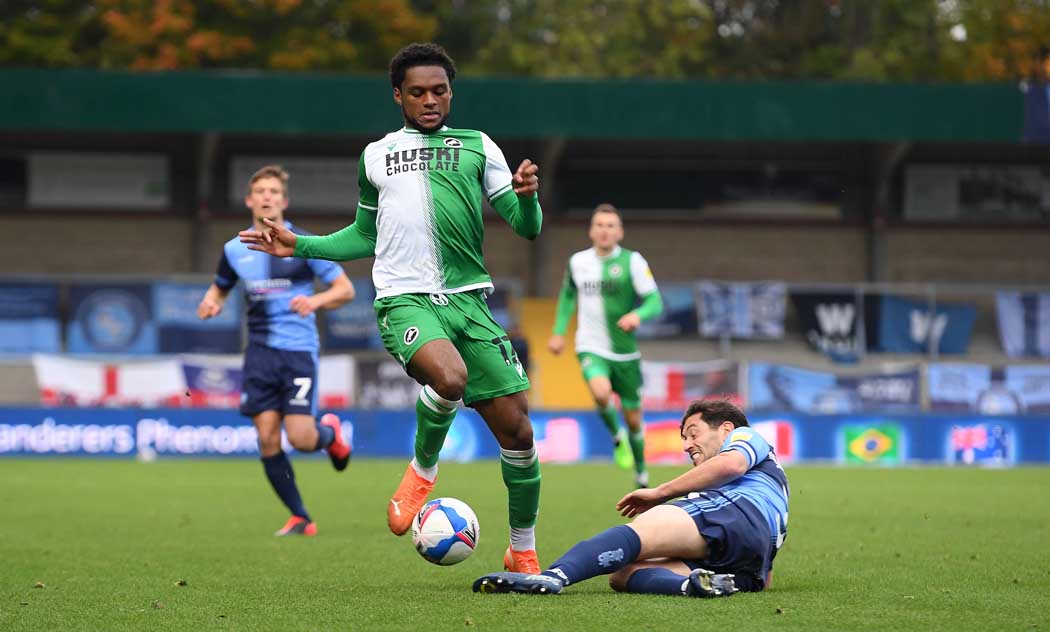 Millwall were a cut above their opponents once they got their act together following a dismal opening 20 minutes, and this was a far more comfortable experience than the scoreline would suggest at first glance.

Smith spurned two golden chances in the second half to grab the goal his imposing performance deserved. The Lions were denied by the woodwork on no less than three occasions throughout, as Shaun Hutchinson, Smith and Cooper were all denied by the crossbar.

But Millwall weren’t to be denied. 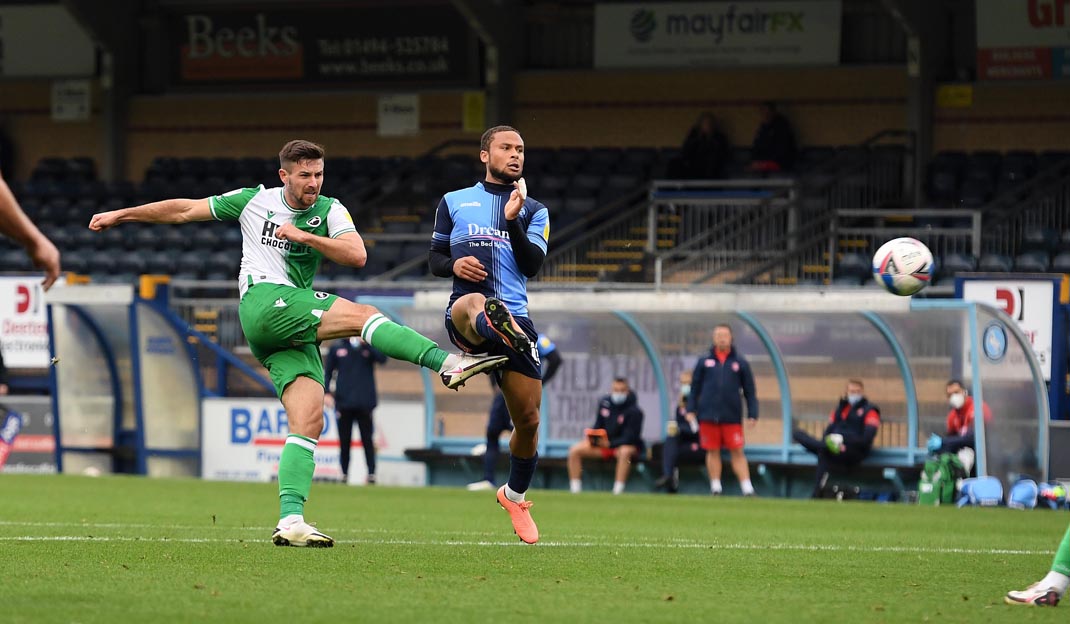 Ryan Leonard’s winning goal was the perfect example of the gulf in class between the two sides on the day, as a slick Millwall move ended with the ball being teed up for the midfield man just inside the Wanderers area. He took his time before arrowing the ball into the top corner beyond the motionless Allsop. Leonard has shown on a number of occasions now since football’s resumption that he possesses the ability to add those goals from midfield which Rowett so desperately craves.

It was a goal which further highlighted the Lions continued evolution under Rowett, who have put a history of notoriously slow starts behind them to sit seventh after the opening five rounds of games. 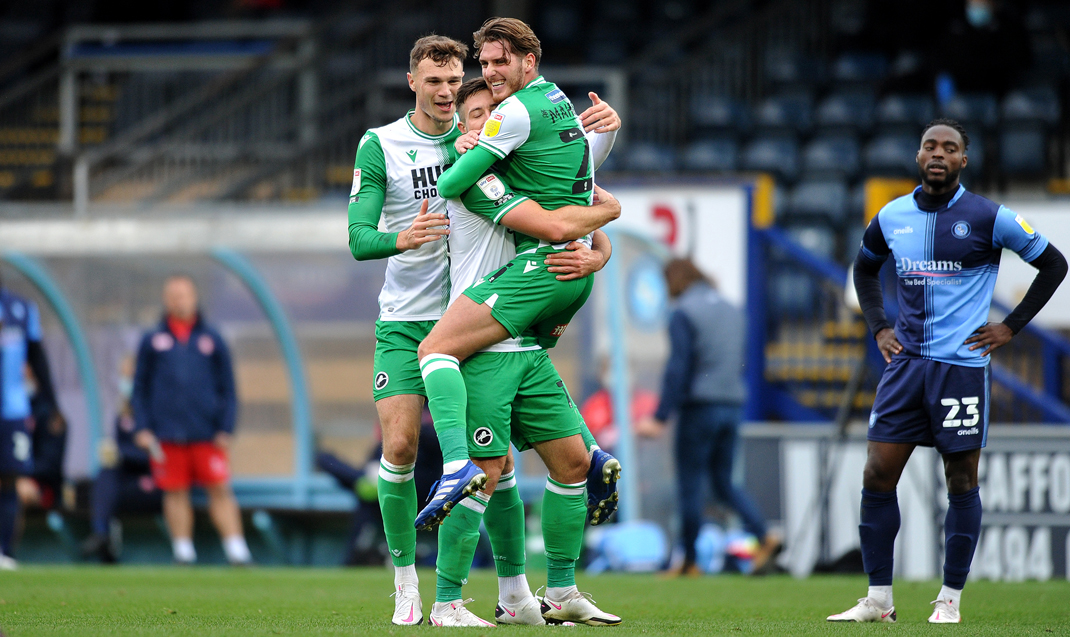 For Lions fans, there should be cautious grounds for optimism – it still feels as though this Millwall side haven’t quite hit the heights they feel they’re capable of in this opening run of fixtures.

If the Lions are to go one better than last year and challenge for promotion, then these are the types of the games they should in theory be winning. Performing in big games against big scalps has never been a problem – it’s the games where Millwall are fancied which are often the problem.

It’s games like the Wycombe clash at the weekend which will be the real acid test for Millwall’s promotion credentials. 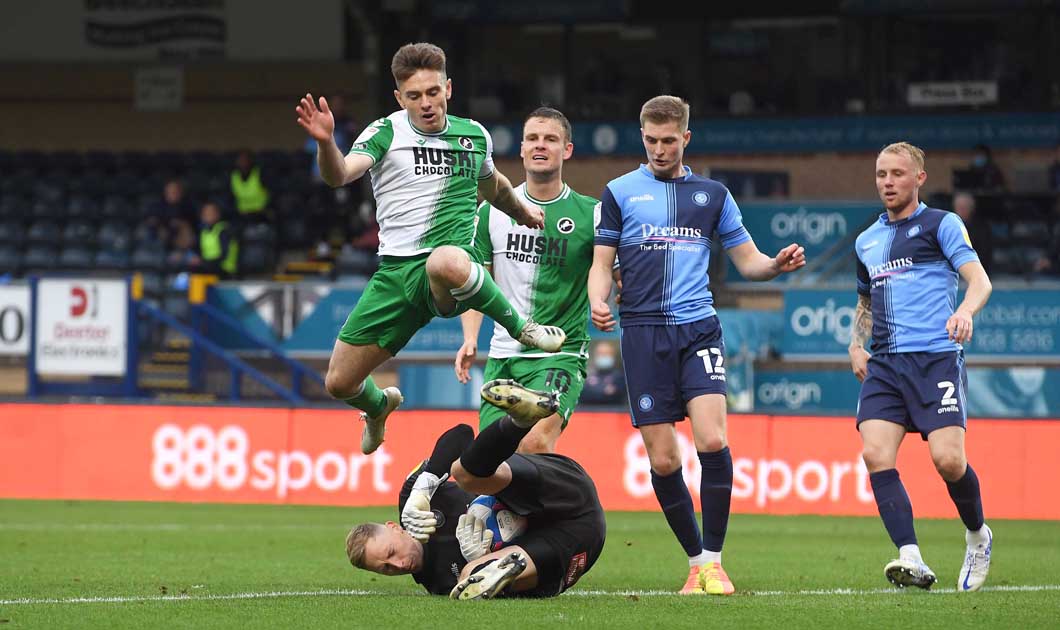 Going into games they’re expected to win is a recipe which ends in disaster more often than not for the Lions – last December’s corresponding fixture with Barnsley is a timely reminder of that.

Millwall have back-to-back home clashes with Luton and Barnsley this week, and could turn a strong start into an excellent one if they can build on Saturday’s professional performance.

STAR MAN
Jed Wallace. Looks back to his best. Took his penalty well and tormented Wycombe with his direct running and pinpoint deliveries all afternoon.

BEST MOMENT
Ryan Leonard’s thumping winner was a moment of quality after a good team move. Honourable mention to Jake Cooper for THAT effort.