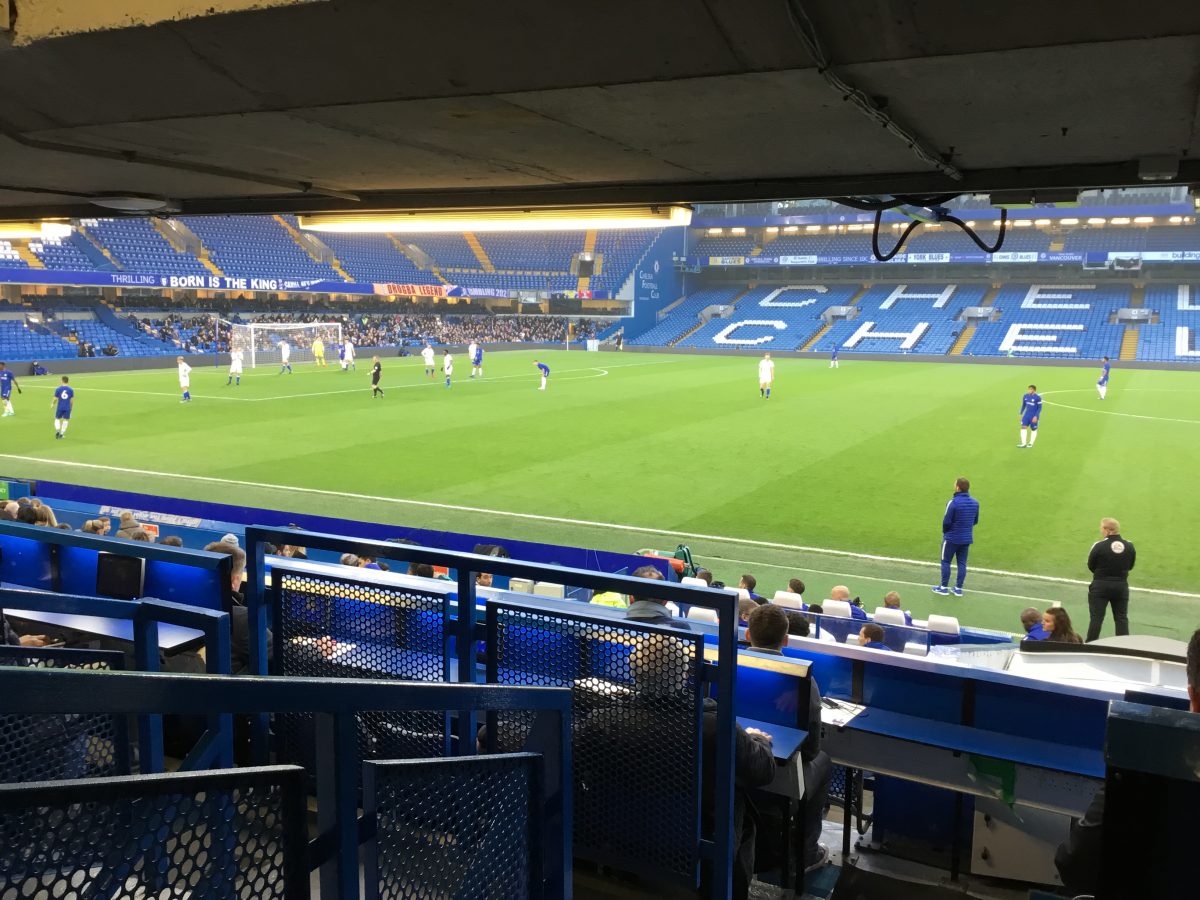 Only Arsenal or Blackpool, who contest the other semi-final can prevent the young Blues from winning their fifth in a row.

Jody Morris’s men, and tonight it was men against boys, thrashed the Midlanders 4-0 at Stamford Bridge. A brace from Callum Hudson-Odoi and a goal apiece from Charlie Brown and Tariq Uwakwe sealed a 7-0 aggregate win.

Right from the off, the west Londoner’s put any sense of complacency behind them and forced their opposition back onto their own penalty area.

Charlie Brown rattled the Birmingham crossbar on five minutes as the Londoners went for the jugular early on to consolidate their 3-0 first leg lead.

A sweeping counter-attack destroyed the Brum defence and Tino Anjorin rattled the crossbar on 16 minutes.

Next up to test Birmingham goalkeeper Adam Siviter was Hudson-Odoi, but he could only zip a right-footed curler inches wide of the keeper’s left upright from 20 yards out. He was quickly followed by Uwakwe, who sailed the ball into row z of the Shed end.

A header by Anjorin on 25 minutes from eight yards should have resulted in a goal, but once again, the Blues were wasteful in front of goal.

Chelsea took the lead on 30 minutes through the dead ball skills of Hudson-Odoi when he thumped a vicious 25-yarder high and wide of Siviter’s grasp to extend the aggregate lead to 4-0.

The second on the night came from the  mazy skills of Charlie Brown who tucked the ball home neatly from just inside the visitors’ penalty area with six minutes of the first half remaining.

Birmingham’s Ryan Burke tried an audacious 35-yarder which Karlo Ziger clasped confidently. Thirty seconds later and Hudson-Odoi got his second, cutting in from the left, drifting effortlessly past four players before curling a right-footer past Siviter from the edge of the penalty area.

The second half started as the first, with the woodwork getting a beating – this time from a Clinton Mola header on 47 minutes.

George McEachran tickled the ball forward from just inside the Brum penalty area. Siviter got a touch onto it and the ball clipped off the woodwork again.

But number four came on 62 minutes when Hudson-Odoi’s left byline cross was tucked home from close range by Uwakwe to make it 7-0 on aggregate.

Birmingham sub Kyle Hurst had a shout for a penalty 70 minutes when his run ended with a small touch on his back by Reece James, but a shout was all the referee John Busby allowed.