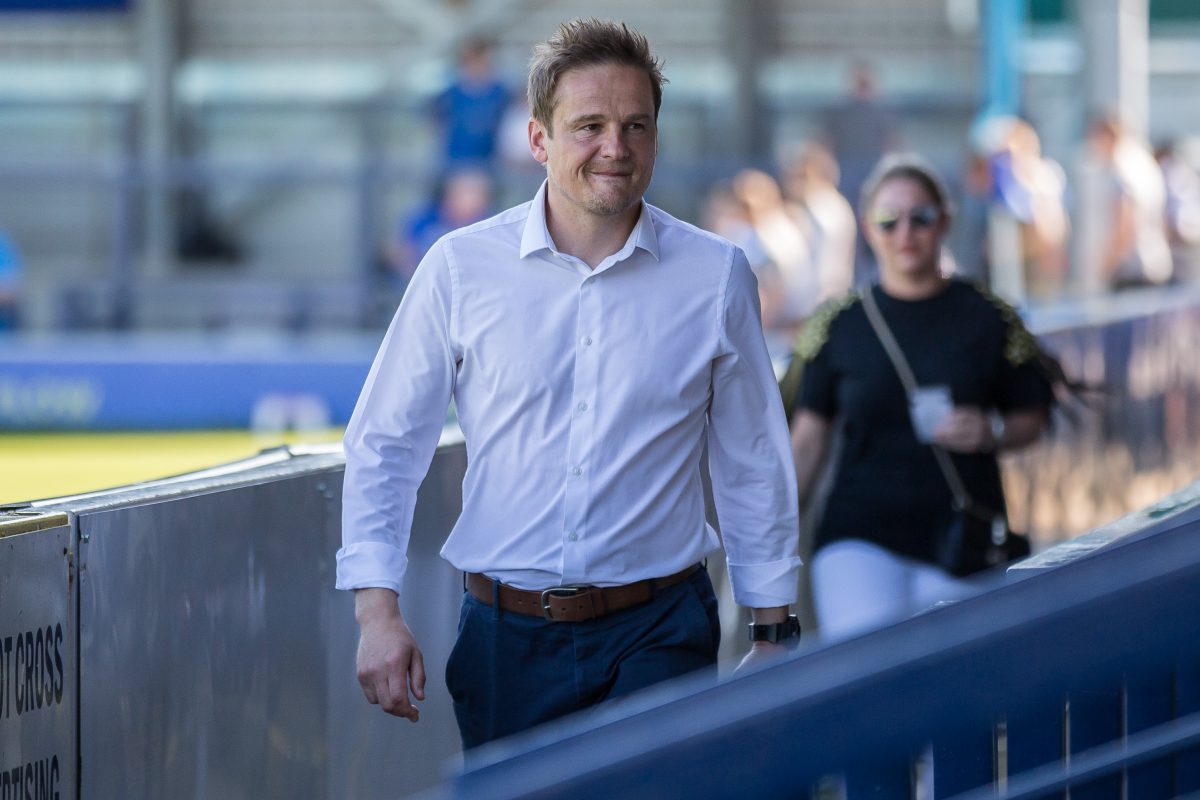 AFC Wimbledon manager Neal Ardley admitted there is no prospect of a restful close season given the need to refresh a squad with one of the smallest playing budgets in League One, and his travails a year ago – and injury problems this season – ensure he knows how gruelling summer can be.

“How many we’ll need I don’t know,” said the Dons boss of his playing squad. “I found last season’s transfer window very difficult because you’re trying to raise the standards for a better quality of player but without the funds to do it. It was a bit tougher maybe than it was in League Two but we’ve already started our research and we’ll keep trying to get it right.”

With last year’s summer signing Kwesi Appiah suffering an injury-hit debut campaign with the Dons, Ardley admitted to having a wry smile at seeing the Ghanaian operating in tandem with Lyle Taylor in the 2-2 draw at home to Bury that brought the curtain down on Wimbledon’s season at the weekend – not least with Taylor widely expected to move on before next season.

“Lyle and Kwesi, at the start of the first half were everything I thought they’d be this season,” said Ardley, “I couldn’t help thinking ‘if only we’d had them together…’”

Now the process has to start all over again, with a number of Dons players out of contract in the close-season.

“If you’re going to attract a new player to the club, the manager has to do it,” said Ardley, “I have to sell myself and the club if we can’t pay the money some do. [I have to sell] the strength of the club, and maybe now going back to [Plough Lane] and one or two exciting things. I have to do it and I have to travel around to be able to do that and normally nothing happens quickly.”

The Dons manager was able to reflect on a season that had plenty of ups and downs – and culminated in AFC Wimbledon playing at a higher level of the football pyramid than Milton Keynes next season.

“I’m not going to say we had a wonderful season because we didn’t set out to finish 18th,” said the former member of the Crazy Gang. “We must do better but if, at the start of the season we’d been offered a trip to Wembley [to play Tottenham in the FA Cup], being a League One club and being a league higher than another team [MK], I think everyone would have signed up for that straight away.

“We do everything we want to do for the club for the fans, so if they get a bit of satisfaction because when the going got tough their team dug in and found a way, found resolve, found character and went seven games unbeaten and stayed up – if that puts a smile on their face when other teams didn’t, then I’m very happy for them.”

Asked about his own future as one of the game’s brightest coaching prospects, Ardley was coy.

“I don’t know if there’s a bigger club that wants me so as far as I’m concerned, my head’s down and I’m focusing on the recruitment for next season. Football’s a game that changes from week to week. I’ve got no feeling [I’m going to move on] or that that’s in the offing at this particular moment.”