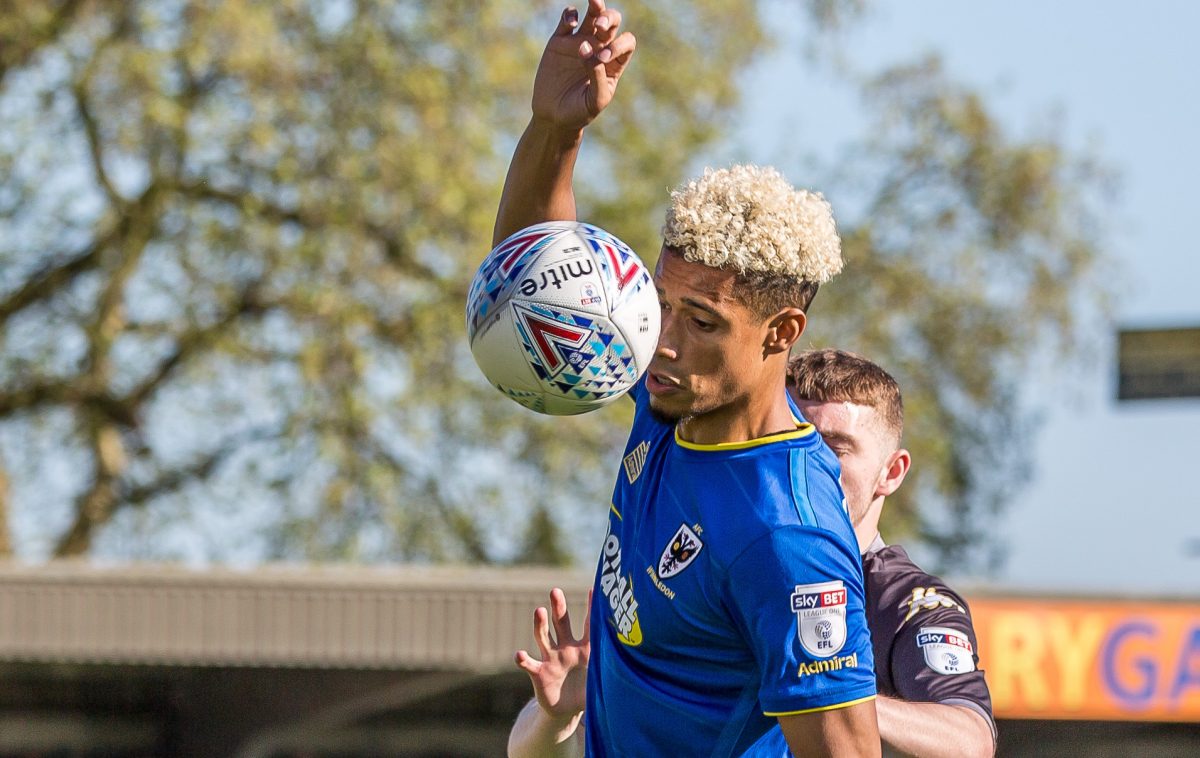 Lyle Taylor has been offered a new contract by AFC Wimbledon – but boss Neal Ardley admits he fears the talismanic striker will move on this summer.

The 28-year-old frontman recently told the South London Press that he would have difficulty turning down the chance to play in the Championship next season.

And there are plenty of League One clubs who can offer greater financial rewards to the former Millwall forward, who hit 18 goals in all competitions for the Dons this season.

Charlton were one of the interested parties in January but Wimbledon opted to keep their star attacker and instead run the risk of losing him on a free.

It throws up the strong possibility that Taylor could follow the likes of Tom Elliott and Jake Reeves, who moved on to Millwall and Bradford City respectively last summer.

Ardley said: “We will do our best with Lyle but I think he will go on to bigger and better things.

“It’s always worth making a contract offer to anybody you want to keep at the club. If there was a fantasy football league in League One, Lyle Taylor would probably be one of your best signings – even though he is at a team down the bottom who haven’t scored many goals.

“He has played a part in so much of the good that we do.

“If Lyle Taylor isn’t at AFC Wimbledon next season then we’ve got huge boots to fill.

“It was the same with Tom Elliott. We offered him a new deal. But sometimes you just have to accept that players – rightly so – want to go to a bigger club in their prime.

“Lyle is 28 – why wouldn’t he want to go to a bigger club and earn more money? He has got a short career and these players don’t get paid a fortune. For me, I have to accept that as part of the job. It doesn’t make it any easier. I’m sure some of the fans don’t understand it and think it’s my fault if he leaves. But we have got three outstanding years out of a player who has probably never had better anywhere else.”

Taylor has been a main man at Wimbledon since joining from Scunthorpe in July 2014.

Ardley has definitely got the best out of the South Londoner, so what is the secret?

“He needs love,” said the Dons chief. “He needs adulation. He is a little bit of a maverick. What you get from a maverick on the pitch is something other players can’t do and the team needs something sometimes to make a difference.

“You look at his goalscoring record and assists he has had over the seasons, he’s been a phenomenal signing for us.

“I’ve had to at times bite my lip, take a step back and let him get away with stuff that one or two others might not – just to manage him, get him on that pitch playing his heart out for us.”

Darius Charles, Dean Parrett, Jon Meades and Egli Kaja have been offered deals – and their decisions will impact the amount of transfer activity at the League One outfit.

“There will be a reasonable turnover,” said Ardley. “It’s hard because the facts are when you have a good player at a club like ours, who does exceptionally well for you like a Tom Elliott, Lyle Taylor or Jake Reeves, they will end up commanding more money and being more expensive further down the line within your small budget.

“You’ll have to pay them more to keep them there and other clubs want them. On the flipside you will have a player who doesn’t turn out to be as much of a success as you hoped and you end up parting company and moving on – trying to get better in.

“It is hard to keep a core of a team together when you’re Wimbledon.”