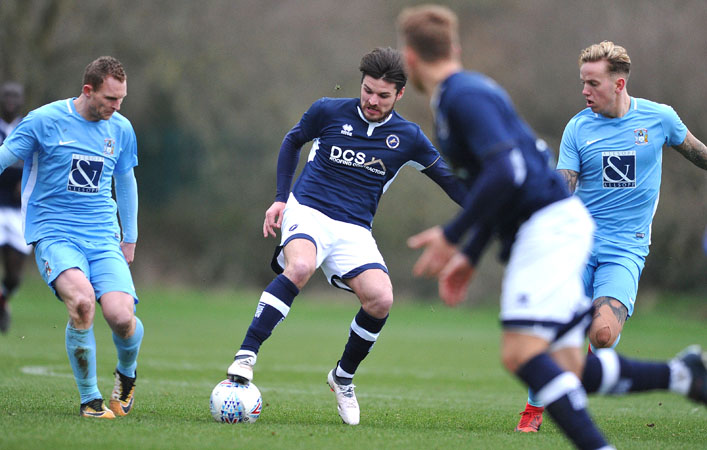 Ben Marshall did not have far to look when it came to getting the lowdown on what a loan switch to Millwall entailed.

The Wolves winger, 26, was a deadline day mover to the South London club.

He is the third transaction between the two clubs this season with George Saville and Jed Wallace both making Molineux exits, but on a permanent basis.

The duo previously had loan spells with the Lions before deciding that life in SE16 suited them.

Marshall said: “I knew Sav more than Jed – I spent a bit more time with him. I gave him a call to see what it was like and he couldn’t say anything bad about the club.

“I’ve only been here a week but I can see what he is on about. The lads are good, training is good and the manager is spot-on.

“I had a few clubs interested in me but this move just felt right.”

Marshall has played just 119 minutes of Championship football for the league leaders. His longest on the pitch for Wanderers this season was 59 minutes against Millwall in September, Diogo Jota scoring the only goal of the game.

“It has been frustrating but sometimes it’s football,” he said.

“I got injured in pre-season, which didn’t help. When I came back the lads were flying. Just from there it has been difficult to get in.

“The lads in my position have not put a foot wrong, so I can’t be too upset

“There are people doing better than me, that’s just life. I asked the manager if it would be alright to go out on loan, that it had been tough for me, and he said yeah. There are no hard feelings there.

“First of all I just need to get back playing until the end of the season and then re-evaluate from there – speak to Wolves and see what they want to do.”

“I played 60 minutes for Millwall’s under-23s on Monday and I still think I’ve got a little bit to go to be at full fitness,” he said.

“I maybe just need the rest of this week training and next week, then hopefully I’ll be fully at it.

“The lads here are doing very well, I might have to bide my time. If I get a chance I’ll be looking to stay there.

“I felt better than I thought I would on Monday. It was nice to get a few touches and get a feel for it again. I’m glad I played, hopefully it will pay off.”

Marshall came through the academy ranks at Stoke City before permanent moves to Leicester City, Blackburn Rovers and Wolves. He has already played over 300 matches in all competitions.

“I was lucky to be able to go out on loan when I was young to get Football League experience,” he said. “I’ve had a couple of injuries in my career but it has not been too bad.

“I’m hoping to keep racking those games up.

“I’ll play wherever. I spoke to the manager here and he said he’d like to try me in a few position – but mainly on the wing.

“The aim is to keep getting results. We beat Reading 2-0 and beat them well. Maybe sometimes in the past you go to big teams and think it is going to be a challenge but the side here is capable of beating anyone – especially at home.”