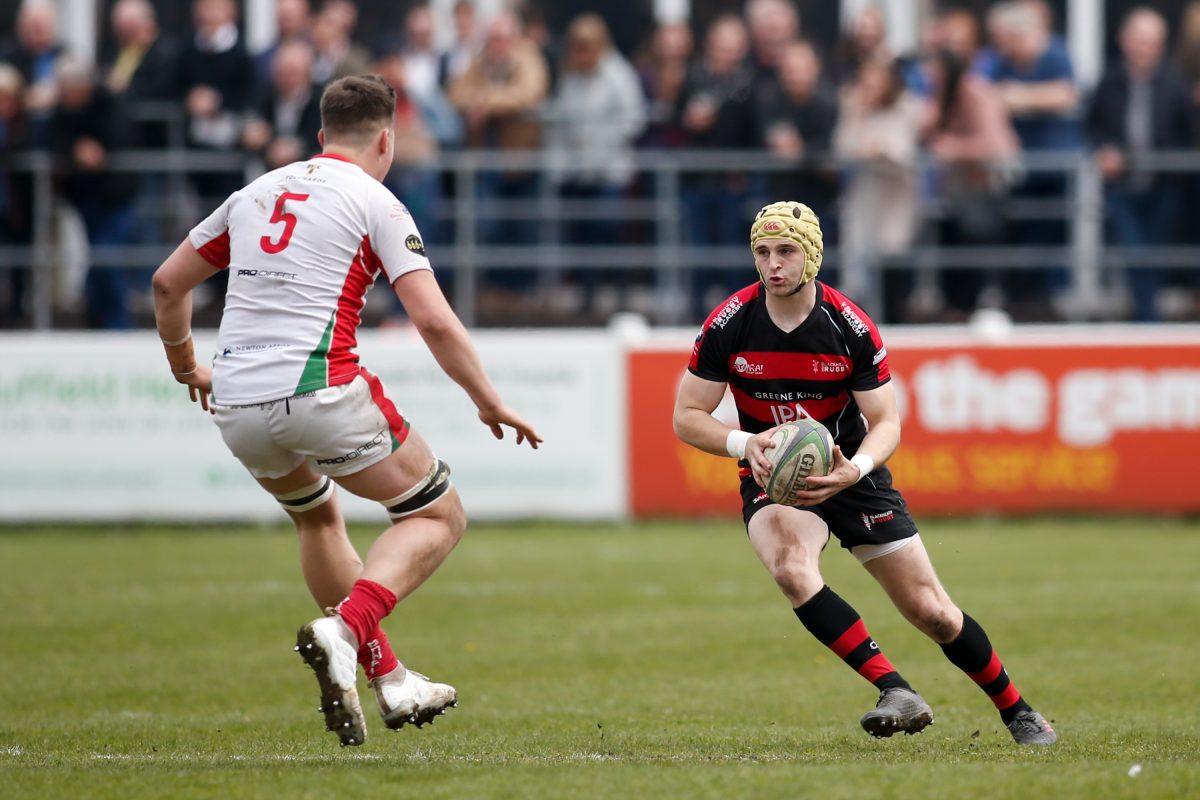 By Graham Cox at The Brickfields

Perhaps it was inevitable.  Since the start of the year, Blackheath have enjoyed an immaculate record on home soil, culminating in the enthusiastically-greeted victory over local rivals Old Elthamian a week ago which secured fifth position in National League One.

Away from Well Hall, however, the Club’s travelling support have witnessed just one win in 2018, this final encore proving as disappointing as any previous performances on the road.

Plymouth, on the other hand, with two further matches still to play, looked far less demob happy and, possibly with the memory of their narrow 32-31 loss at Blackheath on the opening day of the campaign, courtesy of Joe Tarrant’s last-ditch penalty, produced such an effective display in front of the large audience at Brickfields that the opposition were wiped out by the interval.

Blackheath’s only real scoring opportunity in the first period came in the second minute as Sam Evans, starting at fly-half, saw his long-range penalty drift just wide, but that and a few breaks from Geoff Griffiths, playing against his former club, were the only interruptions to a largely one-sided half.

Sandwiched between was arguably the best try of the match. Albion head coach Kieran Hallett, donning the number 10 jersey as the result of an injury crisis made a delightful break in midfield before the Club’s defence was stretched for second-row Lewis Pearson to cross.

Dean Squire added try number four on the stroke of half-time to make it 22-0.

An improved Blackheath halted the flow and drove Harry Fry across from a five-metre tap-penalty on the hour, but it was far too little and far too late, and as the game became increasingly untidy a number of flare-ups punctuated the finale, culminating in a red card for Albion second-row Eoghan Grace

With the screen brought down Blackheath’s National League One season, eight Club players now move on to form part of the Kent squad that will compete in the County Championship and the Bill Beaumont Cup which begins against Hertfordshire at Cheshunt RFC on Saturday.

Blackheath will be hosting the South East London Sevens in aid of ‘Cardiac Risk in the Young’ at their Well Hall home in Kidbrooke Lane on May 12.

Organiser Emily Rutter said: “It will feature sides from all over south-east London and there will be elite competitions for both men and women, as well as a social tournament,’ said Emily, who plays for the Blackheath Women’s team.

“The event will begin at 10am, with the finals late afternoon and followed by music into the evening, and there will family fun with stalls raising money for the charity, gourmet food and bar available all day.”