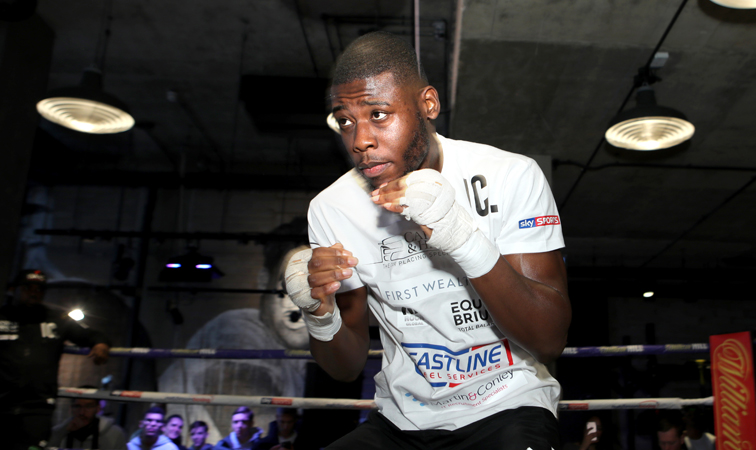 Isaac Chamberlain has been told he can bounce back from his first professional defeat by promoter Eddie Hearn.

Billed as “British Beef” due to the pair providing plenty of needle in the build-up, it was anything but a tasty morsel for punters.

Chamberlain was knocked down within the opening minute, dropped again in the sixth and also deducted a point for holding.

Okolie, equally at fault for the messy nature of the bout as the pair repeatedly tied each other up in clinches, was penalised for the same offence in the ninth.

Hearn had hyped up the bout before and was left puzzled over why it failed to deliver.

“I don’t know if it was inexperience from both or that Chamberlain was hurt from the first knockdown, was recovering and holding on,” said the promoter. “Or Lawrence trying to impose himself on the inside.

“The first round was exciting, the 10th was exciting and the rest was bang average – poor.

“It was a really good night of action and I was hoping with the main event it would be a blinder. What can you do? There is a call for fights. I still feel it was the right time but they just didn’t really produce.

“I went to see Isaac and said ‘your profile is through the roof – I know it wasn’t the greatest performance but come back in an eight-rounder and go and challenge for titles.”