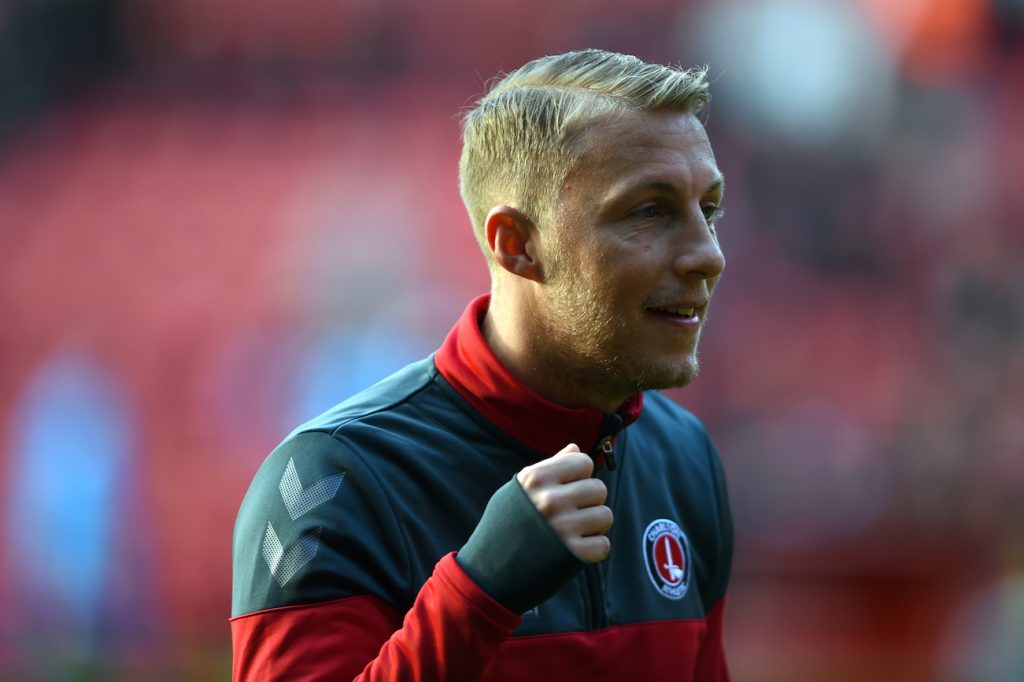 Chris Solly wants to stay with Charlton Athletic for the rest of his career, writes Louis Mendez.

The 26-year-old academy graduate made his 250th appearance for the club at Scunthorpe on Saturday, 15 years after first joining the South Londoners as an 11-year-old.

The full-back also revealed that he’s never been tempted to up sticks and move away from The Valley.

“It’s strange in a way,” admitted the full-back.

“There’s not been a time when I’ve really thought about leaving. I’ve always enjoyed being at the club, even through the difficult times I thought if we come out the other side it’ll be nice to still be here and be a part of that. That’s how I’m still feeling now, I want to get the club back into the Championship and be a part of that still.

“I’ve basically been at Charlton my whole life, since I was 11-years-old. Every time I play, obviously over the course of the last few years I’ve had a few injuries, so each landmark like this is a real honour and something that I’m proud of.

“The dream since I was a little kid was to make it as a professional and as soon as I signed for Charlton as an 11-year-old my aim was always to get into the first team and make as many appearances as I could.”

The local boy turned fans-favourite has experienced countless highs and lows during his Addicks career but singled out the 2011-12 promotion season under Chris Powell as the highlight so far – and hopes that he and his team mates can repeat the trick during this campaign.

“I’m hoping that this season can emulate that. It wouldn’t mean more, because that was my first promotion. What it meant to the club and the group of lads we had then was unbelievable. I see similarities this season to what we had then. We’ve got an unbelievable group of lads. Captaining the side would be nice as well but the first one is always special as well. They both would mean as much to me.”