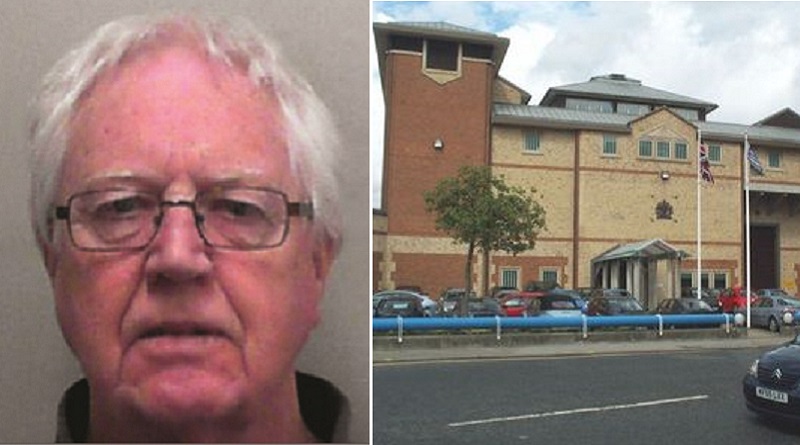 ­A convicted paedophile has been sentenced to a further 16 months’ imprisonment after he was convicted of sexually abusing a young boy.

Glyn Davies, 74, pictured inset, pleaded guilty to four counts of indecently assaulting a boy under the age of 14 between January 1985 and December 1988.

He is serving a six-year prison sentence at HMP Bure, after a conviction in 2016 of two counts of indecent assault of a boy aged under 14.

At Croydon Crown Court on September 5, Davies was sentenced to 16 months’ imprisonment, to be served consecutively to the sentencing he is already serving.

The court heard Davies was a dance/drama teacher who ran a stage school in Coulsdon in Croydon at the time, and was known by the name of Glyn Knowles when he committed the offences.

The victim, who was aged between seven and 10 at the time the offences were committed, contacted police after seeing a story about Davies’ 2016 conviction.

He told police that Davies used to take him into another room during drama class and sexually abuse him.

PC Laura Davies, of South Command Unit Safeguarding, said: “Davies also used the surnames Knowles, Krauss and Krauss-Davies during the 1980s and there may be other victims who are yet to come forward.

I would urge anyone who is yet to speak to police to contact us.”