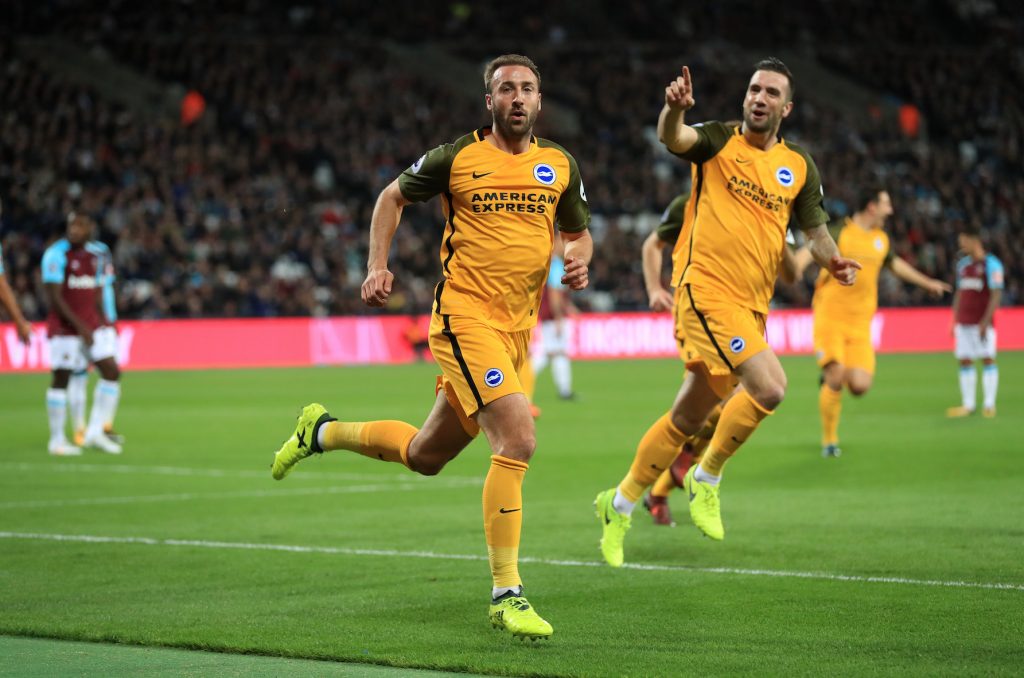 Steve Parish has described selling Glenn Murray as a “massive regret” – with the former Crystal Palace striker set to come up against his old employers next week.

Murray was a fans’ favourite in SE25 after his goals helped fire the Eagles to promotion, his success made sweeter by the fact he had been plucked from arch-rivals Brighton on a free transfer.

But the 34-year-old was sold to Bournemouth in 2015 – when Alan Pardew was boss at Palace – and is now back with Brighton.

The Eagles head to the Amex Stadium next Tuesday and Murray has hit the goal trail since his double at West Ham on October 20.

Parish was asked about Palace’s former frontman at The Business Show in Olympia. He said: “The fact Glenn is not at this club is a massive regret for me. We made a mistake, simple as that.

“He did have a cruciate [knee injury] and I was told by managers he wasn’t good enough and that he wouldn’t make it. In the Premier League he didn’t do this and he didn’t do that.

“It’s difficult. They are your football experts. I don’t think they were doing it out of spite, that they didn’t like Glenn – that’s what they actually believed at the time.

“Maybe they hadn’t watched him enough. Sometimes you don’t realise people are good enough until they are given the opportunity.”