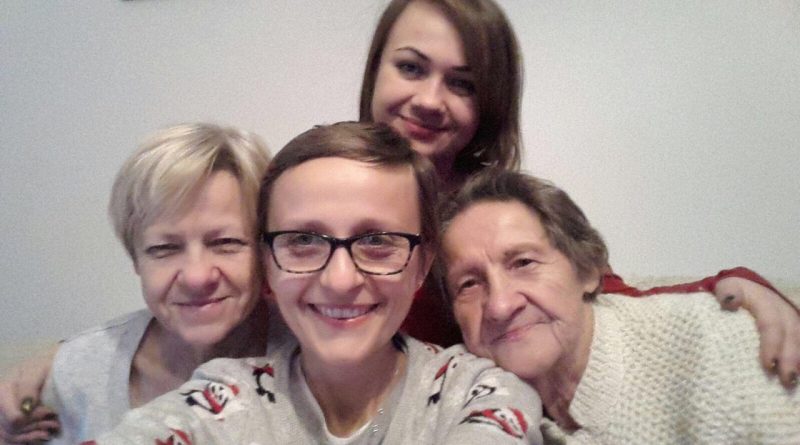 A five-a-side football team has pledged to play for six hours straight against six different teams to try to save a woman whose rare cancer has returned three times.

The Samba Quays football team are coming out of retirement to play competitively for the first time in 10 years to fundraise for a player’s wife, Ula Nowakowska, who has already been referred to a hospice.

The team will attempt to complete their challenge on Sunday at the Brixton Recreation Centre, playing each team for one hour at a time without any breaks, to raise £25,000 for her treatment.

Samba Quays player Jonny Breeze said: “As tough as the six-hour football marathon will be for us Samba boys, all nearing 40, it’s nothing compared to what Ula’s been through.

We can only hope we raise a ton of money and awareness, please give generously.”

Ula said: “I am so touched and moved by the amazing support and generosity of the Samba players, all of the players taking part and everyone involved in organising this event.

I will keep fighting and I would just like to say thank you to you all.”

Ula was diagnosed with Synovial Sarcoma in her lung in April 2015 and has been on a rollercoaster journey to find treatment in the UK, being forced to find alternative procedures in Turkey and Germany.

Ula was told by doctors that she was cured after chemotherapy and a surgical operation to remove the affected area – only to have the cancer return six months later.

She asked for another round of surgery – but was denied as the doctors believed the cancer would come back again, Ula was told she only had 18 months to live and she should find a way to enjoy them. But she was determined to find another way.

Later that year she began a course of radiotherapy followed by another operation which removed her entire right lung.

She was told again that the cancer was gone – but it returned, this time only five weeks later.

Ula said: “There were no other treatments available for me and all the doctors could offer were two more cycles of chemotherapy.”

She was advised to try immunotherapy privately – instead of chemotherapy. Ula was forced to withdraw her pension to pay for it.

But a new tumour appeared and doctors were at a loss as to how to treat her. Ula’s research into alternative methods took her to Turkey for a procedure not provided by the NHS.

Again, she began to see positive results, with a 95 per cent reduction in the tumour, but the treatment stopped working and the cancer returned.

She said: “At this point my bone marrow was so destroyed by all the therapy that I could not get on to any new clinical trials because my blood platelet count was too low so I was referred to a hospice.”

But Ula is still not giving up. She has found another expensive treatment method in Germany where chemotherapy chemicals are repeatedly injected straight into the tumour over a period of days.

Ula and husband Basil El-Titi got married last July as they wanted to do it before it was too late.

It was at the wedding that Basil and his friend Johnny Breeze came up with the idea for the six-hour football match fundraiser.

He said: “My wife is an incredible woman with a big heart and she has always led the way along this long and difficult journey with incredible strength and courage, I am so proud of her.

When my old team came to me with the idea for this event I was very moved.

They are a great bunch of lads and I am so grateful to them and all of the players taking part, many of whom have never met myself or Ula.”

You can help Ula and the Samba Quays by donating in her JustGiving page at https://www.justgiving.com/crowdfunding/samba4ula.